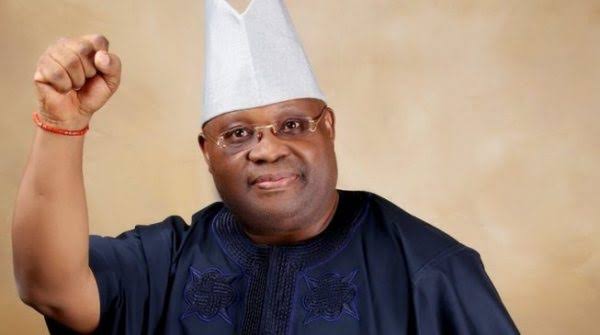 The Election Tribunal for the Osun State Governorship, sitting in Abuja has declared Ademola Adeleke, candidate of the Peoples Democratic Party as winner of the September 2018 election in the state.

The 3-man tribunal upheld the petitions filed by Adeleke and the PDP, challenging the victory of the All Progressives Congress (APC) and Governor Gboyega Oyetola at the September 2018 governorship election.

The tribunal had earlier dismissed the objections of the APC and Oyetola. It said Adeleke’s petition has merit. The tribunal also declared the rerun election as illegal.

The PDP and Adeleke, had filed a petition asking the tribunal to declare that he polled the highest lawful votes and should be declared the winner.

But Oyetola, APC and INEC had filed their notices of preliminary objection contending among others that the petition was incompetent and that the court lacked jurisdiction.

A three -member panel of the tribunal , dismissed the objections filed by Gov. Oyetola, APC and the Independent National Electoral Commission (INEC). Both Adeleke and the PDP in their different petitions had urged the tribunal to declare that he scored the highest lawful votes in the election and should be declared as winner.

However, Oyetola, APC and INEC filed their notices of preliminary objection against the petition on the grounds that the petition is incompetent adding that the court lacked jurisdiction to entertain the petition.

Delivering the‎ lead ruling of the three-man tribunal, Chairman Ibrahim Sirajo, held that the objections were misconceived and struck them out.

The Tribunal held that the CTC should and must be an exact replica of the EC8A pink copies. The discrepancies must therefore be explained and justified by INEC.