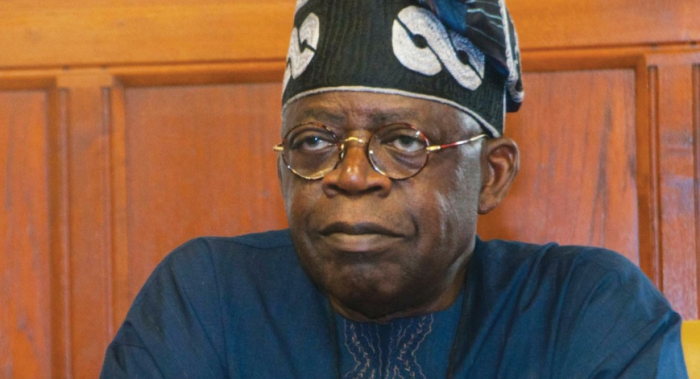 Sahara Reporters has obtained original copies of a judgement in the case of United States v Bola Ahmed Tinubu, the former governor of Lagos State, in which Bola Tinubu was charged (along with other defendants) in a case of massive drug trafficking and money laundering. This judgement directly relates to (and further documents) the September 16, 2008 “How U.S Federal Agents successfully Linked Bola Tinubu to drug Trafficking Ring in Chicago” report by Sahara Reporters

The United States of America, by its attorney, Michael J. Shepard, United States Attorney for Northern District of Illinois, for its verified complaint of forfeiture, states as follows:

1. This is a FORFEITURE action under 21 U.S.C , ss88 and 18, ss 981…..
2. The DEFENDANT funds are located in the above-described accounts and were SEIZED pursuant to PROCESS ISSUED BY THIS COURT….
…
4…. beginning as early as 1998, Adegboyega Mueez Akande, WITH OTHERS OPERATED a organiszation (sic) which DISTRIBUTED WHITE HEROIN, a controlled substance under Title 21 of the United States Code.
5…. this DISTRIBUTION OPERATION was conducted on a LARGE SCALE and the PROCEEDS of the operation SUBSTANTIAL. The defendant funds represent proceeds of this OPERATION of property involved in MONEY LAUNDERING.
6…. the defendant funds represent proceeds of NARCOTICS TRAFFICKING … and … MONEY LAUNDERING….. the funds are therefore FOREFEITABLE to the United States….

JUDGEMENT:
j… Neither a claim nor answer has been filed on behalf of the defendant funds …. accordingly, it hereby
ORDERED that the funds in the AMOUNT of $460,000 in account…. in the name of BOLA TINUBU represents proceeds of NARCOTICS or were involved in financial transactions in violation of 18 U.S.C ss 1956 and 1957 and therefore these funds are forfeit to the United States…..

Facts have emerged that the erstwhile Governor of Lagos state, Asiwaju Bola Tinubu may have been involved in a white heroin trafficking network which operated in Chicago and some parts of Indiana and led by one Adegboyega Mueez Akande between 1988 and 1993. The source of the white heroine was identified as one Mr. Lee Andrew Edwards who was incarcerated for attempting to murder a federal agent while the agent was executing a search warrant on him.

in the name of Bola Tinubu because there was probable cause to believe that the funds in Tinubu’s bank accounts represented proceeds of narcotics trafficking or were monies involved in financial transactions in violations of 18 U.S.C, sections 1956 and 1957 and therefore, was forfeitable to the U.S Government.

However, in a tacit defense of the ownership of the funds, Asiwaju Bola Tinubu averred in Court that the funds belonged to himself, his wife, K.O Tinubu and his surrogate mother, Alhaja Mogaji and warranted that they had exclusive right, title and interest to the funds.

In an affidavit sworn to by Kevin Moss, a Special Agent with the United States Internal Revenue Service, criminal investigation division in support of the verified complaint for forfeiture of Bola Tinubu’s moneys held in various Bank accounts, the agent gave a vivid account of how he came to the conclusion that the funds were proceeds of narcotics transaction in violation of the U.S law.

Mr. Moss averred that prior to and during 1988; the government became involved in the investigation of a white heroin trafficking network operating in Chicago, Illinois and Hammond, Indiana. The investigation disclosed that an individual known as Lee Andrew Edwards was a source of white heroin. The government sources provided information about Lee Andrew Edwards including the identity of a telephone number which activated in electronic pager. This pager according to him was to be called to place an order for white heroin. According to Mr. Moss, this pager was subscribed to by one Adegboyega Mueez Akande who at that time was a resident of Chicago.

Mr. Moss further averred that during February 1988, an individual named Abiodun Agbele arrived in the U.S from Nigeria and during investigation by the government, Agbele disclosed that Akande was his uncle who provided him an apartment in Hammond, Indiana.

According to Agbele, Mr. Akande returned to Nigeria in1990; however, before he left, he instructed Agbale to serve as a source of white heroin for Mr. Lee Andrew Edwards as a result of which Agbele sold white heroin for Lee Andrew Edwards on numerous occasions. Following a tip off, Agbele sold one ounce of white heroin to a law enforcement agent undercover on November 28, 1990 for $7,000 and was subsequently arrested. After his arrest, Agbele agreed to cooperate with the law enforcement agents regarding the white heroin distribution and network of Akande.

According to Agbele, Akande controlled the operation of white heroin from Nigeria in conjunction with other individuals in Nigeria and the U.S. One other individual who worked with Akande according to the affidavit was identified as Bola Tinubu who later became the governor of Lagos state from 1999 to 2007.

The investigation also revealed that in December 1989, Akande took Bola Tinubu to First Heritage bank where Bola Tinubu opened an individual money market. In the account opening application, Tinubu, gave his address as 7504 South Stewart, Chicago, the same address used previously by Akande and his company, Globe-Link. This is the same address used as the drop-off point for packages from Nigeria that contained the white heroin. According to bank records, Bola Tinubu also opened a joint checking account in his name and the name of his wife, Oluremi Tinubu. Mrs. Tinubu had previously opened a joint Bank account also in the same bank with Abdrey Akande, the wife of the heroin kingpin, Adegboyega Mueez Akande.

According to the federal agent, in a credit application dated January 6, 1990, Bola Tinubu disclosed that he resided at 7504 South Stewart and that Mueez A. Akande was his cousin. Tinubu further stated that he was an employee of Mobil Oil Nigeria Limited, Fairfax, Virginia and his take home pay was $2,400 per month. Additionally, Tinubu stated on the application that he had no other sources of income and listed his wife, Oluremi Tinubu as co-applicant for the application for automobile loan. The loan was secured with the certificate of deposit in the amount of $10,000 which Tinubu had purchased with a withdrawal from the $80,000 deposit in his checking account.

This development prompted the Federal agents to interview representatives from Mobil Oil regarding Tinubu’s employment status and his take-home pay. The Mobil Oil representatives confirmed to the investigators that Tinubu was employed by the Mobil Oil as a treasurer. Mobil Oil further told the federal agents that this position did not involve the transfer of large amounts of money between banking institutions. Mobil oil representatives also stated that under no circumstance would Tinubu be permitted to retain money belonging to Mobil Oil in accounts bearing Tinubu’s name. Finally, Mobil Oil confirmed that the corporation never had any accounts in banks in the southern suburbs of Chicago.

On January 13, 1992, Mr. Moss, the Federal agent contacted Bola Tinubu in Nigeria by phone using a number provided to the First Heritage Bank by Tinubu himself. Mr. Moss averred that during the course of the interview, Bola Tinubu confirmed that he knew Mueez Adegboyega Akande. Tinubu further admitted during the interview with the federal agent that he had wire transferred $100,000 to Akande’s bank account in Houston and that the $80,000.00 of the funds used to open the account at First Heritage Bank had come from Akande. Tinubu further admitted that he had other accounts in Fairfax, Virginia and London.

Concluding his affidavit evidence, Mr. Moss stated that with all these evidence, there was probable cause to believe that the funds in the accounts held by First Heritage Bank and Citibank, N.A in the name of Bola Tinubu represented property that was involved in narcotics transaction in violation of the U.S law. He therefore, urged the Court to issue an order of forfeiture of the funds.

After a protracted litigation in which Bola Tinubu claimed that the monies legitimately belonged to him, his wife, Oluremi Tinubu and his surrogate mother, one Alhaja Mogaji, Bola Tinubu finally opted for a stipulated settlement with the U.S government. According to the settlement Order dated September 15, 1993; Hon. Judge John A Nordberg ordered that the sum of $460,000 held by Bola Tinubu in The First Heritage Bank account be forfeited to the United States Government. The Court also ordered the release of the funds held in the Citibank account and any money held in excess of $460,000 at the First Heritage account to Bola Tinubu in line with the agreement and stipulation reached by Tinubu with the federal agents.

Ironically, this case came up at the peak of the struggle against the annulment of the June 12, 1993 presidential election by the Gen. Babagida-led military junta during which time Tinubu as a member and one of the leading financiers of the National democratic Coalition (NADECO) made several “pro-democracy” trips to the U.S ostensibly to press for U.S sanctions against the Nigerian junta. It is, therefore, doubtful whether most of those trips were actually connected with the June 12, struggle after all.

…those against e-transmission don’t want Nigeria to grow!…Prof. Julius O...

How The Lawan Senate Failed its First Major Test.