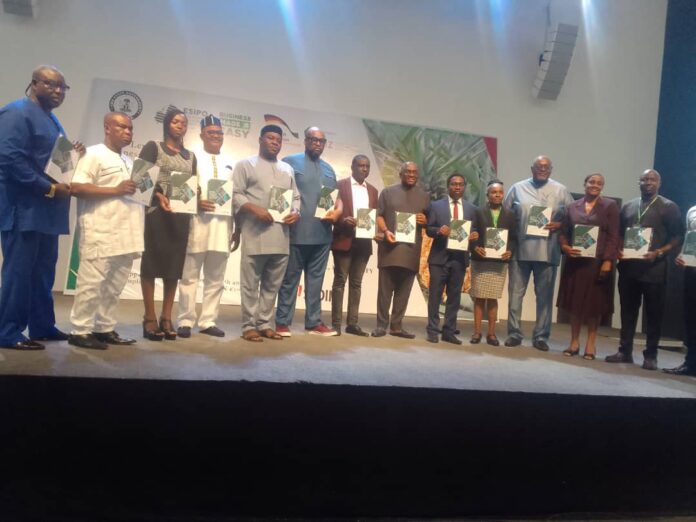 In line with the Mega Agenda of the Obaseki led administration, the Commissioner for Communication and Orientation, Mr. Chris Nehikhare has pledged to do all it takes to ensure a top notch communication of all the developmental strides of the State Government so as to make Edo State the number one investment destination in the Country.

Making this pledge during a Stakeholder’s interaction organized by the Edo State Investment Promotion Office to improve the Nationwide investment ranking of the State recently held at the festival hall in the Government House in Benin City, the Commissioner explained that the State has done a lot in terms of infrastructural development and the provision of business friendly policies which would make the State an investment destination for not just Nigerians but for foreigners from every part of the World.

Mr. Nehikhare explained that as a Ministry, communication will be disseminated to the farthest possible location so as to ensure that the people are abreast with the exceptional investment atmosphere that has been created by the government of the day, thereby boosting the investment ratings of the State to number one.

The Commissioner pointed out that with the right type of Communication, the State can be branded into the best it can be, using Jigawa State as an example. He explained that despite its high level of insecurity, Jigawa State was rated highly as an investment destination because it had been able to effectively communicate its developmental strides, such that it looked attractive to investors despite its flaws as a State.

On his part, the Commissioner for Roads and Bridges Hon. Newton Okojie said that in making Edo State an investment hub, there is great need for collaboration between the State Government and the residents. According to Okojie, the Government is ready to develop the State but due to many constrains from residents in terms of building without following the State developmental plan and illegal possession of Government properties, the State Government has been encompassed with several challenges.

Ministry Of Communication and Orientation.