Home News PDP condemns APC and Ajimobi for the Mayhem at the Oyo State... 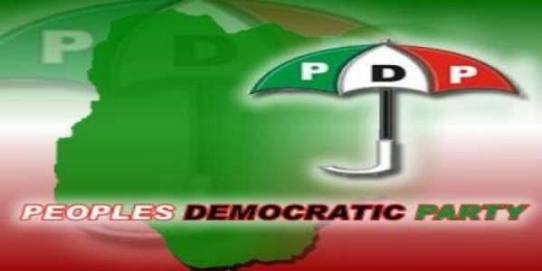 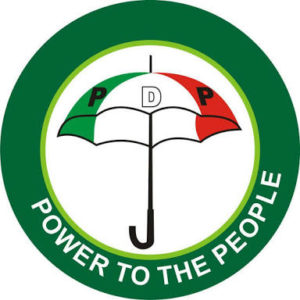 PDP condemns APC and Ajimobi for the mayhem unleashed on Oyo State people at APC congresses!!!

The Oyo State PDP has described the disruption of Saturday’s APC ward Congress in Oyo State by political thugs allegedly loyal to Gov Abiola Ajimobi as barbaric, archaic, demeaning and a disgrace to the pacesetters State.

According to the Oyo State Peoples Democratic Party, the invasion of thugs to attack Bar Bayo Shittu, a whole serving Minister of the Federal Republic of Nigeria, Sen Monsurat Sunmonu, a serving Senator, and Nine of the serving House of Representatives Members including Hon Lam Adesina, son of the former Governor Late Alh Lam Adesina who single handedly made Sen Ajimobi a governor. What a bizarre way to compensate the son of a benefactor.

The whole charade made the Oyo State PDP to be of the opinion that Gov Ajimobi faction of APC detest free and fair contest where people will freely choose their representatives without interference from the so called constituted authority that has brought suffering, sorrow and pain to the citizens of Oyo State including APC party members. The Saturday show of shame by the Gov Ajimobi faction of APC is the highest level of desperation in anybody’s quest to hold on to political structure despite massive rejection by the party faithfuls.

The party is waiting anxiously for the Gov Abiola Ajimobi to fabricate tales of lies to justify the reigns of terror attacks on APC party members opposed to the his draconian rules within the party as his faction are used to coercion to suppress the wills of other factions of APC in Oyo State.
This is a lesson for Sen Ajimobi to start learning the tenets of democracy unlike the good foundation laid by former Governor Lam Adesina of which to the dismay of lovers of democracy he has destroyed the legacy through greed and high-handedness.
About 100 APC members and innocent passersby are currently receiving treatment in various hospitals in Ibadan following the fracas thereby endangering lives of Oyo State citizens which had thrown Oyo State to the stone age when the most of the current friends of the governor who are now APC members held sway in PDP but to the God be the glory, the politicians who used to orchestrate violence in Oyo State PDP are now APC members in Gov Ajimobi faction of the party. They are allegedly fingered and accused of undermining the peace and tranquility of the State.

The Oyo State PDP is hereby calling on President Muhammadu Buhari, the Inspector General of Police, the International Criminal Court, the United Nations and other Word bodies to urgently pay attention to the happenings in Oyo State before it snowball into political killings and assassination of political opponents most especially that the APC factions opposing the Governor are not safe talkless of PDP members who are the main opposition party in the State.
Just on Sunday night, over 200 Operation Burst security outfits comprising soldiers and policemen were drafted to guard APC party secretariat at Oke Ado while violence rages on in some parts of Ibadan like Oopo Yeosa, Ita-Safu, Ita-Moya Abebi and environs where several lives were lost without police presence.

Unfortunately, the Gov Ajimobi APC faction has cripple the state in an attempt to hijack ordinary party’s structure at the Ward level knowing fully well that he has turned the once flourishing and vibrant party to a dying party of no value.
In preparation for 2019 elections, the Oyo State PDP now knows better, we assure they will meet stiff resistance from our members and the electorates if there’s any attempt to manipulate the wishes of the electorates.
No amount of underhand means, intimidation, brigandage and crude display of wealth and even the thinking of the Gov Ajimobi APC faction to engage in vote buying will stop the people’s will to install a fresh hand in Oyo State.

The Oyo State PDP is making it clear that the party is ready for Gov Ajimobi or any of his surrogates from his faction, PDP campaign is based on transparent, free and fair elections because we have the suffering people of the state who have experienced good governance under the then PDP government of Sen Rashidi Ladoja on our side

One must commend the gallantry of the the APC faction led by Honorable Minister of Communication, Bar Bayo Shittu, for their reaction to the attempt to compromise their internal process.
It must have been crystal clear to Gov Ajimobi that his failure to pocket his once obedient party members signal that people only tolerated his excesses pending this time that his days are numbered and the electorates are eagerly awaiting his exit with funfair and a loud celebrations reminiscent of General Idi Amin of Uganda inglorious days in power.