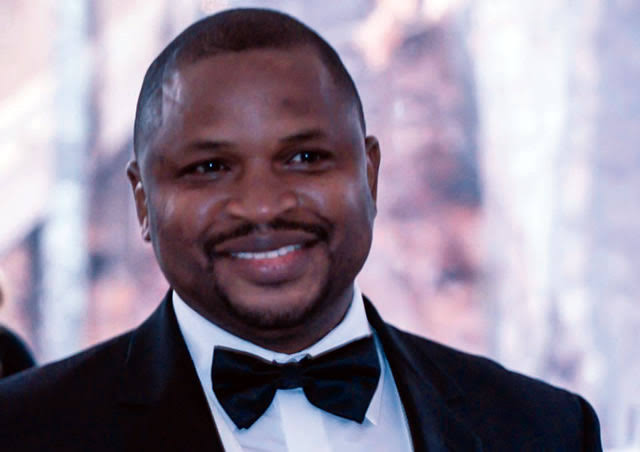 My column in today’s Nigerian Tribune. Snippet: On June 11, 2019, Nigeria inaugurated what promises to be the most servile and least independent National Assembly in Nigeria’s entire history. The new Senate President and the new Speaker of the House of Representatives, whose ascendancy to their positions was enabled by nakedly transparent executive manipulation, are unabashedly obsequious grovelers to the presidency.

New Deputy Senate President Obarisi Ovie Omo-Agege’s cringe-worthily sycophantic genuflection to Muhammadu Buhari in the Presidential Villa on June 11 is perhaps the most symbolic affirmation yet of the loss of any pretense to legislative autonomy in the coming months and years. The National Assembly will no longer be an independent arm of government; it will now be an extension of the presidency and an assemblage of fawning factotums of fascism.

Senate President Ahmed Lawan has been transparent about his desire to transform the Senate into a congregation of slavish yes-men (and women) to Buhari. He lived up to this desire on June 13 when he rudely stopped Senator Istifanus Gyang’s motion to debate the substance of Buhari’s uninspiring and uninspired “Democracy Day” speech, which signposts many dangers ahead, as I will show shortly.

Similarly, when Senator Lawrence Ewhrudjakpo pointed out that former Secretary to the Government of the Federation Boss Mustapha should not be formally addressed as the SGF in official communications from the Senate since his tenure has expired and he hasn’t been reappointed to his position, Lawan rejected his suggestion and said, “the Senate must do everything within its powers to nurture a good working relationship with the Executive arm of government.”

So it’s obvious that Lawan wants no one to cherish any illusion that he will be anything but a fawning lapdog of the executive. There is no indication that House of Representatives Speaker Femi Gbajabiamila, who owes his position to the support he received from the minions of the executive, also won’t be a servile poodle of the presidency….

Here is why that is dangerous. If Buhari survives his current stolen mandate, all indications point to the possibility that he won’t give up power to anybody for as long as he is alive. Buhari exults in the glories and perks of power and can no longer imagine life outside it. He will most likely instigate a constitutional amendment to extend his tenure beyond four years. With the unprecedentedly malleable and bribable National Assembly we have now, this would be a cakewalk.

This may come across as an ill-willed, off-the-wall prognostication, especially for people who have not developed a heightened appreciation of Buhari’s persona. When I told a senior retired military officer that Buhari would lose the 2019 election, would never hand over to the person he lost to, and would instruct INEC to announce him the winner of the election and nothing would happen thereafter, he thought I was being hyperbolic. He later called to say my predictions had materialized.

Nearly four months after the presidential election, INEC has not given a breakdown of the vote count. Atiku Abubakar’s team, meanwhile, has made available to the world the raw data of the election that it said it got from INEC’s server, which shows that Buhari lost the election by nearly two million votes. APC’s henchmen initially scorned this claim. However, after they found the evidence to be incontrovertible, their scorn turned to panic. They charged the Atiku team with “hacking” into INEC’s server and demanded that they be prosecuted.

Nevertheless, INEC, which spent hundreds of millions of naira for a server and even trained its staff on how to transmit the results of the election to the server, now says it has no server—and has refused to make the results of the election available to Atiku’s legal team in spite of court orders asking it to do so. So, if INEC has no server, which server did APC accuse the Atiku team of “hacking”? This is the most damningly self-evident proof that the results of the presidential election that INEC announced have no association with the actual votes cast on Election Day. In spite of this knowledge, however, there is no outrage anywhere. Even many previously critical people have moved on.

Buhari has caused the nation to be in a state of suspended animation in ways never seen before. He will walk to a life presidency in this state. He has already given broad hints of this in his so-called Democracy Day speech, which Senator Istifanus Gyang wanted the Senate to discuss. In the speech, Buhari extolled China’s and Indonesia’s progress “under authoritarian regimes.” Of course, he tempered this with a tepid reference to India, which also “succeeded in a democratic setting.”

Now, why would a supposedly democratic leader eulogize totalitarian regimes in a “Democracy Day” speech? It wasn’t an innocent, unintended miscue. It was intentional. He was flying a kite. I study presidential rhetoric and know that presidents habitually deploy the symbolic and discursive powers of formal speeches to frame, reframe, define, and redefine national conversations.

Buhari didn’t stop at glorifying authoritarian regimes and subliminally linking them with development (while craftily mentioning a lone democratic example just to blunt potential criticism), he also said, “With leadership and a sense of purpose, we can lift 100 million Nigerians out of poverty in 10 years.” His current stolen mandate has a four-year duration. Why did he make a 10-year projection?

People who haven’t come to terms with Buhari’s plans to rule for as long as he is alive would say governments traditionally make projections way beyond their tenures since governance is supposed to be a continuity. Well, we know that governance isn’t a continuity in Nigeria. Governments in Nigeria derive the notional basis of their legitimacy and independence by instinctually opposing and upending the programs and policies of their predecessors—even when they are from the same political party. The Yar’adua administration, for instance, defined itself in opposition to the Obasanjo administration even though both belong to the same party and Obasanjo, in fact, made Yar’adua’s emergence possible.

Plus, fulsome praise for authoritarianism from a power-obsessed man who is also making projections into the future that exceed the limits of his constitutionally guaranteed tenure should, at the very least, invite curiosity and a search for clarity. Now, why would the leadership of a branch of government that works through deliberation squelch a conversation about this?

Former President Olusegun Obasanjo’s bid for a third term was thwarted by a virile, independent National Assembly. Now that the National Assembly has been fused with the presidency, there will no resistance to executive tyranny.

Buhari’s self-perpetuation bid, when it does finally unravel, will be unchallenged in the National Assembly. With a compromised legacy and digital-native news media formation, a decapitated judiciary, a purchasable civil society, and hordes of homeland and diasporan mercenary intellectuals for hire, Nigeria is sleepwalking to self-annihilation.