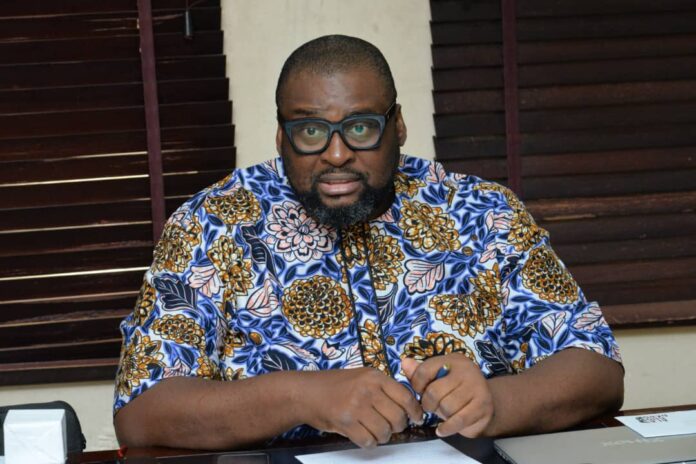 …Our Land is our Oil

On land grabbers; “…We will chase them, Catch them and then Prosecute them…”

Edo state government is targeting N6 billion monthly Internally Generated Revenue (IGR) to keep the state afloat with most of the revenues coming from land transactions. Chris Osa Nehikhare, the state Commissioner for Communication and Orientation disclosed this at a press briefing over the weekend. He said the Government was very serious about ridding the State of land grabbers.

He stated: “We have now set ourselves a target of 6 billion monthly as our IGR with effect from January next year and we know we can achieve it because we have a lot of land and have created an enabling environment for businesses and investments in our state to thrive.

“To achieve our 6 billion IGR target, the burden will not be on the people already in the tax net, what we are doing now is expanding the net by leveraging on the resources that God has given us to make money from. We must recognize and acknowledge that our land is our oil. The revenue generation will come from land-related matters and we will be putting in place all the necessary framework and laws to ensure we maximise all available tax collectable in our land administration,” he said.

“With 6 billion a month we can do a lot more for Edo people. We will tackle the infrastructure deficits, we will be able to spend more on roads, schools and health care. We will employ more people, get the youths off the street by developing and teaching them new skills while preparing them for their future.

The Commissioner also reiterated that the State Government decided to claim its land in the Irhirhi area, measuring about 1,226 hectares for the development of a new town.

You will recall that the area was invaded by Land-grabbers who criminally sold the land to unsuspecting members of the public. As a result, the Police declared some people wanted. Some have gone to the police and cleared their names. However, investigation is still ongoing. Those that are being recalcitrant, that have also been linked with other crimes, like gun running, kidnapping and cultism will very soon see their faces and names splashed across billboards in Edo State and all over the country declared WANTED. Investigation has also revealed that there is a correlation between land grabbers and violent crime in Edo because of their penchant for quick money and reckless spending.

“They sell land, squander the money, and when they are broke they sell another one and the circle keeps going over and over again. Often times than not, they ‘declare war’ on neighboring communities, killing and maiming each other just to have “rights to sell land” albeit illegally. Edo State government is serious about chasing these people, catching them and prosecuting them and enforcing the policy on land administration and building approvals and permits. Nehikhare emphasized.