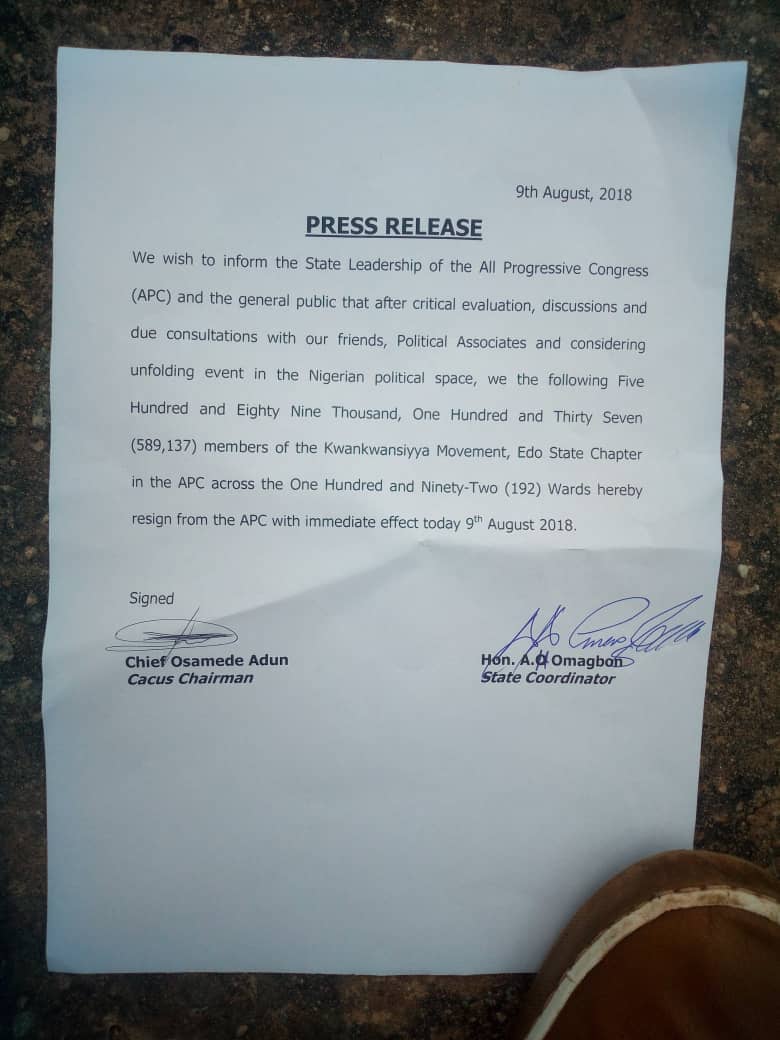 The wind of defection blowing across the country has landed in the home state of the National Chairman of the All Progressives Congress (APC), Adams Oshiomhole as leaders and members in virtually all the local government that belong to the Kwakwanso political family resigned their membership of APC.

In a press release signed by the Cacus Chairman Chief Osamede Adun and the State Coordinator , Hon. Harrison Omagbon, they announced their resignation from APC.

CRSDigest is aware of the imminent defection of up to eight lawmakers in the Edo State House of Assembly and many other leaders and members of APC.

The gail of defection we are informed is going to increase as the unpopularity and highhandedness of the governor seems to have reached boiling point for many of the leaders.

On the other hand, some leaders want to remove the hands of Adams Oshiomhole, who many believe is doing his third term from the “Throat” of Godwin Obaseki and the treasury of Edo State. Gov Obaseki seems too weak and handicapped to refuse demands and control of Adams Oshiomhole. They claim that to rescue Edo State, APC as constituted must be dealt a lesson by abandoning it for Adams Oshiomhole , Chief Osaro Idah, Lawrence Okah, Osarodion Ogie, and the puppet governor.