Home News APC has run out of ideas, it make up stories to get... 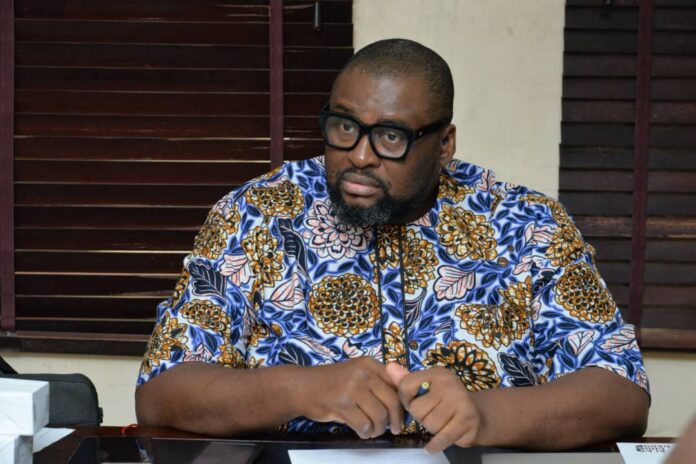 …APC has run out of ideas, it make up stories to get on the news in an attempt to advance its comatose political fortunes…” Chris Osa Nehikhare

Edo state government over the weekend said it decided to give the Nigerian Observer Newspaper out to new management in order to make it competitive with other private media outfits in the country.

Chris Nehikhare, the State Commissioner for Communication and Orientation made the disclosure during a media briefing to give weekly update of the state government activities.

Nehikhare who said the medium was established by the military administration of the late Brigadier General Samuel Ogbemudia 55 years ago, noted that after its establishment successive governments bore the burden of its challenges such as payment of salaries among others.

“Observer is one of the flagship newspapers in the country. It was established over 55 years ago. It was a very important news carrying medium. But over the years its fortune unfortunately dipped.

“Government in and government out has been carrying the burden of the newspaper company even though it was not meeting up with its publication target but the salary of all the staff were paid to date as well as allowances”, he said

The commissioner, who said the establishment is still 100 percent owned by the state government, added that in future the state may divest itself from the ownership of the company.

He said one of the major thing the state government did as part of revitalizing the newspaper company was the building of a new ultramodern printing press, which he noted will be one of the best and most sophisticated in the country today.

According to him, while the revitalization and the ultramodern building of the company was taking place, government decided to bring in a strong management teams to build it, revitalize it and to maintain the brand.

“The govt has invested heavily to make Observer a competitive newspapers like Vanguard, ThisDay, Guardian and others. If these newspapers in the hand of private individual make money, pay staff salaries and make returns to the owners then Observer should be able to do the same thing. It is an investment, a business and it should be run as a business.

“The company is owned 100 percent by the state government and I believe that as time goes on it will divest itself from the ownership. Every new business has a time for gestation. So, Observer newspaper now is a new business.

“It has to create a market and once it create that market the government will divest from it.

“Edo people should know that, ” The Nigerian Observer” is our brand and we are very proud of it. This government has not changed its name and has no plan to change it because we recognized it as a sellable and marketable brand”

The Nigerian Observer is a brand that must be nurtured. It’s a brand that all Midwesterners, Bendelites and Edolites are proud off and guard jealously. Only minds that are idle, have no sense of history and reside in APC can contemplate name change for a brand like The Observer. He added.

Nehikhare also disclosed that next Monday, 24,2022, the new board of the organization will be unveiled, and a week later the online version will begin while before the end of next month the hardcopy of the newspaper will be on the news stand.

He opined that the new Nigerian Observer newspaper will be such that will challenge the most widely read newspapers in the country at the moment.

Recall that the state chapter of the All Progressives Congress (APC) had on Thursday raised alarm of the alleged plan by the state government to change the name of the Nigeria Observer newspaper to Echo newspaper.

Nehikhare expressed shock but not surprise that APC would continue to tell tissues of lies, just to advance its comatose political fortunes.

He concluded by advising the public to be wary of the All Progressives Congress (APC) in the state and further advised APC to stop making spurious, irresponsible and unsubstantiated claims.

You are still under suspension,Ize-Iyamu cautions Oshiomhole