Home News PDP Insists: We Will Win All Supplementary Elections 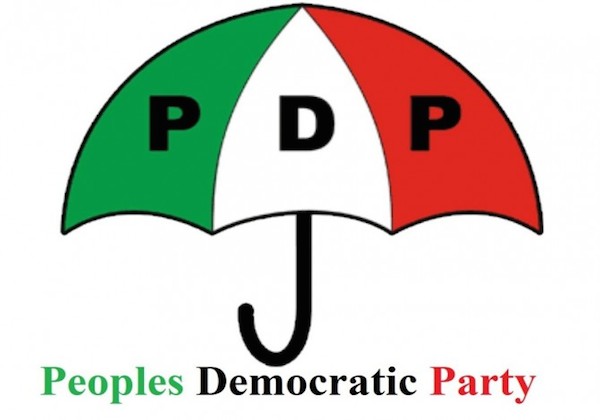 The Peoples Democratic Party (PDP) alerts Nigerians of a clandestine security meeting by the Buhari Presidency with certain top officials of INEC and security agencies, where they hatched an obnoxious plot to hijack the March 23 governorship Supplementary elections.

Our party is already leading and coasting to inevitable victory in all the affected states and nothing can alter this reality.

The PDP therefore in an unequivocal terms, cautions the APC and agents of the Buhari Presidency to know that Nigerians will never be intimidated but will confront and crush any oppressive force that attempts to defy and subvert their will at the Supplementary polls.

The PDP has full information on every move by the APC to manipulate the electoral process as not all Nigerians in their government subscribe to their cruelty, resort to violence as well as suppression of votes.

Our party is informed of how a top Army officer, at the meeting, directed the INEC Chairman, Professor Mahmood Yakubu, not to ever declare Rivers State Governor Nyesom Wike as winner of the Rivers Governorship election, even when it is clear to all that he won the election.

The PDP is also privy to how a Director of one of our security agencies, who was at the meeting, undertook to use his agency to deliver Kano state to the APC.

Consequent upon this ignoble plot, the security meeting has directed the deployment of 30 DSS personnel and 300 mobile policemen to each of the states where supplementary elections have been scheduled with a standing instruction to take over these respective states and make effort to ambush the process, seeing that the PDP is bound to win.

In spite of all, the PDP wants the Buhari Presidency and the APC to come to terms with the fact that their conspiracies will be of no avail as our candidates are marching to unassailable victory with the people.

The PDP reminds our military that Nigerians will not hesitate to treat individuals in military uniform, who illegally involved in the supplementary election, as fake soldiers. After all, the Chief of Army Staff, Lt. Gen. Tukur Buratai, has declared that uniformed personnel, who helped APC to rig presidential election, were fake.

It is imperative to state that under President Muhammadu Buhari’s administration, elections have been turned into warfare against the people but Nigerians will never allow a situation where states are forcefully taken over like spoils of war.

It is also highly provocative that the INEC Chairman, Prof. Yakubu, is now taking orders from the military to cancel elections and alter results for the APC, instead of asserting the independence and impartiality of INEC under our laws.

Such annexation of the Prof. Yakubu-led INEC by the Buhari Presidency is the only reason the governorship elections in Bauchi, Plateau, Kano, Sokoto, Adamawa, Benue and Rivers states, which were won by the PDP are declared inconclusive.

It is obvious that the elections were stalled in these states just because the PDP was in the lead. If the APC had been in the lead as in Ogun, INEC would not have batted an eyelid before pronouncing the results in favor of APC.

In all, the PDP wants the APC, INEC and their compromised security officials to be informed that the states, where supplementary elections have been scheduled, are home to the PDP and that our votes can never be stolen.

The PDP cautions INEC to note that the people already know the number of voters with Permanent Voter Cards (PVCs) in these states and will never accept any padding of the voter register to favour the APC.

The PDP therefore charges all our members, teeming supporters and all lovers of democracy in these states to remain steadfast in resisting the APC and marching out en-mass to their polling units this Saturday to consolidate their victory against oppressive forces in our land.