Home News WEMPCO, Owners Of Oriental Hotel To Sell It For $250m Says They... 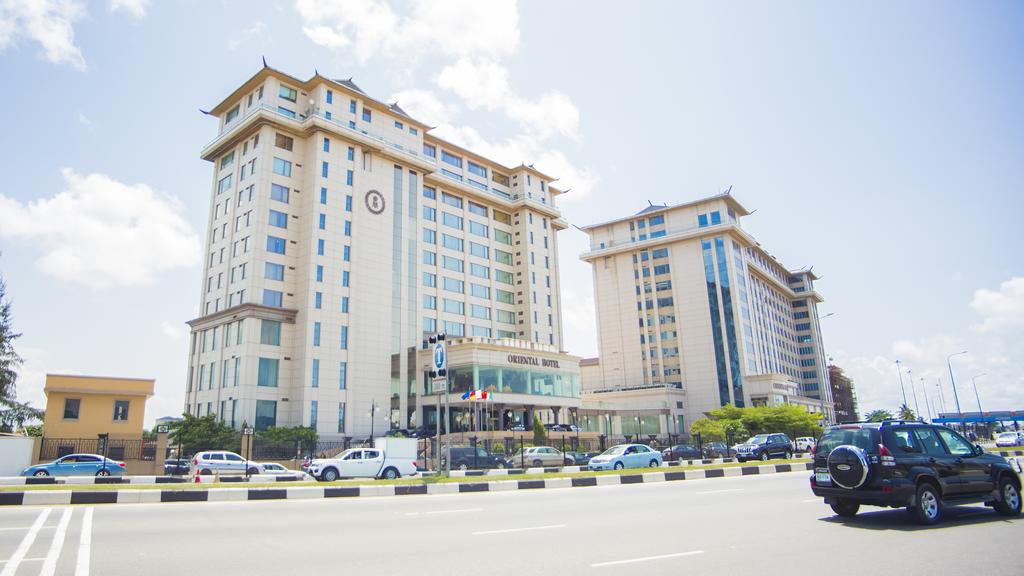 There are strong indications that the number of job loss in Nigeria under the present administration of President Muhammadu Buhari may further increase anytime soon.

This is because owners of the popular Oriental Hotel in Lagos, Western Metal Products Company Limited (WEMPCO) Group, are planning to leave the country after over four decades doing business in the Africa’s largest economy.

Few days ago, there were reports that WEMPCO was offering to sell its flagship hospitality business, Oriental Hotel for $250 million (about N90 billion).

According to a document seen by BusinessDay on Tuesday, owners of the Luxury Oriental Hotel, situated in-between the Lekki and Victoria Island areas of Lagos, are asking for $250 million( N90 billon)

In a report posted by Business Day WEMPCO wants to sell Oriental hotel because of some issues, including unfavourable business environment, corporate governance, debts and others.

It was reported that the group has fallen on hard times and is considering an exit from Nigeria along with its steel plant, which has 700,000 tonnes-capacity and employs about 14,000 people, mostly Nigerians.

“When deep, long-term guys like these are exiting, then it is a very worrying sign. People like these are not supposed to exit,” an economic analyst, who asked not to be quoted, said.

Founded by Lewis Tung and his brother Robert Tung, WEMPCO Group has been in Nigeria for over 40 years with established manufacturing companies that produce roofing sheets, galvanised pipes, wire nails, plywood, ceramic tiles and sanitary ware. It is also actively involved in agricultural and hospitality sectors through which it currently employs over 13,000 workers across its 11 subsidiaries.

The Tungs were among the four Chinese families that came to Nigeria in the 60s.
“If they leave there will be only one left,” an industry expert said on the condition of anonymity.

Chaired by Lewis Tung, a Chinese-born, US-trained entrepreneur, WEMPCO has made some of the biggest foreign direct investments in Nigeria in recent years.

Top directors in the steel and hospitality sectors who are familiar with the situation, however, told BusinessDay that the reasons for the group’s ordeal are poor corporate governance, over-dependence on government policy, inability to consider Nigerian realities before making key decisions, and harsh business environment.

They say there is poor corporate governance at the Luxury Oriental Hotel as directors’ children interfere in the financial operations of the business.

More so, the group relied so much on government policy and Olusegun Aganga, the then minister of industry, trade and investment, for its survival. This has turned out to be part of its Achilles Heel.

In 2015, BusinessDay exclusively reported that the then outgoing government of Goodluck Jonathan, under the supervision of Aganga, classified WEMPCO, Midland and Kam Wire as upstream manufacturers of cold-rolled steel. They were to produce for the downstream segment which would use the cold-rolled steel for further production.

These companies were granted import waivers that would allow them to import any shortfall (the demand gap) to complement what they would produce locally to meet the demands of the downstream segment.

At some point, WEMPCO and co raised prices of cold-rolled steel, forcing some of the manufacturers in the downstream segment to set up cold-rolled plants.
“WEMPCO had invested heavily in this segment. So when the manufacturers who were supposed to buy from them set up cold-rolled lines, it became a problem for the likes of WEMPCO. As this was happening, a new government of Muhammadu Buhari came and cancelled the waivers,” a reliable source in the steel sector said.

Sources added that WEMPCO calibrated a production line in its N236 billion rolling mill in Lagos to produce a thick cold-rolled of 0.2mm, which is more expensive than the 0.8mm or 0.4 mm seen in the West African market.

“It became difficult for them to be competitive in a market where low-quality products are rife,” another industry source said.

Babatunde Paul Ruwase, president, Lagos Chamber of Commerce and Industry (LCCI), recently said businesses are generally burdened with the challenges of infrastructural deficiencies and macroeconomic blows, as most investors are saddled with huge cost of providing electricity, poor access to good roads, insecurity and other industry-specific issues amid poor access to affordable credit, high exchange rates and multiple taxation.

Ken Udoh, a Lagos-based public affairs analyst, said the sale of the hotel by its owners could be as a result of a tough operating environment and the increase in the cost of doing business in the country.

“This further confirms our fears about the economy and the decrepit infrastructure in the country,” Udoh said.

Ademola Feranmi, an economist, said the service industry is really struggling currently. The shrinking consumer wallet has reduced the patronage and the profitability of these companies while the cost of operation keeps rising.

“Most hotels now have large halls to host social events on weekends and corporates to boost their revenue,” he said.

The Manufacturers CEOs Confidence Index (MCCI) report released on Tuesday by the Manufacturers Association of Nigeria (MAN) shows that confidence of business owners in Nigeria’s manufacturing sector stands at 51.3 percent in the first quarter of 2019 as 200 CEOs interviewed said access to dollars, credit, electricity and fair taxes were major drawbacks.

The sale of Oriental Hotel is coming after Four Points by Sheraton was acquired in 2018 by Actis, an investment firm, and Westmont Hospitality Group. The 231-room hotel is targeted towards business travellers and small conventions. It was owned by Starwood Hotels & Resorts, which is a subsidiary of Marriott International.

An imminent exit of WEMPCO Steel, commissioned in 2013 by President Jonathan, could mean loss of 14,000 jobs after Procter&Gamble shut down its $300 million diaper plant, with Kimberly Clark also exiting.

The CBN in 2015, as part of its initiative to resuscitate local industries and improve employment generation, released a list of items not eligible for foreign exchange in the government-created Importers & Exporters window. Among the 41 items on the list are cold-rolled steel sheets, galvanised steel sheets, and roofing sheets.

Business Post reports that some Nigerians had before linked ownership of Oriental Hotel to the national leader of the ruling All Progressives Congress (APC), Mr Ahmed Tinubu.