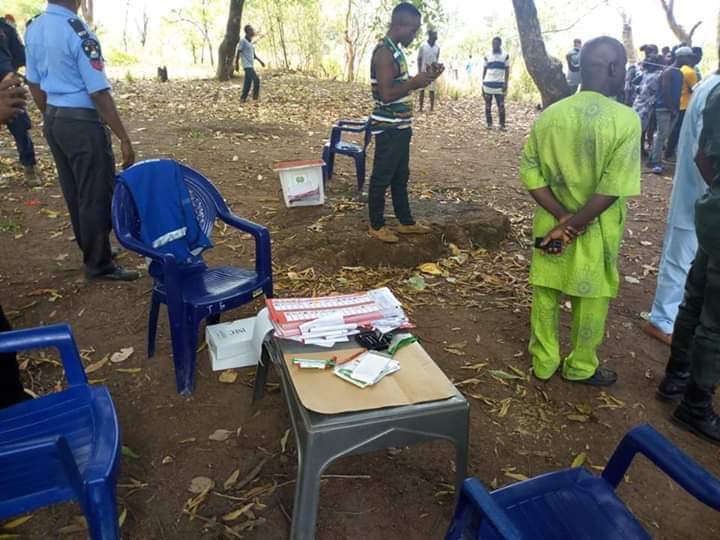 A young man identified as Mr. Iorver Yough, believed to be working for the All Progressives Congress, APC, reportedly led APC thugs with Sekav Aule (Tor Geri Jato-aka) to destroy election materials.
Yough allegedly slapped the PDP agent, Micheal Iornongo, used club and machetes on him while Aule and his boys broke the ballot box and snatched the register.
Voters have fled the polling unit following the incident.
According to DAILY POST, some materials were recovered, though the register is missing.
Tweet
Pin
Share6
6 Shares