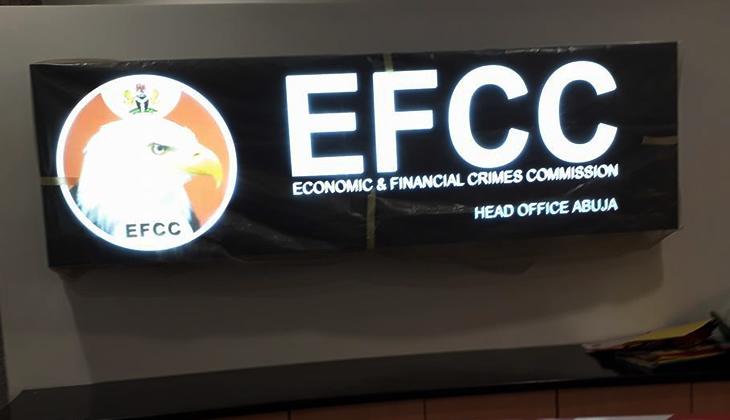 The Economic and Financial Crimes Commission has been barred from investigating a private jet loaded with money on February 15, 2019, the eve of the aborted presidential and National Assembly elections.

According to Punch correspondent, he gathered that the plane which was billed to fly to Ilorin, Kwara State, from Murtala Muhammed International Airport, Ikeja, Lagos failed to take off due to the weight of the money on board.

It was noted that the EFCC operatives thereafter stormed the plane after a tip-off from some people about the cargo. They demanded the source of the money, its owner and destination.

The crew was said to have informed the operatives that the money was meant for election expenses in Kwara State, but the detectives reportedly insisted on taking away the cash haul.

Sources said, “The EFCC operatives interrogated the crew and they claimed they were part of the government. They also gave a code which they assumed the operatives would understand, but the detectives insisted on taking away the money.

“However, a phone call came from the Presidential Villa ordering them to hands off the matter and clear off from the scene. Shortly after, armed soldiers took over the scene and the money was transferred into another plane which took off by 10pm that night.”

The Public Relations Officer, Federal Airports Authority of Nigeria, Mrs Henrietta Yakubu, could not be reached for comments on the aircraft involved in the cash movement as she did not respond to calls to her phone. She had yet to respond to a text message as of the time of filing this report.

In his reaction, the acting EFCC spokesman, Tony Orilade, simply explained that he saw the alleged picture of the said aircraft being shared on the social media, noting that it could have been ‘created and recreated.’

He said, “On the plane-load of cash you asked about, I saw the pictures and we know that these pictures are things that can be manipulated to achieve the purposes by their producers. All the reports from the field are being reviewed and we shall come out with our position once it is ready.”

Orilade added, “Let’s not be carried away by the activities of mischief-makers; like the acting EFCC Chairman, Ibrahim Magu said, we shall continue to do the right thing to make Nigeria a better country for everyone.”

Meanwhile, findings have indicated that the EFCC may not investigate the movement of huge cash in two bullion vans by a leader of the All Progressives Congress, Asiwaju Bola Tinubu, on the eve of the elections.

Although Tinubu admitted in an interview with journalists in Lagos that he transported the bulk money into his Ikoyi residence which is a violation of the Money Laundering (Prohibition) Act, it was gathered that the anti-graft agency had no plan to probe the incident.

When asked about the money, the former governor said, “What is your issue with bullion vans in my house? I have not done any government business in the last five years. So I didn’t steal government money.

“And the bullion van was not said to contain election materials, so what offence have I committed? I decide where to keep it (money) and how to keep it.”

But when confronted about the matter, the EFCC spokesman said the anti-graft commission had successfully curbed vote-buying in the elections and prevented a repeat of the incidents in Ekiti and Osun governorship elections.

“You will agree with me that to a large extent, we were able to curtail vote-buying with our men conspicuously positioned at polling booths across the country in the course of the elections,” he said.