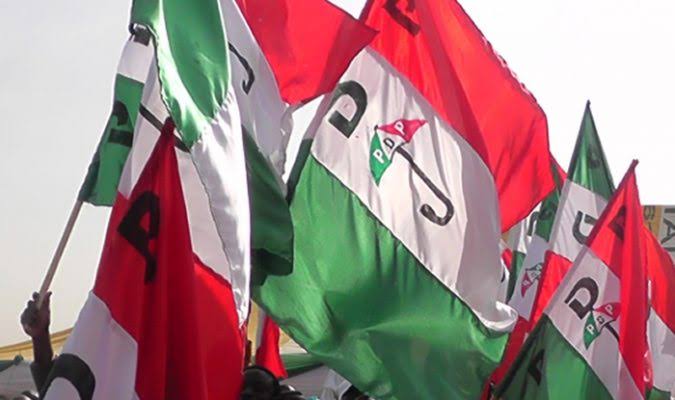 It has again been reasserted that the Peoples Democratic Party, PDP, remains focused, vibrant, and upbeat as the events of the Edo 2020 gubernatorial election begin to unfold, especially as aspirants have continued to emerge to indicate their readiness to seek the office of the governor in order to reposition and chart purposeful paths for the state’s socio-political and economic advancement.

Making the assertion in an interview with The Navigator, last week, an elder of the party in Edo South senatorial district, Owere Dickson Imasogie, maintained that while as many as nine aspirants have indicated interest to run for the office of governor of the state on the platform of the PDP, the leadership of the party has begun putting modalities in place for the conduct of the party’s congresses which would pave ways for the emergence of party executives at various levels before the conduct of the party’s governorship primaries.

Owere Imasogie insisted that the prevailing political developments in the state, today, has opened up the ruling All Progressives Congress, APC, “with a governor and the so-called 24/24 House of Assembly,” to ridicule and public odium, as both the camps of the former governor, Comrade Adams Oshiomhole and that of the incumbent, Governor Godwin Obaseki, have shown vividly to Edo people that “they are a disorganized, self-serving, undemocratic lot.

“You can see that they are fighting over the spoils of office rather than ensuring proper governance of the state to better the lives of our people.  The incumbent governor cannot say he is not a product of the bad governance executed by his immediate predecessor, ex-governor Oshiomhole; so if he is suffering the political backlash of that today, it is entirely his cup of tea.  For us as a party, we want them to continue to bicker and fight themselves over how to share the state’s resources.  Edo people have an opportunity, next year, to flush all of them out and vote in a more organized PDP governor and PDP administration.”

While underscoring the democratic nature of the PDP as a party that upholds the provisions of the constitution and the rule of law, Owere Imasogie emphasized that “what a cross section of the public see as the seeming support Governor Obaseki has been receiving from some PDP leaders and members, especially in the ongoing debacle of the inauguration of the Edo State House of Assembly, underscores the ingrained democratic attributes in the PDP to stand on the side of the rule of law and the constitution.  It should not be misconstrued to mean that the PDP want to snatch Obaseki to its side, or that the PDP is supporting Governor Obaseki for a second term ahead of the 2020 gubernatorial election.  An adage says that ‘no matter how beautiful the daughter of your staunch enemy is, you cannot go to seek her hand in marriage!’

“The PDP is aware that, in the eyes of the law, that Governor Obaseki transmitted the required proclamation to the Clerk of the House, thereby empowering him to invite the members-elect to be officially inaugurated.  So, whatever played out thereafter, whether the minority chose their Speaker or the majority did not show up for the inauguration is their own problems.  All I know is that, come 2020, my party, the PDP, will field the appropriate candidate to contest and win the governorship election.”

The PDP Edo South elder expressed confidence at the development in the Presidential Election Petition Tribunal sitting in Abuja where the party’s presidential candidate in the February 23, 2019 election, Alhaji Atiku Abubakar, is challenging the results as declared by the Independent National Electoral Commission, INEC, which returned President Muhammadu Buhari, re-elected.

Owere Imasogie insisted that the Tribunal’s rejection of the PDP’s plea to inspect the INEC’s Central Server, which the party alleged was used by the Election umpire to receive and store results from polling units across the country, was not as fatal to the party’s petition as being misinterpreted in some quarters.  He said with available legally cogent interpretations of the Tribunal ruling, it was instructive to note that the refusal is momentary and not permanent as the Tribunal felt that the desired inspection could not be allowed at this pre-hearing stage of the petition.

Owere Imasogie explained that the Tribunal could yet allow the petitioners access to inspect the INEC’s Central Server as the case progresses, especially when the witnesses begin to give their evidence. Said he, “The PDP petition remains strong and unruffled, despite the refusal by the tribunal to allow PDP inspect the INEC server.  The PDP has witnesses who served as INEC officials and Returning officers, whose statements, detailing how they sent results to the Central Server, have been admitted in evidence.  By the time it gets to their turn, it then might be appropriate to re-present the plea to inspect the Central Server again.  So, we remain hopeful that the PDP petition will see the light of day; and the Tribunal’s final verdict will be in our favour.”