Home News Adams Oshiomhole And The Dynamics Of Edo Politics 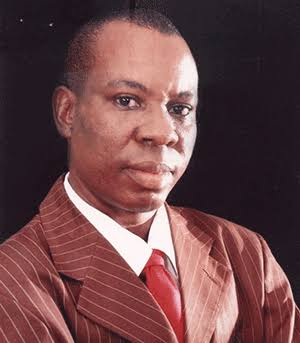 The National Chairman of All Progressives Congress,(APC),Adams Oshiomhole is a factor in the politics of Nigeria and Edo State in particular.

The classification of his political factor- positive or negative will naturally be dependent upon the orientation, interest of the participant or the observer of Edo politics.

Politics in any part of the world is broadly categorized into Idealism or Realism.

The dynamics of politics is understood and defined on the basis of the admixture of political idealism and political realism.

Adams Oshiomhole’s political factor in the dynamics of Edo State Politics is positive.

The dynamics of Edo State politics share in the universal framework of the admixture of political idealism and political realism.

Adams Oshiomhole should be commended for his ability to separate the good aspects of political idealism and political realism and combine the good sides of both in Edo politics.

Late Chief Humphrey Omo-Osagie, and Late Chief Tony Anenih, are other illustrious sons of Edo land that were reputed for positive political factors in the dynamics of Politics in Nigeria and Edo State in particular .

An objective study of the political behavior of Humphrey Omo-Osagie,Tony Anenih and Adams Oshiomhole will show glaring similarity in defending the interest of their people and working hard to extend their influence beyond their immediate community, Senatorial District and the State.

This piece is aimed at contributing to the literature in Political Socialization in Nigeria and to particularly bring to the attention of some politicians of Benin origin,(Edo South Senatorial District) the ridiculous fallacy in the job of castigating Adams Oshiomhole on the pretext of defending their son, Governor Godwin Obaseki of Edo State.

My advice for these job seekers or relevance from Governor Obaseki should be to devote their time and resources in search of another political-B2 from Edo South Senatorial District of Edo State.

Adams Oshiomhole is not the cause of the political and administrative failures of Edo State governor, Godwin Obaseki.

Late Chief a Humphrey Omo-Osagie, was a patriotic Benin politician.

He had time for Benin people, defended their individual and collective interest,and worked hard to extend his political influence beyond Benin.

He had time for his people, defended their individual and collective interest,and worked so hard to extend his influence beyond Esan, (Edo Central Senatorial Distinct).

Adams Oshiomhole is doing so well in his patriotic actions to identify and defend the individual and collective interest of his people-Afemai ( Edo North Senatorial District ), spreading his political influence to other Senatorial Districts in Edo State and Nigeria in general.

It is laughable and political infantilization for any Benin man or woman to blame Adams Oshiomhole over the inability of a sitting governor, Godwin Obaseki of Edo State to have influence over the House of Assembly members elected on the platform of his political party and with majority of them from his own Senatorial District.

Where were these “Benin Patriots” when the same sitting governor -Godwin Obaseki failed to deliver his Ward 04 in the last 2019 general election to his political party?

Now, it is Adams Oshiomhole that is the political distraction to Governor Godwin Obaseki, and he is the problem of Edo South Senatorial District .

The Benin people should not forget to realize that the offices that have been held by late Chief Anenih, the one held and currently being held by Adams Oshiomhole have equally been occupied by Benin sons.

The performance in any office depends upon the character of the office holder, not the tribe or the Senatorial District.

I have personally had disagreement with Adams Oshiomhole on certain politics and policies.

I will not forget a meeting of Benin sons and daughters, at the residence of a Benin son and a leader, Rtd Col. Paul Ogbebor(PAULOSA), where I was told by Col. Ogbebor that l should reconcile my differences with former governor Adams Oshiomhole before l could participate in the Benin meeting.

Opportunistic politics, envy and selfishness would not help Benin people.

These opportunists refuse to understand that majority of the elected members prevented from the inauguration are equally from Benin, (Edo South Senatorial district). Political influence is a permanent feature in politics all over the world .

Former president Bill Clinton of USA and former president Barrack Obama of USA are not godfathers, but their influences are still pervasive in the USA Democratic Party and in the politics and policies of USA.

Efforts to deceitfully erase the political influence of Adams Oshiomhole from Edo State politics and government policies will end up in futility.

Former governor Adams Oshiomhole, typical of a dynamic and positive politician was influential and pivotal in the mobilization and support for the emergence of Godwin Obaseki as the governor of Edo State in 2016. Adams Oshiomhole is continuously involved in the internal politics of APC and active relationship with the political actors in Edo State, while governor Godwin Obaseki prefers the role of “Mr Technocrat”, distancing himself from the actors and internal politics of APC. You can’t influence people without active and mutual connection.

The sustainable support these new “ Benin Patriots” can give to Godwin Obaseki is to organize a closer relationship of the governor with his people and get him to be active in the internal politics of his political party. Adams Oshiomhole’s position against the illegal and immoral inauguration of Edo State House of Assembly should be praised by all reasonable Benin sons and daughters in particular and Nigerians in general. For Nigeria to have a sustainable democracy, the principles of Internal Democracy, Free and Fair General Elections and Rule of Law must be embraced by all.

The inauguration of Edo State House of Assembly failed the principle of Internal Democracy because the elected members that were excluded from the inauguration are members of the same All Progressives Congress, (APC).

The inauguration violated Free and Fair Elections because you cannot have a Speaker with a minority vote of the total members elected into the House of Assembly .

The questions of Benin, Esan, Afemai and reference to godfatherism will not substitute the relevance of the Rule of Law in a Democracy.

There should be a proper and legal inauguration of Edo State House of Assembly because the parliament is not the property of the governor or the APC, but an institution that is collectively owned by the people of Edo State.

Police kills NYSC member a day to passing out.