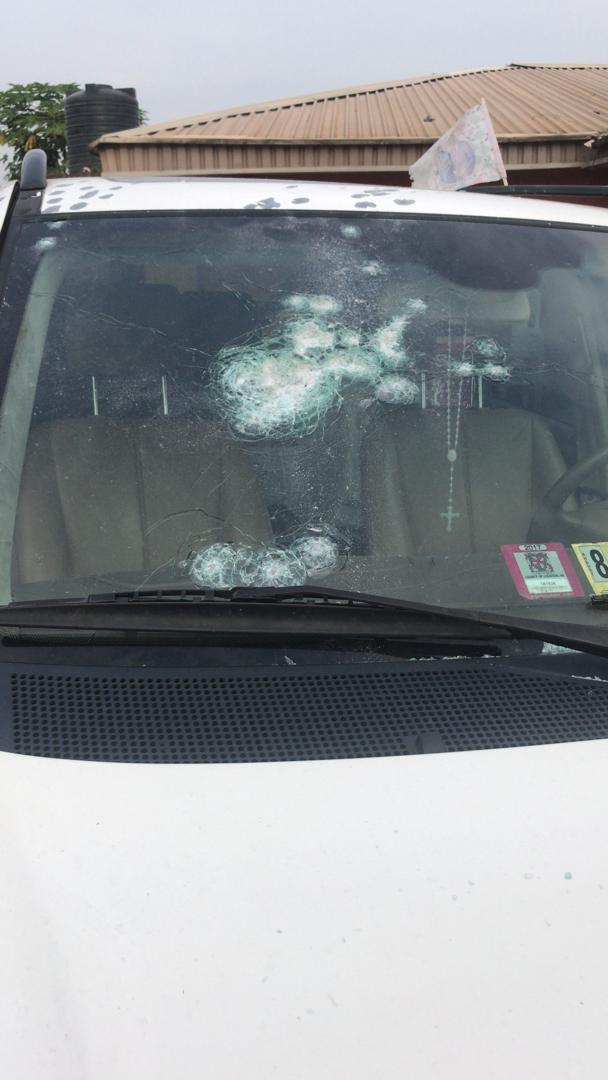 Owan East Local government was yesterday invaded by “Lions and Tigers” under the command of (DisHonorable) Pally Iriase. Their mission was to assassinate the council chairman and his family.

Under the cover of a hurriedly put together ward rally, Pally Iriase imported the assassination squad arm of APC from Kogi and they unleashed their terror and evil on the good people of Owan East. The Council Chairman Hon Andrew Osigwe and his family was targeted! Thankfully, their dastardly act failed !

These evil men returned to their target scene in a commando style and engaged the police in a fierce gun battle before they were repelled when they realized that the mission was not successful after the first attempt.

Twenty fours before this attack, Pally Iriase without authorization or approval attempted to takeover a school ground using thugs to forcefully and illegally set it up to be used as a campaign ground. The council resisted his impunity by standing on the side of the law. For demanding that the law must be obeyed, Pally Iriase felt slighted. He ranted about his discomfort and to show APC that he is a “hard man” he ordered the hit on Hon. Andrew Osigwe and his family

We call on the security agencies especially the police and DSS to investigate and arrest Pally Iriase who must produce the assassins he used for the operation. He was responsible for their logistics, the reconnaissance they carried out, provided cover for them as well as the weapons they used.

Pally Iriase has continually boasted that he is above the law. That he cannot be touched because he has the police in his very deep pocket. There exist a prima facie case against Pally Iriase. The police have a duty to reassure the law abiding people of Owan East that Pally Iriase is not above the law.

Peoples Democratic Party in Edo State condemns this brazen, daredevil, desperation laden behavior of Pally Iriase and his APC. It is totally unacceptable, dishonorable and reprehensible.

We are aware of their simple agenda to create an atmosphere of fear, chaos and mayhem to scarce the electorate and ultimately have the elections postponed. Edo people will not be intimidated. They have resolved to decimate the APC rubble rousers and shut them up permanently.

We thank the good people of Owan East for the way and manner they behaved in the face of this unwarranted provocation. We assure them that Governor Obaseki and his government takes issues of illegal gun possession and assassination attempts very serious and are engaging the security agencies on how to solve this ugly trend.

We must not lose focus. September 19, 2020 is the day we must all come together to put a final stop to the recalcitrant APC and their sponsors.

Bring out your PVC, clean it with a dry cloth and keep it handy.

Resetting Edo is a task that must be accomplished!