Home News 2019: The final battle of the Generals. 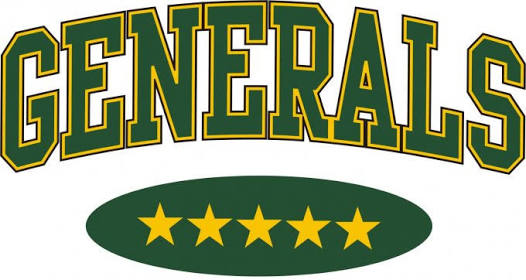 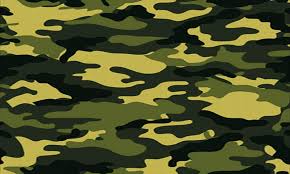 When crocodiles eat their own eggs, let frogs run and run. Because of the 2019 elections, an intra-class war is currently raging among a special breed of Nigerians. I call their exclusive enclave the Generals Club.  These are a lucky set of army officers who either staged the counter-coup of July 1966 or benefitted from it. That was a coup that forever changed the fortune of Nigeria and its inhabitants. The young officers came, seized and squeezed Nigeria into their suffocating cubicle. They came and became our permanent landlords. They built all the good things; they also enthroned all the bad things. Today’s loud demands for restructuring is a rejection of these gentlemen’s conundrum.

The Generals fighting this 2019 war are ruthless. They very rarely take prisoners of their victims. From 29th to 31st July, 1966, the ones their bullets missed, they buried alive in very deep graves.  They were young, dazzling and ambitious. Flamboyant and immensely courageous, they took great risks and reaped bountifully. With daredevil thuds, they put their feet on the blood of friends and foes to jump to stardom. They did what they did in 1966 and have since refused to let go of Nigeria. When they got their Operational Order that eerie night in July 1966 and started distributing weapons, they did not know they were in for a long haul. The civil war came, they killed and earned greater reputations and more epaulettes.

They are so daring they put rhyme and rhythm into their operations. The first act was on July 29,1966. Exactly nine years after, on July 29, 1975, they consolidated their hold, sacking their Commander-in-Chief. In 1979 they handed over to civilians; they did same twenty years after in 1999. The year 2019 is another 20 years, we look forward to what they have for us. They are encouraged to go on because we have offered them no resistance. Our reaction to their everything, good and bad, has been to lie supine and take them as they come. And they must be very amused at our hopeless indolence. They have their fingers on every pie of Nigeria. They hold the yam and the knife and have never hesitated to cut off any impudent finger that touched their pie uninvited.

Old soldiers don’t die, they fade away. Many of them, like neon lights, have faded away. The ones living and kicking are the everlasting lords of the land.  One of them is our president, Muhammadu Buhari. Another is his friend, Ibrahim Babangida.  There is also billionaire retired General Yakubu Danjuma. There was Shehu Musa Yar’Adua, Major-General. This one was described by Andrew Young as “handsome, humble, charismatic.” He died in the cell of one of them, Sani Abacha. Their leader was Murtala Mohammed, who didn’t live long. He died at 38, a four-star General and Head of State. Murtala was mercurial, courageous and tempestuous. Bola Ige described him (in his early days) as “the Captain who drove about (Ibadan) in his car and would point his gun at any taxi-driver whom he considered undisciplined.”  There was the “textbook commander,” General Mohammed Shuwa. His Commander-in-Chief said he was “an exceptionally good commander.” Shuwa fought wars and didn’t die in battle. But he fell at home, a few years ago, at the hands of Boko Haram.

Then there is the big boss, General Olusegun Obasanjo, who has refused to age and fade. Obasanjo was Murtala’s senior in the army but became his second-in-command after they dethroned their boss, Yakubu Gowon. When Col. B.S. Dimka took down Murtala, the lot fell on Obasanjo to govern Nigeria in February 1976, a few days to his 39th birthday. Obasanjo and his class lived their lives fully in their prime, holding their destinies in the cusp of their palms. More than fifty years after their first coming and forty years after retirement, the living among them are still not tired; they still cook and serve us to themselves.

Politicians have started their 2019 wars. The Generals are laughing at amateurs firing live ammo at party congresses. Let the bloody civilians break heads and blast bones. That is their problem, the living will bury the dead. The problem of the Generals is how to keep their country. Nigeria is theirs to keep for their tribe. And they always have their way. They must always give us a president. They did in the past; they will next year. In very difficult times, they put forward any of their stock to hold the reins. In 1999 they made their boss our president. In 2015, they made one of them our president. In 2019, head or tail, it will be their show. They matter in these matters and you ignore them to your sorrow. When coups were fashionable, their nod made a difference on D-Day. Ask Dimka; ask Gideon Orkar. Now that coups have run out of fashion and democracy is the way to paradise, they have quickly rebranded. They have become the keepers of the gate of democracy.

We run to them for solutions even when they are the problem. Among them we pick messiahs, integrity and navigators. They were one solid bloc in 2015 and we had only one choice. Today, they are in factions, both sides deadly. That makes the coming polls very foreboding. Crocodiles will use their own eggs for supper; fish will eat fish for dinner. Let fragile crabs crawl away from the brewing battle.

Watch out for them. They insist they are patriots. Even when their leopard eats buffalo’s calf, they say it is for public good. But what have they done with Nigeria? In thought and sayings they claim they love Nigeria. Its unity is non-negotiable, they would say. Finicky monkey does not like the shape of his baby’s eyes; he adjusted and readjusted the eyes – then pushed them into sockets of ugliness. The Generals are the monkey. Between Gowon, Murtala, Obasanjo and their boys, Nigeria ceased to exist as a federation. They seized what belonged to the regions and gave the centre. They took the University of Ife; took the Western Nigeria Television, the Western Nigeria Broadcasting Service. They seized the Daily Times, seized New Nigeria newspapers. They changed the currency; introduced a National Pledge and gave us a new National Anthem. Their boys, Buhari, Babangida and Sani Abacha, completed the rout. Till date, we are still singing their songs. North, East and West, they closed  every window Nigeria had for ventilation. They said it was out of their love for Nigeria. They still say so.

We look up to them for the choices we make. They know they are the messiahs. One of them insists he is contesting next year. The band leaders are saying they would give us a better choice. Head or tail, the story is about them and their taste. Even if you won’t vote, you still can’t escape their grip. Beyond the big ones we know, there are their boys and the boys of their boys everywhere. The exclusive club has members in unusual places. You can’t understand them. They overlap in actions and designs. Every race is theirs to win. They are concentric in operations. There are several ones seemingly minding their businesses. There is Sani Bello, ADC to Aguiyi Ironsi, now retired Colonel. Bello is quiet but deeply involved in telecoms, oil and gas, power sector, construction, etcetera, etcetera. Sani Bello belongs to no political party but his son is the current Niger State governor. General Gado Nasko, 77 years old, is a quiet farmer in Nasko village in Niger State. Like Bello, he also belongs to no political party but, in the last election, his son was the opponent of the current Niger State governor.  You see, head or tail, they win. There are others quietly controlling our affairs. Read their stories.

But these men did not become our husbands by carrying shoes for politicians. They were not like today’s overgrown boys who chase out judges for unknown causes. The Generals, in their youth, had self-esteem and went for their game. They paid their dues. They were no eaters of leftovers. Up till today, if they desire the food in your plate, they won’t beg; they’ll shake the table. That explains why there is no boardroom that is a boardroom without their fingerprints. They are men of power and money and good sense. Jointly and severally, they are the face of the class which has made and broken Nigeria since its debut. They did great and horrible things in equal measure. They broke Nigeria from four regions to 36 states. They built Abuja from a jungle; they built the Third Mainland Bridge in Lagos; they gave Nigeria Kainji Hydro Power Plant and, later, Egbin Thermal Station. Remember, they also created this Nigeria of anything goes. They are Nigeria in its present good and bad forms. 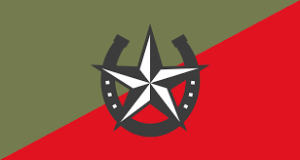 Watch closely the coming battle of the Generals. They don’t fight and lose. When they fight, their opponents must fall. Now, they are at war and we are taking sides. Where witches are fighting, should an invalid go there to interlope? They are lining us up for their fight. We are all on the queue, abusing, even shooting at one another. Did you not watch the viral video of a party’s thugs in Port Harcourt last week? Those yelling at, shooting and locking up a high court complex in Rivers, how old were they?  Were they older than our Generals when they rose and pocketed our country?

What should our own be in all these? Ours should be a quiet push to make this tug the Generals’ very last battle. None of them retired after age 50 – but they still rule. Indeed, one of them was in the army for just 19 years; and he retired a three-star General with pockets of gold. Think. Instead of burdening your destiny with inheriting their enemies, why not wake up and cast off your chains?

Now, the elections are here. The Generals’ crocodiles appear set to eat their own eggs. It is a familiar treat for them. But I fear for frogs who don’t have fathers and are dabbling in these waters of wile and guile. When the big men started life, their solemn vow was to live by the sword and die by the sword. They swore to fight and die on land, at sea and in the air. They trained hard to keep their heads while others lose theirs. And the street of Nigeria is littered with skulls of their victims.

But today, they fight. They are feuding over the next presidential election, not for you but for their clan. Ailing and flailing Buhari wants another term; his comrades-at-arms are saying enough, he must go back home and play with his grandkids. They are one and the same. We must assist both sides to make 2019 their last outing. Only then can we sit back and sit down to count our losses and pick the broken bits and pieces. But before then, we must see the coming war of the warlords as portentous. Already, the drummer is asking who owns the farm between the two tenacious claimers. Is it the wilds rabbit or the farmer’s trap? We will soon know that we have no share in this house of the Generals. Let us continue our walk of ignorance slowly and surely into the bowels of 2019. But let that year be the year of retirement of the Generals.