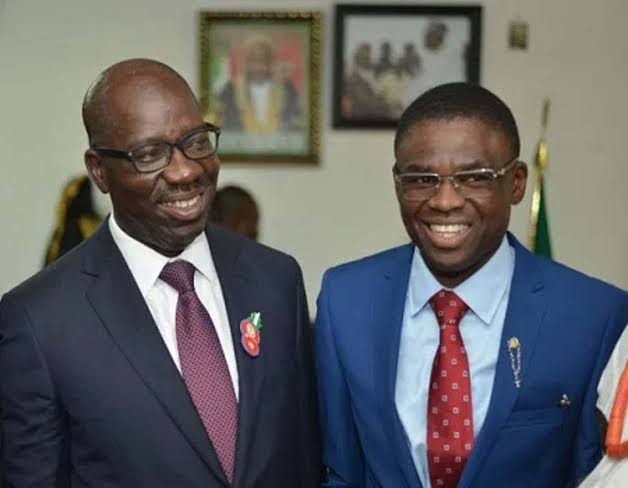 The Edo State chapter of the People’s Democratic Party (PDP) said its chances of winning the September 19 governorship election has been heightened following the favourable results of the opinion poll allegedly conducted by the All Progressives Congress (APC).

The State Publicity Secretary, Chris Osa Nehikhare, who made the remark at a press briefing in Benin City on Sunday, alleged that the opinion poll sponsored by the leadership of the main opposition party in the state gave victory to Governor Godwin Obaseki in 16 local government areas out of the 18 in the state.

Nehikhare, who commended the people of the state for making the party’s governorship candidate, Governor Godwin Obaseki their choice, noted that whatever the governor is doing, is for the general well being of the people.

“We are not unaware that the APC few weeks ago commissioned a reputable polling company to carry out an opinion poll to ascertain its chances of winning the governorship election.

“Edo people are very sophisticated. They know who their friends are, they know who to support and how to make the support work.

“We want to congratulate the Edo people for the beautiful choice they are making to re-elect Godwin Obaseki for a second term”,he said.

As a result of the devastating report of the pollsters, the APC campaign has been hit with scarcity of funds as many donors and contributors have withdrawn financial support.

The PDP spokesperson, asked those funding the APC candidate within and outside the state to not just withdraw their support for the party, but advised them to use the money to support good courses and the PDP Government come November 12, 2020 when the Governor will be sworn-in for a second term.

He alleged that the result of the self-sponsored opinion poll has now heightened the opposition party’s desperation by resorting to violence and attacks on members of the party.

“The consequence of the opinion poll result now make the APC desperate to have the election postponed hence there is increase in their violent attacks”, he added.

While noting that members of PDP cannot wait till November 12, 2020 for the state governor, Godwin Obaseki to be sworn for a second term, he urged the party’s supporters and faithful to shun any form of violence, retaliation and attacks on the APC members.

“In spite of the vicious attacks on our members and supporters, I appeal to them not to be provoked or retaliate. We need our PVCs and thumb print to shut them out of the government house permanently on September 19”,he added.

The party’s publicity secretary alleged that the continued unwarranted attack on its members across the state are geared towards compelling the federal government to declare a state of emergency in the state and thereby postponing the election.

“The APC is perpetuating the violence with a view to have a state of emergency declared in the state and then get the election postponed.

“The attack increased because APC contracted a reputable firm to conduct an opinion poll and the result showed that Obaseki is the choice of Edo people and that PDP would win overwhelmingly.”

But when contacted, John Mayaki, Chairman, Edo State APC Media Campaign Council did not speak on the opinion poll allegedly sponsored by the party or its outcome.

He however was more interested in the contrived violence and arms buildup in the state.