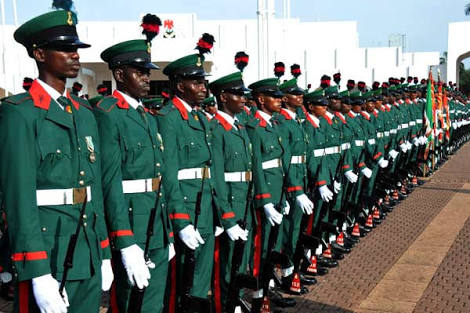 The Chief of Army Staff, Lt.General Tukur Yusuf Buratai has vowed that no group of miscreants will frustrate Nigerian Army’s genuine commitment in tackling the nation’s insecurity.

The Army chief also promised to end the challenges of insecurity in Benue, Taraba and a host of other troubled states using modern combat equipment.

Buratai hinted newsmen in Bauchi Tuesday that the threat to the nation’s security must be stopped to guarantee the safety of its citizens.

The Army boss who was in Bauchi marking the Army combat training week added that the army will not relent in its efforts to protect the nation territory.

He assured that the insecurity in the troubled states will not be allowed to divide the country as the army was on top on the matter.
” Security is the business of all and sundry, as such we are calling on the general public to always volunteer useful information to the security agents with a view to arrest perpetrators of crimes,” said Buratai.

According to Buratai, already the army had stationed its men in those troubled states for proactive measures and there has been positive results against security lapses.

The Army chief applauded President Muhammadu Buhari for prioritizing security in a bid to end insurgents in the North East region.

Buratai charged the participants at the event to avail themselves the knowledge of the week’s training to protect the nation’s territory.