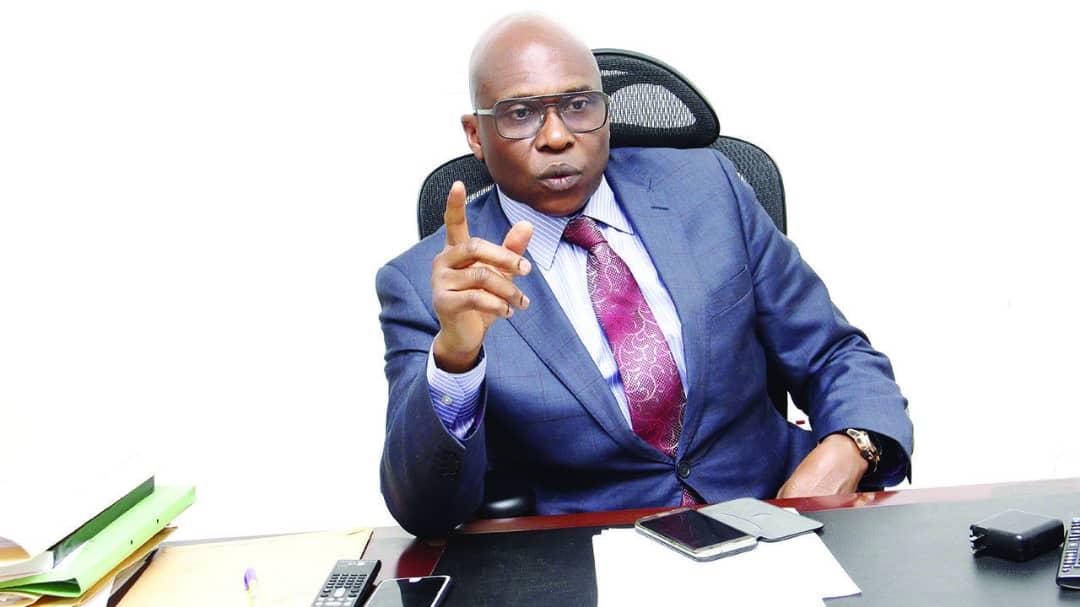 It would be recalled that before the general election aforesaid, the Independent National Electoral Commission (INEC) stated it loudly and clearly that there shall be no candidate of the APC for all elective offices in Zamfara State.

The reason given for the stance of INEC at that material time was that APC did not conduct any primaries for its candidates in Zamfara State.

As a result of the resolute stance of INEC on the issue, the faction of the APC led by the Governor of Zamfara State, Abdul-aziz Yari Abubakar, its candidates approached the court to challenge the decision. It was the contention of the Governor’s faction that the APC conducted primaries on the 3rd and 7th October, 2018 that produced the current governor as a Senatorial candidate and his commissioner for finance, Shehu Idris, as the governorship candidates amongst others.

The APC almost simultaneously headed for the Abuja Division of the Federal High Court to contend that INEC should accept the list of candidates from the Zamfara State Chapter of the party.

The Outcome of the two suits
The two suits produced diametrically opposed outcomes. While the Zamfara State High Court ruled that APC conducted primaries on the 3rd and 7th October 2018 and should be allowed to present candidates for the election, and restrained the National Secretariat of the APC from replacing the names of those who won the said primary elections, the Federal High Court in the suit instituted before it gave a contrary verdict giving judicial imprimatur to the decision of INEC to bar APC from presenting candidates for the general election. The court thus vindicated INEC. It was the decision of the Zamfara State High Court that swayed INEC to change its position that APC did not have candidates in all categories of the election in Zamfara State and on the eve of the election, INEC reinstated the candidates of the APC who then contested the election.

The Senator Marafa’s faction of the APC in Zamfara State being dissatisfied with the Judgment of the Zamfara State High Court on the issue proceeded to the Court of Appeal to set the same aside.

The Court of Appeal, coram Shaibu Yakubu, JCA (who read the leading Judgment), made the following telling statement therein: “From the provisions of paragraphs 14 ad 20 of the guidelines, there is very clear emphasis on the person to be recruited for the purpose of conducting primary elections, both paragraphs placed emphasis on recruiting persons from outside the area where elections are to be conducted, the power to appoint the 7 man Committee is vested in the National Working Committee, PW1 stated in his evidence that Lawal M. Liman is the Chairman of the party in Zafara State, he is not a member of the National Working Committee to conduct primaries, in the face of all these hard facts, he crafted Exhibit 6 signed and sent list of allegedly successful candidates, and the list included his name as a successful candidate, he is also one of the Respondents in this appeal.

I must say it loud and clear, that Lawal M. Liman the Chairman of All Progressive Congress Party in Zamfara State had no slightest power to conduct primaries and forward list of successful candidates to Independent National Electoral Commission. He acted illegally against his party’s Constitution and guidelines with respect to conduct of primaries. He had no authority or slightest business conducting primary elections and forwarding list of allegedly successful candidates including his name to Independent National Electoral Commission. His action is incongruous, patently bizarre and detrimental to healthy competition in politics. It is also strange that PW1 insisted that Primary elections were conducted, his stance was either founded on ignorance or a calculated design to stick to falsehood and hoodwink the lower Court.

I must also add, that PW1 is not a reliable witness because he has a mission and a purpose to serve. He is a candidate and a product of the purported party primaries, hence he has a stake in the purported primary election, which he tried to defend by all means, all be it very unfairly.”

The legal implication of the judgment of the Court of Appeal. Since the delivery of the judgment of the Court of Appeal, there has been a deluge of commentaries on its implication. Some commentators are of the view that no order was made on INEC to retrieve the Certificates of Return that had earlier been issued to the candidates of the APC who won the different categories of election in Zamfara State. This school of thought is also of the view that INEC should proceed to issue and deliver Certificates of Return to the Candidates of the APC who were victorious in the general election in Zamfara State. Another set of commentators are of the firm view that the effect of the nullification of the APC primaries from which its candidates emerged is that those candidates ought not to have contested the election in the first place.

In short, this set of commentators is in alignment with the original view of INEC that APC did not have candidates for the general election in Zamfara State. The question which arises at this juncture is which of these sets of commentators is right? This question cannot be answered without an indebt analysis of Section 87(1) of the Electoral Act, 2010 (as amended), which provides as follows: “87(1) A political party seeking to nominate candidates for elections under this Act shall hold primaries for aspirants to all elective positions.”

The golden rule of interpretation of statutes, which has evolved over the years and enjoyed rigorous application by the courts, is that where the words of a statute are clear and unambiguous those words should be given their ordinary meaning. The provisions of section 87(1) of the Electoral Act set out above are clear and unambiguous, in that, there is no word in the provision that can send its reader on an excursion to dictionary to seek its meaning. The Section is unequivocal, that any political party seeking to nominate candidates for elections must hold primaries to nominate candidates for all elective positions. The antithesis to this section is that failure to hold primaries translates to an intention not to field candidates for the election. It is as simple as that.

Section 87(2), (3), (4), (5), (6), (7), (8) and (9) make elaborate provisions for procedure that must be adopted by political parties who intend to hold primaries. Failure to comply with these provisions as well as the regulations of the political parties themselves would lead to nullification of the purported primaries. It is to be noted that the consequence of the nullified primaries by the court is that those primaries did not take place since they have been voided ab initio by Order of Court.

This was the scenario in the case of APC v. Karfi (2018) 6 NWLR (pt 1616) p 479, wherein the Supreme Court condemned in very strong language the acts of impunity and lack of internal democracy exhibited by the APC. According to the Supreme Court, coram Okoro, JSC, in the said case: “Courts do not run the affairs of political parties. However, courts will not allow a political party to run its affairs with impunity and in total disregard of its own constitution and or statutes. In other words, courts will never allow a political party to act arbitrarily or as it likes. So, political parties must obey their own constitution because the constitution is the organic instrument, which confers powers and also creates rights and limitations in the party.

Furthers, it regulates the affairs of the members of a party and they are bound by its provisions… The issue here is, even if I am to repeat myself, political parties must obey their constitution, guidelines and regulations. The era of recklessness and impunity by political parties is over. It is an aspect of corruption for a political party to impose candidates on the electorate. This court has taken a firm stand that this must stop. It is in the interest of our nation that political parties observe internal democracy for the smooth running of our democratic process. The fact that the 1st respondent asked that he be made the candidate of the party has not regularized the breach of the party’s guideline. Accordingly, this issue, to my mind, does not avail the appellant at all”.

Courts have been consistent in expounding the principle of law enunciated by Lord Denning in UAC v. Mcfoy (1962) A.C.152 that you cannot put something on nothing and expect it to stand. The political journey to contest election begins with compliance with the provisions of Section 81 of the Electoral Act set out above. The Section is the starting point or the foundation of the entire political journey to contest election in Nigeria.