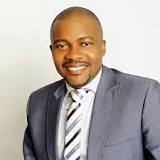 Esele in Benin on Sunday, said this had become imperative in view of the recent report of five Nigerians arrested for armed robbery in Dubai and the response by Mrs Abike Dabiri-Erewa, the Senior Special Assistant to the President on Foreign Affairs and Diaspora.

According to him, though i am not justifying crime in any form, but when you name, shame and humiliate the so-called guilty, you make it harder for others, even the innocent to be respected and treated with dignity abroad.

He noted that indeed, robbery and drug trafficking were despicable acts that deserved unequivocal condemnation, adding that time and time again one often wondered why people would persevere with perpetrating crimes abroad knowing the ultimate price of jail terms and even death in some cases.

He however said that making haste to offer “banal official statements ridden with diplomatic clichés and moral sentiments” do not offer much by way of solutions.

We know this does not help because the problem persisted.

He stressed that condemnation tempered with critical thinking that raised key questions for a productive national conversation might be the way to go.

The former TUC president stressed that between the presidential statement and the ethnic debate that polarised Nigerians on social media over the issue, the deeper questions Nigerians should be asking should be how many countries disparage their citizens the way we do here?

“Let us flip the coin for a second, If five foreign nationals are caught in a robbery scandal in Nigeria, it is the laxity of our security agencies and Judiciary that will frame the debate.

“The errant foreign citizens will be condemned by their governments in a roundabout, convoluted language that still preserves the dignity of what it means to be an American or British citizen ” he said.

Esele explained that the President’s aide, should have known that her primary responsibility was to defend and support Nigeria and Nigerians in foreign countries come what may..

“Rebuke with diplomacy, but initiate a consular visit to these Nigerians to ensure their rights are protected as well as investigate the broader context,” he said.

He noted that Nigerians were innocent , until the court of law says so, adding that Dabiri-Erewa had in the past admitted to the shoddy treatment and possible innocence of some Nigerians caught up in alleged heinous crimes abroad.

He therefore said that in view of this, it was the responsibility of the Nigerian Government to stand by any Nigerian anywhere as it was done in other climes.

He added that the bigger picture to be looked at was how the country was affected, what can be done to mitigate such incidents and equally ensure no Nigerian was maltreated anywhere in World.

Esele further said that how to stop those with criminal intents from the perennial crises of national image defamation regardless of their tribe and creed should also be considered.