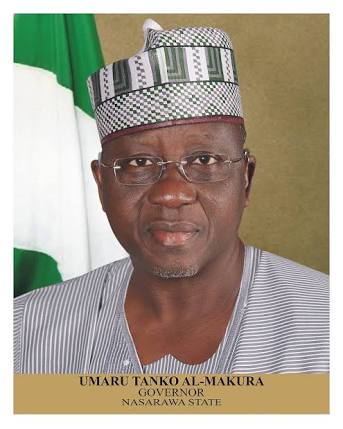 Gov. Tanko Al-Makura of Nasarawa State has announced a major cabinet shakeup in which nine Commissioners and two Special Advisers lost their jobs.

This is contained in a statement signed by Alhaji MohammedAbdullahi, the Secretary to the State Government, and made available to the News Agency of Nigeria (NAN) on Sunday in Lafia.

However, he explained that the decision was to enable the affected persons focus on their political aspirations in the 2019 general elections and for others to pursue their professional/career goals.

The statement also said that six commissioners were retained.

It added that Mr Jamil Zakari of Ministry of Agriculture and Natural Resources was redeployed to the Ministry of Information, Culture and Tourism.

The Special Advisers to the governor affected by the exercise were Hajarat Ibrahim Danyaro on Gender Relations, Rehabilitation and Disabilities; and Ado Dauda Mohammed on Community Based Relations/Conflict Resolution and Management.

The statement further revealed that the erstwhile Special Adviser to the governor on Security, retired Lt.-Gen. Mohammed Adeka, would henceforth handle Community Based Relations/Conflict Resolution and Management.

“Meanwhile, Governor Umaru Al-Makura, on behalf of all the people of Nasarawa State profoundly thank the outgoing commissioners and special advisers for their services and wishes them success in their future endeavours,” the government said.