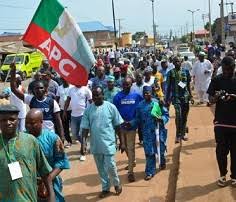 ILORIN — Indications emerged yesterday that the ruling All Progressives Congress, APC, is moving against loyalists of the Senate President, Dr. Bukola Saraki in government as Minister of Information and Culture, Alhaji Lai Mohammed, yesterday directed the Senate President’s loyalists in the various agencies of the Federal Government to resign from office or be sacked.

Mohammed, who gave the directive at a press conference in his country home, Oro, in Irepodun Local Government Area of Kwara State, also canvassed the dissolution of the Kwara State executive of the party led by Alhaji Ishola Balogun Fulani which is loyal to Senator Saraki.

The assertions were immediately dismissed by the Fulani-led executive which through its Publicity Secretary, Alhaji Sulyman Buhari, said the state executive is a product of due process as he affirmed that Mohammed lacks the power to dissolve.

The National Publicity Secretary of the Reformed All Progressives Congress, R-APC, Prince Kassim Afegbua, in his reaction, said the Information Minister was the first beneficiary of Saraki’s political patronage and should resign as he said that Saraki paved way for his ministerial clearance.

“That the Balogun Fulani-led Kwara APC executive committee be immediately dissolved and a fresh congress that will include all Kwara APC members and those who are just coming into the party be held at the various levels to constitute a new executive.”

“That all those who got appointments by deceit, hiding under the facade of being party men and women, should immediately resign such appointments or be fired;”

“That the recent gale of defections has now put the APC in a position of true majority in the National Assembly, as those who remain are the ones who are truly committed to the ideals of our great party;

“That all members and supporters of our great party restate their unflinching support for President Muhammadu Buhari and assure him of a harvest of votes from Kwara State in the 2019 General Elections;

“That all members should remain calm because there is no cause for alarm.”

The minister further explained that “the new development was as a result of the wide consultations with all the stakeholders in the state since Friday, which climaxed yesterday.

“There would be another Congress from the ward, local government and the state levels that would produce another leadership in the state.’’

He said that pending that time, Alhaji Bashir Bolarinwa’s leadership would hold sway in the state.

He stressed:  “ It is unacceptable that members of the party who refused to desert the party would not benefit from the government, while those who have decamped to other political parties would still hold on to the political appointment of a party they have dumped.”

He, therefore, warned that if they failed to resign their appointments as directed, “the Federal Government would sack all of them unannounced.”

Oshiomhole in the know — Mohammed

The minister, who said the consultations that led to the directives in Kwara State was with the knowledge of the National Chairman of the ruling party, Comrade Adams Oshiomole, added: “I, therefore, plead with our esteemed  members of the party in the state to remain calm”.

He, however, noted that,” The doors of the party are open to members who are willing to return to the party”.

The minister also exuded confidence that the APC would win the gubernatorial election in the state in 2019, adding that the electorate will also vote overwhelmingly for the re-election of President Muhammad Buhari and his vice, Professor Yemi Osinbajo.

He added that the resolution of the party would be made known to the national leadership of the party, which would also decide the date of new congresses in the state.

“For six members of the House of Representatives to decamp from All Progressives Congress in Kwara State, to other political parties, we don’t need rocket science to know, that all of them are no longer with us.

“They cannot continue to enjoy the political appointments of a party they have dumped, while those who are our genuine members, still in the party don’t have such benefits,’’ he said.

Our exco came out of due process — Sulyman Buhari

Responding yesterday, the publicity secretary of the party in the state, Buhari said:  “The Ishola Balogun-Fulani led State Executive Committee of the APC is a product of law and due process.

“It was an executive duly inaugurated by the NEC of the APC as  authentic and legitimate. It’s not a jankara executive that Lai Mohammed and his other irrelevant Abuja-based colleagues wanted unsuccessfully to foist on the party during the last congress.

“Worse, he’s not recognised as a leader of the party even in his Oro ancestral home, how much more across Kwara State. A man that did not attend the last congresses of the APC nor voted during the process does not have the standing to call for the dissolution of the executives that lawfully emerged from that process.

“The tragedy of a character like Lai Mohammed is that they forgot that we are in a democracy where the rule of law reigns supreme. No matter how much they try, the only lawfully-recognised executives of the APC in Kwara State at the moment is the Balogun Fulani-led executives. No amount of name-calling and blackmail can change that.”

There were also reactions outside Kwara with the R-APC challenging the capacity of Mohammed to confront Saraki.

Speaking on behalf of the tendency, Prince Afegbua said Mohammed should be the first to resign, claiming that Saraki cleared the way for his confirmation as minister.

“Even though we know that Alhaji Lai Mohammed is one of those Kwarans in diaspora, without any firm roots in the politics of Kwara, he banked on Senate President’s support and endorsement to be recommended for Honourable Minister.

“He should be the first to quit the government as a beneficiary of Dr. Saraki’s political magnanimity.

The Deputy National Publicity Secretary of the APC, Yekini Nabena, was, however, unsparing in his condemnation of Saraki.

He said:  “I have said it before that Saraki should state his stand because he is a rat in APC and it is time that the national chairman fumigated the party so that all the rats can leave.

“How can all the senators and members of the House of Representatives from his state defect and he says he is still in the party?”