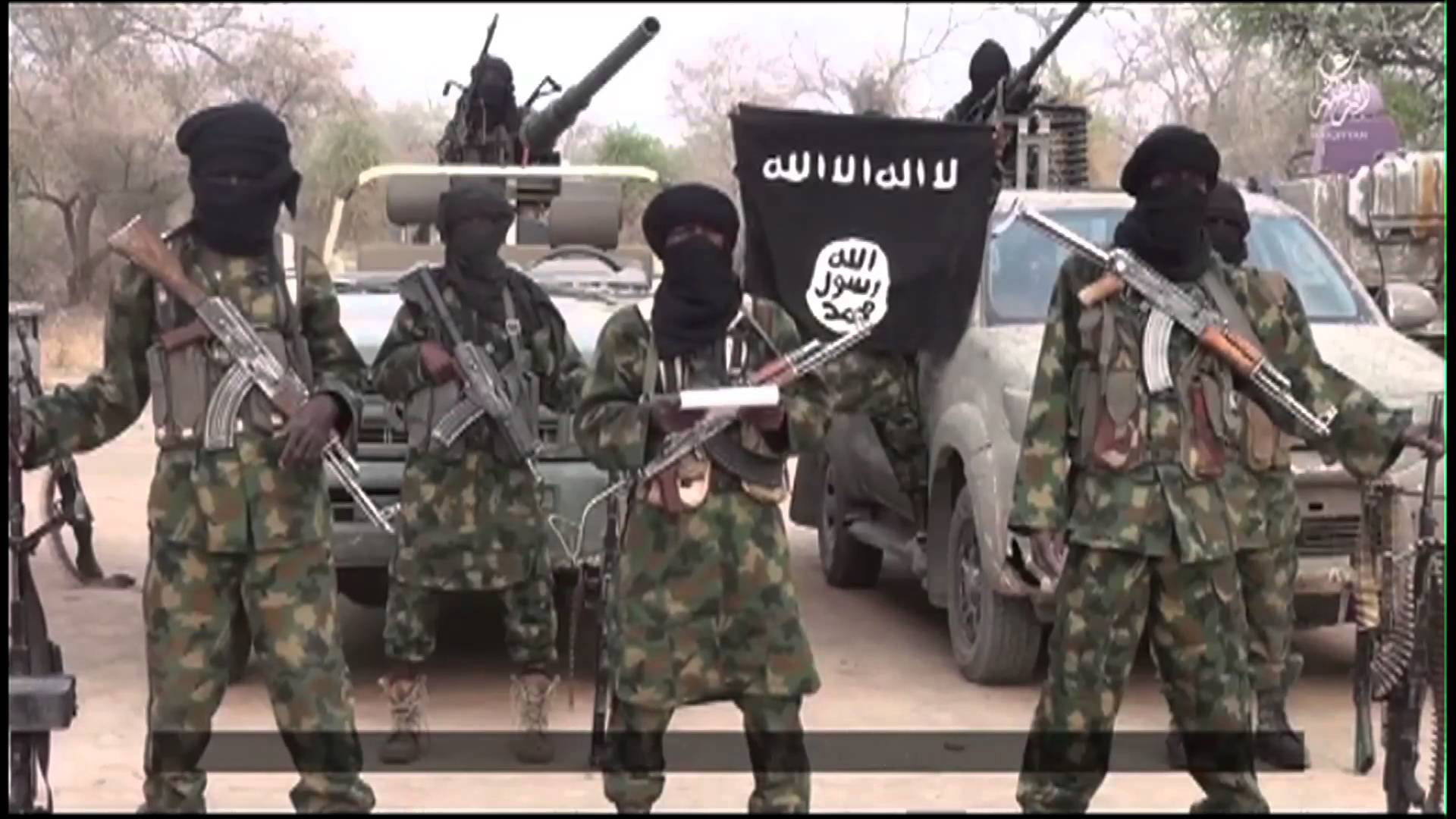 Help! Bandits Are Cooking In Our Backyard

Wedding ceremony is an interesting event in Nigeria. It is usually a period of ecstasy for the intending couple. The feeling, for the groom especially, becomes assured, when the would-be in-laws ask him to come for the engagement list. Engagement lists are indeed wonderful lists. I recall here, today, how excited I was some years back when my mother-in-law called to say that the engagement list was ready.

In South-West Nigeria, and I believe it is so with other tribes, the engagement list is never cast in stone. In most cases, many would-be in-laws only want to see the items displayed and not the quantity. The list is very negotiable and most families would rather not stress the young men seeking to marry their daughters. On the D-Day, the go-between, during engagements, called Alaga Ijoko (the compere who has the right to sit down), usually from the bride’s side, will always confirm that the items are complete. Then the ceremony will go on smoothly and the two families will be happy thereafter.

But that is not so with the ‘engagement’ list from bandits who kidnap for ransom. Is it really right to call the list from bandits ‘engagement’ list? I think the appropriate word is ‘negotiation’ list. In traditional weddings, an engagement list is a prelude to the proper wedding ceremony. So it is with the “negotiation” list from the bandits and kidnappers that lay waste our land. It is a new phenomenon that has sadly crept into our sociological make-up, and created by bandits who operate with crass impunity in the North.

The bandits who kidnapped 153 students of Bethel Baptist High School, Damishi, in Chikun Local Government Area of Kaduna State only upped the ante of the list. Theirs is a novel list, the envy of all lists! They called on Tuesday July 6 to submit their ‘negotiation’ list to the school authorities. The list contained items that must be delivered before the negotiation proper for the ransom for the abducted school children would commence. Unlike their counterparts in Katsina State who asked for motorcycles as pre-negotiation items, the Kaduna bandits pay more attention to gastronomical essentials.

Wakili Madugu, the distraught vice principal of the school, told a flummoxed nation that the felons who forcibly took possession of the 153 school-children had called to submit their own version of an ‘engagement list’. Madugu said he received the call at about 7.30 am on Tuesday, July 6. The abductors were “nice” in their own way. They assured that the students were “safe”, but they needed to be fed. I am still wondering where it is safer for the hapless children: their dormitories or the jungle where they are held.

Ours is a sick nation! Like good businessmen who would like to cut costs so as to maximize profit, the Kaduna bandits would not want to feed the children from whatever ransom they might have collected from frustrated parents and relations of previously kidnapped victims. That is a good business sense, if you know! Shame! Bethel Baptist should pay for the feeding of their students for the duration of their stay in captivity, the bandits insist. The bandits would have been magnanimous to feed them but for the fact that the authorities had blocked their access to food supply, they added. “They said we should bring 10 bags of imported rice, 20 bags of local rice, 20 bags of beans and then 10 cartons of Maggi (seasoning) and then 10 kegs of oil as well as two bags of salt. These were the items they demanded”, Madugu announced. Check out how unpatriotic some bandits can be. Imagine the audacity to ask for 10 bags of “imported rice”, which importation General Muhammadu Buhari banned over a year ago. What a nerve!

I did a mental comparison of these items with my engagement list years ago and came to one conclusion. Nigeria has gone completely bonkers! But you don’t have to agree with me. My mind tells me that the bandits’ asking for 30 bags of rice (10 imported and 20 local), shows that they intend to keep those children for a long time. The feeling became so strong for me when the vice principal hinted that the bandits rejected the items the school provided as too small.

Madugu explained his predicament thus: “The school had no more food because we were preparing to close the school in less than four days. As of today, we have nine bags of rice, one sack of beans, two cartons of Maggi (seasoning), two kegs of palm oil and a bag of salt. …They asked me how far. I told them this is what we have on hand and they started insulting me, threatening me and they switched off the phone. That means what I have is not enough”. It is more than evident that it will take 153 students quite a good number of days to consume 30 bags of rice and 20 bags of beans.

Again, I have been wondering how the items will be transported to the location(s) the bandits will instruct. Definitely, not a Sienna space bus will be used, but a truck. How on mother earth will they transport the items to their location without being detected? I don’t get that! But we should not worry so much about that. Those who transported 153 school children into captivity ‘undetected’ will not have much difficulty moving ‘common’ 30 bags of rice and 20 bags of beans. You still don’t believe we are a ruined nation? Funny! To also cook for 153 children, the ‘caterers’ will not require a camp gas burner. Of course, the bandits will dare not use firewood for obvious reasons. So how again will they transport or refill the cylinders of their industrial gas burners without raising suspicions? Since the bandits did not ask for curry and thyme, detecting their cooking from the aroma of those two seasonings may be a bit difficult, especially since our super efficient “intelligence” agencies never smell anything, except human beings who have the rare capability to transform to cats like Sunday Igboho.

A friend said that his greatest problem with the latest Kaduna abduction “is the absolute lack of intelligence gathering by the government”. I disagreed with him. The government knew that there would be abductions in Kaduna schools. What happened was that the governor only made arrangements for the safety of his biological children in public schools. That was why Governor Nasir El-Rufai “temporarily” withdrew his son, Abubakar Sadiq, and daughter, Nasrin, from the Kaduna Capital School, a public school located at Isa Kaita Road, Ungwan Sarki Muslimi, Kaduna. “My son and my daughter are registered in the school. We also registered Sadiq’s sister in the school when she clocked six. But we had to temporarily withdraw them for the sake of the security of the school because we received security reports that three (banditry) groups were planning to attack the school and kidnap my son”, El-Rufai told BBC pidgin network.

Intelligence gathering in Nigeria works only when the elite and their families are involved. As long as Sadiq and Nasrin are safe, all other yaros in Kaduna schools are dispensable entities. El-Rufai only withdrew his own children to safety and left other people’s children as prey for bandits without any warning whatsoever. The school vice principal put a lie to the claim that the school was warned to shut down by the state government before the abduction took place. I would rather believe the school authorities in this case. If indeed the government directed the school to close and the authorities there refused, what did the government do? We will only believe the Kaduna State Government if we all agree that El-Rufai lacks the capacity to enforce his own directives.

His antecedents in Abuja as the FCT Minister and in the last six years as governor do not support that kind of lack of capacity theory. If he had issued that directive and it was flouted, with the abduction taking place, the El-Rufai that we all know would have by now, made a ruin of the Bethel Baptist High School. That is one misfortune of the nation; a country where our leaders are self-serving; where security agents, paid by taxpayers to protect us all, are cornered by a very few elites and those who imposed themselves on us as leaders. And in case you are wondering why the DSS for instance, has not been able to gather any ‘ntelligence’ and go after the abductors of the Kaduna schoolchildren, you need to understand that those children don’t look like a Sunday Igboho or Nnamdi Kanu.

Those are the only two threats to national security in our leaders’ reckoning. And there is nothing ironical about a government which can have Kanu kidnapped from Kenya but cannot go after some cooking bandits in its backyard. The issue here is priority. The bitter truth, which we all must reckon with, is that the present crop of leaders doesn’t place any premium on the lives of the hoi polloi. In a saner society, the moment El-Rufai got to know that “three (banditry) groups were planning to attack the school and kidnap my son”, he would have made adequate arrangements for the sons and daughters of other people to be safe too. But why will he care as long as Sadiq and Nasrin are out of risk and danger? And he will not get punished for such a midget thinking and action. Just watch him and the political compensation he will get after his tour of duty as the governor of Kaduna State in 2023. Incidentally, El-Rufai is not alone in that class of political leaders. While hundreds of citizens are kidnapped per second on roads and highways across Nigeria, our leaders go about with legions of security agents drawn from the armed to the paramilitary, while the helpless citizenry make do with reciting “the Lord is my shepherd” and Qurisiyu as the case may be!

The latest Kaduna abduction puts an indelible question mark on the selective “intelligence” of our security agencies. The bandits used telephones to make all the contacts they have made so far. Those conversations took place within the telecommunication coordinates of Nigeria. Kanu made a call from the UK to Kenya and our “intelligence” agencies “intercepted” that. Why then has it been difficult to employ the same energy used in “intercepting” Kanu in faraway Kenya to the festering insecurity within their precincts here in Nigeria?

Why have the DSS operatives been hesitant to use the same “intelligence” they employed to apprehend Igboho’s cats to capture the gun-wielding, rice and beans-cooking insurgents and bandits of the North?. We cannot continue to ridicule Nigeria before the comity of saner countries. If the thief has no sense of shame, his relations should have. Those bandits are cooking jollof rice in our backyard. They are using maggi and other seasonings. An intelligent security agency should be able to perceive the aroma and trace the source. In our days at Awo Hall in Obafemi Awolowo University, OAU, Ile-Ife, we knew when our friends cooked “boys only” (beans), “girls only” (rice) and “boys and girls” (beans and rice, the ultimate ‘concoction’) just by perceiving the aroma. These particular bandits have 30 bags of rice and 20 bags of beans to cook. They should not be allowed to add the maggi before they are brought to book. Let the security agencies display their “intelligence” for once!. On bent knees, we cry!