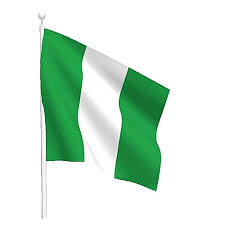 I am shocked that the Igbos are not speaking up at the apparent siege laid on their land by uniformed person of different categories. They range from Army, Navy, Police, Civil Defence, Customs, FRSC, etc. My journey had taken me by road from Isele-Mkpitime, where I had gone to pay tribute to a Nigerian icon, Chief (Dr) P.K.C. Isagba, the Odogwu of Isele-Mkpitime. He was one of the first Nigerians to believe in my ability as a young fledgling lawyer.

I had been handling his cases whilst at Chief Gani Fawehinmi’s Chambers. When I left as Deputy Head to set up my practice in January 1986, Chief Isagba personally went to Chief Gani Fawehinmi, to allow him move his files to me, to continue handling his cases; a request the amiable and selfless Gani granted immediately. So, Chief Isagba became my first major client as a tottering practising lawyer, trying to find my groggy feet. He became my bossom friend and elder brother.

My journey from Isele-Mkpitime, through Asaba, to Port-Harcourt, told me clearly that the entire Igbo land is locked down in a physical, psychological and mental siege, reminiscent of a civil war time.

When the Civil War ended January 15, 1970, the then military ruler, General “Jack” Yakubu Gowon, who became Head of State, at 31 and a bachelor, proclaimed the three Rs: “Reconciliation, Reconstruction and Rehabilitation”, which heralded his policy of “No Victor, No Vanquished.”

This was after the unfortunate failure of the 4th-5th January, 1967, of the “Aburi Accord”, that would have prevented the bloody war in which over 2 million civilians and 100, 000 military combatants were killed. Or, was it an historical mistake that these people who had already manufactured “Ogbunigwe” (series of weapons, that included detonation mines, IED, and rocket propelled missiles), with which they prosecuted the Nigeria – Biafra war between 1967 and 1970, were prevented from leaving Nigeria? Perhaps, we would today have had a Japan, Singapore or South Korea lying side by side a sprawling “giant of Africa” on clay legs.

These policies were meant to quickly heal the gaping wounds of the gruesome blood-letting, forget the horrors and evils of the fratricidal war and quickly reintegrate the Igbos into the society.

But, have these hardworking, gregarious “Jews” of Nigeria been reconciled, rehabilitated and reintegrated into the mainstream of the Nigerian society? I doubt it. Simple proof: show me any Igbo man in today’s all powerful cabal kitchen cabinet of PMB’s Government.

My journey from Isele-Mkpitime, Delta State, through Asaba, Onitsha, Oba, Oraifite, Okija, Ihiala, Mgbidi, Awomama, Owerri, Aba to Port-Harcourt, was a strangulating reminder that the Igbos, inspite of their unquantifiable contributions to the commerce, industry and innovations that drive the non-oil sector of the Nigerian economy and give it oxygen, are nearly a conquered people. The check-points along the above stretch of road are nauseating and asphyxiating, as the security agencies, including para-military ones out-do each other to harass, torment, search, intimidate and extort money from travelers.

Earlier journeys by road (I travel a lot on professional duties), had shown me the same siege through countless roadblocks: Enugu, through the Ugwogo Nike-Opi-Nsukka Road; Amansea in Awka-Ugwuoba Oji River; Nnewi, Alor, Ekwulobia, Amesi, Ugar, Umuchu; Okigwe, Awgu and Ituku Ozalla, Umuahia and Isiala-Ngwa, on Enugu-Port Harcourt expressway. On the Umuahia-Ikot Ekpene highway, you have exasperating road blocks at Michael Okpara University junction; Isingwu-Nkweogwu junction of the Isuikwuato-Uzuakoli-Ajayi-Igbere road; and the 14 Brigade Army barracks junction at the Ohafia-Arochukwu highway.

As you are crossing one check point, a mere look ahead of you, of less than half a kilometer, will reveal another barricade. It is all so frustrating. There is no war, or security breach. South East is not North East where Boko Haram still calls the shots (forget about Government’s pet words of “we have degraded Boko Haram”; Boko Haram is still very potent, controlling large areas, killing and maiming people on a daily basis. Their representative said that much at the 2nd May, 2017, Re-Union meeting of the 2014 National Conference delegates at Daar Communications Centre, Abuja, where I delivered the keynote address).

Yet, in this Boko Haram-ravaged region, you would not find this armada of security, treating the entire geo-political zone made up of five states (the least in Nigeria; some others have seven states), like a conquered territory.

It is only the recent suit by my good friend, Olisa Agbakoba, SAN, (six of us founded the Civil Liberties Organization (CLO) – the first human rights body in Nigeria-on 15th October, 1987), over “marginalisation of the South East region”, that has perhaps brought to the front burner, these disturbing tons of injustice. That is why no one can ignore Nnamdi Kanu and his IPOB, Ralph Uwazurike’s MASSOB, etc, agitating for self –determination, a right sanctioned and recognised even by the UNO.

These fully armed and trigger-happy security personnel have never taken steps to protect the Igbo race, against rampaging Fulani Herdsmen that raid their homes, to maim, kill and rape their wives (remember Nimbo in Uzo Uwani LGA in Enugu State). They have never repelled the incessant reign of terror by armed robbers, kidnappers, hired assassins and murderers. No, they are stationed there for three main reasons: (1) check the bid for self determination by the Igbos; (2) extort money from the wealthy and poor Igbo traders who ply these routes; (3) remind the Igbos that the all powerful Federal Government is on ground to silence the people and force them to toe their ruling party line.

Wait a minute; is that why some prominent Igbos, including erstwhile leaders, members of the BOT and two-time Governors for eight years under PDP, have been outdoing each other to decamp to a non-performing and fundamentally flawed party like the APC?

Let me end this piece by recommending to the Ndigbos, the legendary Hubert Ogunde’s immortal words, in his most famous 1964 play, “Yoruba Ronu” (“Yorubas, think”), a stinging satire that got his theatre company banned, which ban was later lifted in 1966, by the new military Governor.

Ozekhome, a Senior Advocate of Nigeria (SAN), is a constitutional lawyer and human rights activist