While erudite minds discussed the recent revelation of betrayals as mentioned in Okonjo Iweala’s book, a certain busybody strolled by with diversionary comments of how Okonjo Iweala failed. He made matters worse by insinuating that Buhari’s Govt is trying to fix GEJ’s mess.

Unfortunately for this meddlesome interloper, he was surrounded by sense making minds whose voracious rendition of facts belittled his attempt to compare Buhari’s administration with GEJ’s. As I relate with you on this matter, the Buharist, Abayomi Animashaun is still in intellectual coma. How would he respond to reasoned comments that followed his scrupulous manipulation of facts and maintain sanity? 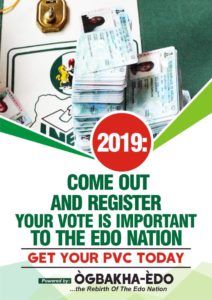 “Dear Abayomi Animashaun, I have tried very hard to understand the nexus between this thread and the post but couldn’t see where they correlated- indeed to write is human but to understand is divine.

How do you justify the actions of Duke and the cabals who ran from pillars to posts to sabotage the economy of Nigeria in their bid to discredit the best Government Nigeria ever had since the inception of democracy?

If he could go as far as Washington DC to discourage Okonjo imagine other unthinkable things and steps hundreds of his likes must have taken in the dark to distract the Dr. Goodluck’s administration. You should rather be bothered about the future of this country.

Like I said you derailed for all intent and purpose and naturally there is no platform known to man where GEJ and PMB can be scaled, but for the records let me know what gives you the morality to attempt or even contemplate comparing Jonathan’s administration with the mess we have today. 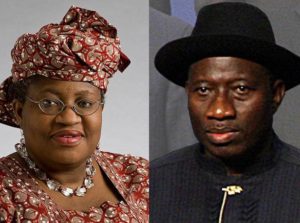 Where will the comparison start?

A government that claimed to feed each prisoner with 14K a day.

Under your corrupt free messiah Nigeria dropped 12 places in the 2017 corruption perception index by Transparency International, Nigeria dropped from 136 to 148 in the latest CPI ranking.

Under the corruption fighter the following corrupt case were swept under the carpet :

A government of parochial bigotry that polarized our country into 97% and 5% ?- where ever the calculations comes from.

You claimed of recovered amounts, – if truely those amounts were recovered how come this administration has borrowed over 12trn to finance it’s budget? ( An amount PDP couldn’t borrow in 16years )yet nothing to show for it or has Buhari and his go travellers in the corruption convoy relooted the recovered loots?

What makes you think it’s not nauseating to compare an administration that built 12 universities in 4 years, revived the railway sector with one that is still planning to produce pencil in 2020?

Is it not insanity to compare a government that created jobs and reinvented subsidies with one that made 12million Nigerians to loss their jobs only to promise them masquerade dressing jobs ?

Please can you point with certainty any project this administration started and completed in the past 3years?

What makes it healthy to compare a government with no direction, no action, no mission, no vission, no motion, full of confusion with a government that touched nearly all arears of the economy.

Is it not folly to compare an administration that held exchange rate @ 189 naira per dollar with one that lost control of the exchange rate? What really are “we” smoking in this country to even think of comparing Jonathan (light ) with darkness? Would it be out of place if I ask God to rule your life as Buhari is ruling Nigeria and Nigerians?

What gives you the moral justification to mention BVN and TSA without giving the credit to GEJ and his team ? Is it not criminal on you to ascribe the glory to buhari when Goodluck was the brain behind them? What has Buhari ever initiated?

In one breathe you claimed Okonjo did not save, in another breath You avered Buhari shared bailout funds and I ask where did he get the first fund from? Who saved it? You or who?
After Meeting with Adeosun did you hear Bill gate’s remarks on our economic policies? Is Bill gates also of the PDP?

Where do you intend to start ? Prices of commodity? Or the inflation rate that went from single digits to double digits? Or the economy that was once quoted as the fasted growing economy in Africa that took a sharp nosedive immediately Buhari touched it?

Before you go further please show us one project Buhari initiated and executed apart from mindless killings. A government that colluded with Fulani herdsmen against it’s own citizens or a government that is reputed for it’s flagrant disobedience to due process and the rule of law?

Which of the adeosu were you trying to compare with Lady Okonjo? The adeosu and his team that made budget look like a rocket science disappearing and reappearing at will. Lest I forget where is 2018 budget? Does Adeosun have what it takes to be one of Okonjo Iweala’s researchers? How do you compare pencil with laptop?

Only in this corrupt free government do we hear and learn of budget padding, what a good precedent.

Please stay put to the topic and stop yanking off and about.”

ME: This is what happens when a petty prey pulls the tail of the tiger!