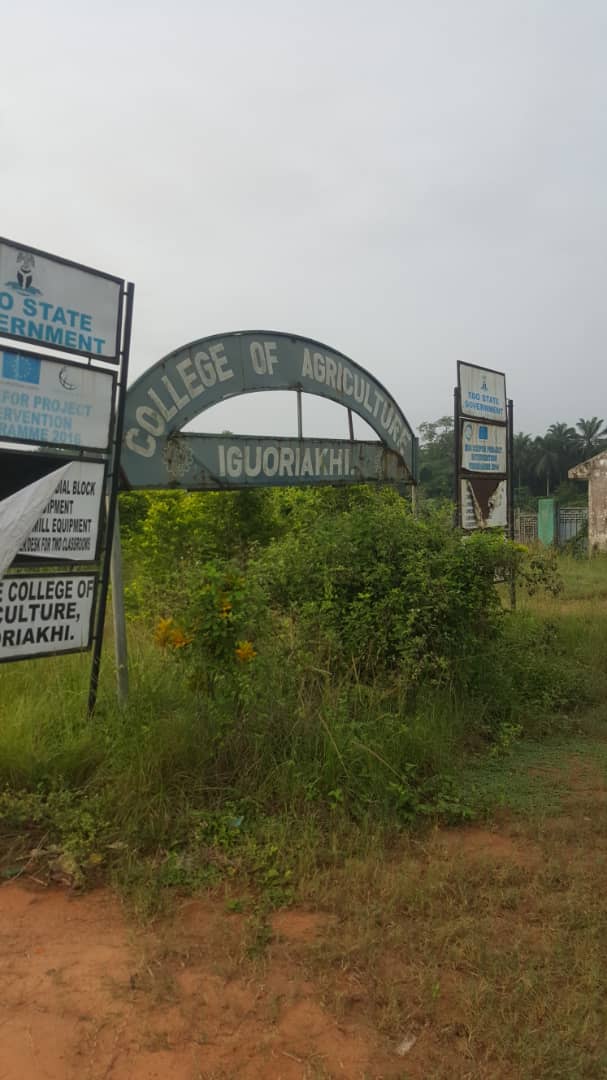 Governor Godwin Obaseki of Edo State has been battling to keep faith with his electoral promise to revolutionize education to meet the world’s standard of basic, secondary and tertiary education for his people amidst mounting criticism by the opposition and Civil Rights Groups that his style has literally destroyed education in the state than fix the rot in the system.

One of the governor’s education enhancer and Chairman of the Edo State Universal Basic Education Board (SUBEB) Dr. Joan Oviawe lists endless achievements of the governor to include 20,000 new registration of pupils in public schools who were originally out of school and are of school age.

Marking one year of its special intervention programme in primary education called EdoBest (Edo Basic Education Sector Transformation) in a chat with journalists a few weeks ago, Dr Joan Oviawe stated that so far, 7,000 out of the 11,117 primary school teachers have been trained and provided with tablets on modern teaching techniques and through the process also get feedback on the performance or otherwise of the teachers in terms of regularity in teaching and punctuality in class.

Oviawe said another set of 615 teachers are currently undergoing training while she said nothing less than 800,000 free text books have been distributed to primary schools. Just as she said the Board has introduced electronic record for pupils with their data and those of their parents and guardians captured to monitor movement of pupils from one school to another and keep their proper records including academic performances.

She also told journalists that 232 public schools are being rehabilitated across the state with 56 of this number undergoing complete reconstruction.

“All these are being done in line with the vision of Governor Godwin Obaseki who is determined to take the standard of education particularly primary education to a very high level so that any pupil leaving primary six will be well equipped to even teach. This is being done at no cost to the pupil because primary education is completely free.”

She said to check cases of vandalism of school facilities, a School Board Management Committees (SBMC) has been established to take ownership of the facilities and help protect them just as she said the recent re-introduction of subvention to the schools is to provide needed funding to maintain the facilities being produced by the government. She said Open day which enables parents to visit schools and see how their children were being taught has also been introduced and would hold twice in a term.

Investigation has shown that in spite of the government genuine efforts at providing unfettered access to a compulsory Universal Basic Education (UBE) for all school age children in the state as a bridge to future socio-economic development, that milestone is yet to be realised in the short period of Governor Obaseki years in office. Also, the promised to establish and maintain quality and standards through enhanced, relevant and competence-based curricula and effective quality control and monitoring at both public and private levels is still far between.

​It has been revealed that strengthening Edo State’s technological and scientific foundation by rejigging technical, vocational and entrepreneurial education formats and objectives in the state government style may yet bring about actual development in the educational sector. Added to that will be making optimal use of Information and Communication Technology (ICT) to meet the state’s manpower needs in commerce and industry and other core areas as being provided by the state government.

It’s universally agreed that education flourishes only when enabling environment is provided that stimulates active participation of the private sector, non-government organisations (NGOs). However, the state government has been applauded by the people for ​enhancing the resourcefulness, competencies and efficiency of teachers, instructors, most especially lecturers and members of staff at Edo State Polytechnic, Usen through capacity building, training and other motivational platforms.

The appointment of Prof. Abiodun Falodun of the university of Benin as the Rector of Edo State Polytechnic, Usen on April 2nd, 2018 has been the turning point for the visible restructuring and repositioning of the institution, says Miss Magdalene Okhaide, HND 1 Public Administration student of the institution.

Miss Okafor Syvia and Master Moses Omofese, both students of the Polytechnic were elated for the reduction of the school fees cumulatively from N120,000 to N45,000 for social science students and N50,000 for science students respectively which has been  responsible for lack of students in the institution in past.

Lecturers, management staffers and students alike attested to Governor Obaseki’s and the Rector’s tireless commitment to make Usen Polytechnic unbeatable across Sub-Sahara African countries. “We’re happy that several months salary arrears and all the overdrafts loans taken by the former Rector unaccounted for have been paid by Prof. Abiodun Falodun”, the Dean of Students Affairs, Mr. Usman Osarenren said.

It’s also to the credit of Prof. Falodun that first Convocation Ceremony was held on December 1, 2018 since the establishment of the Polytechnic on 19th December, 2002 by Governor Chief Lucky Igbinedion administration.

Under Governor Godwin Obaseki’s administration, College of Education, Abudu in Orhionmwon Local Government is growing in leaps and bounds. At the last count, more than twelve existing dilapidated buildings has been renovated and completed for use by students and members of management staff.

These include ninety five hostel rooms with ultra modern toilet facilities with separate kitchens, built separately to accommodate both male and female students, four large lecture halls with additional twelve class rooms on both side each, administrative building along with ICT building, members of staff quarters and interlinking roads within the campus earmarked for construction.

“The enthronement of the Obaseki government exposed the lack of depth of the APC government Education Policy in the state. The primary and secondary schools are unfunded, no subventions from government, inadequate teachers, equipment, learning aides or teaching aides. There hasn’t been a proper student census to determine number of pupils in schools and therefore proper arrangements cannot be made to cater for them.

“The cosmetic renovations of “along the road” schools have “faded” and the school buildings are once again become eyesores! The Obaseki government has closed down functional schools for renovation and revamping only for him to shift position once he has achieved his sinister motive of closing down.

“As we speak, students of the colleges of education Ekiadolor, college of agriculture Ogieriki etc along with their academic and non academic staff are in limbo as no clear policy position of government on their fate. Only sound bites and empty promises. Obviously, the position of government is frowned at by all Edo as schools should be opening and not shutting down”, Chris said.

“In neighbouring states like Kogi, Delta, Ondo and other States, the Governors are paying bursaries to their students while Edo State Governor heart is hardened like Pharoah Ramses towards the payment of bursaries to the indigent Edo students schooling in Edo State.

“APC-led government under Godwin Obaseki is leading in denial. The Civil Society Organisations in Edo have written to the State Governor and the Parliament to ascertained why the Schools are shut down and the need for the schools to be re opened for academic activities but no responses from them. Some of our Comrades have had meeting with the Chief Of Staff on the matter but all to no avail.

“We’re set to expose and disgrace them in our planned protests in coming days. Our  messages are very clear. Open Our Schools now”, Kola said.

Boiling over, Comrade Kola Edokpaye said, “at this junction we can’t afford to allow lecturers, management members of staff as well as the students’ faiths to be dangling in the balance while jesters and blusters in government house ride the roughshod”.

Two Principals in Edo State (name withheld) of the same Secondary School — Senior and Junior in the same premises chastised the state government for misinforming the general public about its achievements in the educational sector.

“Since November last year we have not received one kobo from the state government for subvention. Besides, we only have one English and mathematics teachers each, teaching over 3,000 students in the entire school.

“The governor should employ science teachers since older ones have all retired. After all, Governor Obaseki promised 200, 000 jobs to Edo people in each of his four years in office”, one of the principal roared.

A visit to Colleges of Agriculture Iguoriakhi and Ekiadolor, now Tayo Akpata University invokes unrestraining anger over the closure of the once boisterous institutions without adequate explanations beyond renovations or restructuring blank twitches from the government, while existing structures are allowed to be vandalized, degraded and cannibalized.

Edo State Commissioner for Education Hon. Emmanuel Agbale abdicated as he refused to answer calls or questions put to him bothering on the closure of the colleges.