Home News SUBEB: The Chronicles of Godwin Obaseki and His Elephantine Corruption. 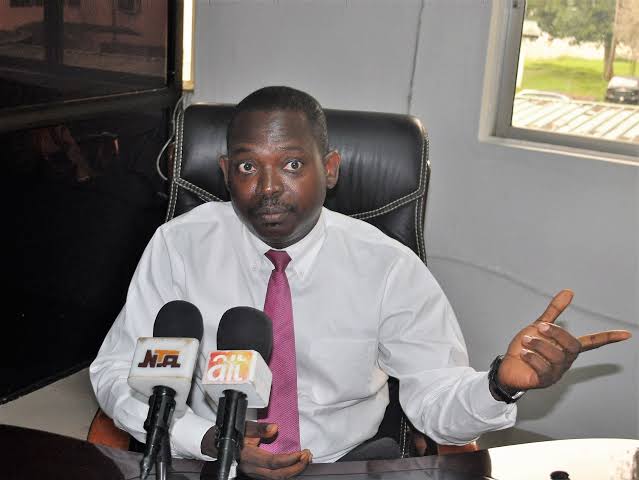 Now, I must need to focus on the goal:

Follwing recent developments of the past week, allegations of corruption has been levied against the Edo state governor, Godwin Obaseki. The ideal response to such brazen claims is a clear renouncement of the charges through substantial proofs. However, that has not been the case as the governor and his aides, instead of addressing the charges, opt rather to attack personalities. This sufficiently arouse suspicion and the plot thickens with more sinister stories coming public.

Determined to divert public funds, as evidences have shown, Obaseki resort to criminally inventive ways in achieving his unrighteous goals.

First, he makes sure the global standard process of awarding contracts is compromised, hence giving him the devious freedom to assign contracts to his cronies. There is no bidding for contracts, (if any, they are backdated), there is no vetting of designs, no comparative cost analysis, no gauging of companies’ competence. Contracts are awarded to companies that exist only on paper without physical presence, without record of previously completed projects.

This sets the stage for a bigger fraud. Having endeavoured that the process of awarding contracts are shrouded in conspiratorial secrecy, governor Obaseki furthers his machinations. He uses contracts as a tool to secure loyalists who will support and cheerlead his incompetent administration into undeserved second term, and a weapon to punish the good hearted ones who won’t stand and watch evil make a return.

Continuing his desire to divert public fund, Obaseki and his rotten administration re-enlists projects already completed in the past. Example of this acts abound and most popular of them is renovation of schools through the State Universal Basic Education Board funds . Obaseki marks out schools that was satisfactorily renovated by the previous administration for another renovation work, which as one may guess, never experiences any renewed renovation. The money slated for such projects is diverted for personal his use, his cronies and inexistent contractors.

Furthermore, Obaseki creatively ups his corrupt practices through employing alien consultants from Lagos state to do the exact checks and verification duties paid civil workers, by obligation, should do. A mild look may wrongly put this act as one born of honest intention for dedication towards quality delivery. Unfortunately it is not, but a calculated attempt at syphoning public fund. Again, like the bogus contractors, one may ask, who constitutes this consultants and for exactly what need were they conscripted from Lagos?

To be clear, these are not moonlight tales and we must mention names, hence strengthening the ongoing call for accountability. The renovation of schools in the entire Esan Central was awarded to an APC chairman for obvious reasons. In Ikpoba Okha, renovation was awarded to the twin brother of Osarodin Ogie, the Secretary to the state government. If pedigree and competence is criteria for awarding contracts, with the emerging pattern of contracts going to a certain group of people, a sane mind must begin to wonder if all competent contractors in Edo state, are government officials and their relatives. If the government denies this, then my challenge to them is repeated: publish a list of contractors, with basic contact details such as a website so the people can do due diligence.

Graduating from nepotic corruption in bright colors, Obaseki admits himself into heartless incompetence. A school in Akpakpava, at the back of Holy Aruosa, right in the city of Benin, lacks roof, doors and windows. Obaseki drove students away, promising to renovate in two weeks, but after two years, neither windows, doors nor Obaseki was ever seen again.

In the state capital lies the symbol of Obaseki’s incompetence, rut gathered over years, academic promise left to ruins as decay hurry from hinterlands right into the heart of Benin city. The gust of failure has circled Edo state but it raised important dusts, awakening the people into asking questions: what is this dirty particle in our eyes? It is Obaseki and his wicked allies and the people are now ready to wipe them forever away from their sight.