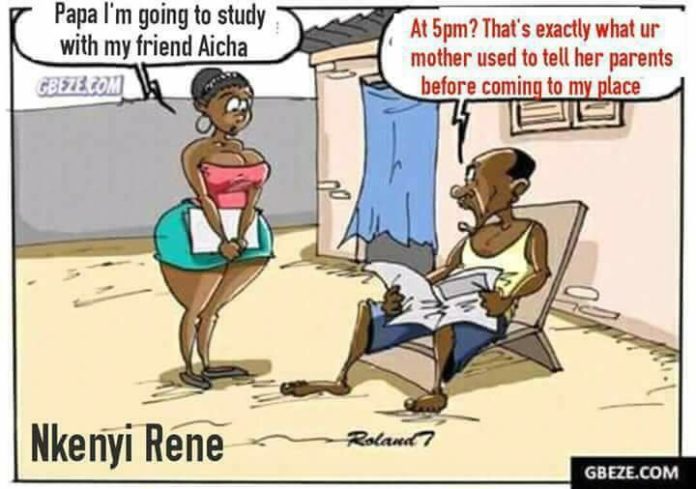 Why are virgins , both female and male always described as good girls and good boys ? I may be in the minority here, but I find that equivalence infinitely absurd , so you hear people talking of good girls not getting good husbands and bad girls getting the good boys and so on.

Entering matrimony as a virgin does not automatically qualify anyone for a shiny halo , virginity does not define goodness anymore than one beautiful neighborhood defines a city , sexual promiscuity is just one of many human vices , and not indulging in it is just one of many virtues , the female or male virgin is not a good or bad person , rather he or she is a sexually continent person . Many misguided persons have mistaken sexual incontinence for goodness , particularly in the choice of a matrimonial partner , with sometimes deeply unfortunate consequences .

A virgin may be bad tempered, arrogant , dishonest , mean spirited or lazy and selfish , to name just a few , he or she may also not possess any of these character flaws , the point is that the presence of sexual continence should not lead to a presumption of the presence of other positive traits , it simply does not work that way , a lesson many have had to learn the brutal way.

Furthermore, many virgins enter marriage with a mammoth size sense of entitlement, believing that since they have ‘ kept ‘ themselves for their spouse , they are owed a life time of gratitude and even obeisance , of course a sense of entitlement is extremely toxic to the success of any relationship, particularly a matrimonial one .

Furthermore, virginity is not recyclable , by the time a marriage is a few months old , virginity has become a quaint but distant memory and relationships cannot survive on memories , they need to be nurtured from day to day , the past is important but the present and future more so.
It should therefore not be a surprise when a sexually adventurous individual ends up with a responsible caring partner and has a successful marriage while their sexually continent counterpart flounders and flails in his or her own relationship , we often make the mistake of defining people based on one obvious character trait whether good or bad , but this should not be the case , there is much more to the sinner than the sin, to the offender than the offense , a person might be sexually incontinent but warm , kind hearted , humble and generous, traits that are very helpful in making relationships successful .

Our society needs a seismic shift in paradigms as far as this is concerned , that one is sexually continent or incontinent before the commencement of a matrimonial union is no pointer to the ultimate destination of the relationship , marriage as anyone involved in it knows , is extremely complex , each case is to be taken on its own merit . Sexual continence is quite commendable , but it does not in any way , shape or form guarantee matrimonial success , am I advocating sexual promiscuity ? Not at all, simply pointing out that contrary to popular perception , virginity and virtue are not of necessity synonymous .

Human morality and goodness are increasingly rare to the point of being endangered , defining them strictly and solely from the parochial perspective of weakness of the flesh does them a great disservice , refraining from promiscuity and licentiousness is part of being decent and moral , but by no means all of it .

Jude Ebedi is a medical doctor based in Lagos, Nigeria.

2019: INEC To Train Corps Members On Use Of Card Reader.