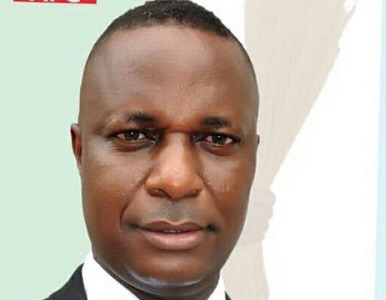 In the Court sitting on November 15, 2019 the Judge Justice Ovbiagele stroke out the motion filed by the Nigerian Police seeking to withdraw the six criminal charges against him. Barr. Omosun a Superintendent of Police representing the CP Legal, Abuja argued referring to the Police Act that the Police is charged with investigation of Criminal cases sought to withdraw the charges already in Court to complete their investigation upon receiving a petition from the suspect. It should be recalled that the same Police had prepared and endorsed a report of completed investigation which led to the filing of the charges against the suspect.

The Solicitor General of the State Barr. Oluwole Iyamu, representing the Attorney General of the State expressed sadness at the development stating that it was very disappointing that the Nigerian Police could reduce itself to the absurd level or wanting to deliberately truncate a case it is handling. He repeated that the AG of the state in compliance with section 216 of the criminal code has taken over the case to ensure proper dispensation justice and therefore called on the Judge to discountenance the appearance of the Barr. Omosun and subsequently strike out the motion.

After a careful review of the relevant empirical cases on the subject matter the judge ruled that the appearance of Barr. Omosun be voided and therefore stroke out his motion.

The State Counsel then proceeded to amend the charges previously filed by the Nigerian Police though a motion filed on November 14, 2019.

Barr. Paul Osarenkhoe, Counsel to Dumez UGIAGBE objected to the amendment which was overruled by the Judge.

In his ruling Justice Ovbiagele ruled that the AG reserve the right to amend charges at any stage of the proceeding. He also ruled that the Bench Warrant served on Dumez Ugiagbe still subsist.