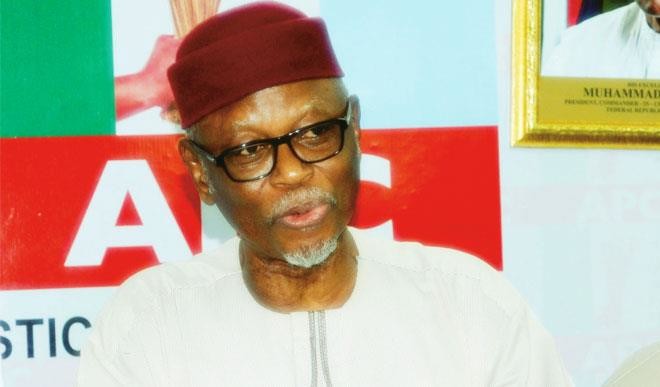 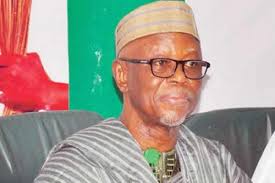 Despite the endorsement of Adams Oshiomhole by President Muhammadu Buhari for the position of national chairman of the ruling All Progressives Congress (APC), Chief John Odigie-Oyegun, the incumbent national chairman and his supporters are resolved to fight the battle to a logical conclusion.

Though many thought Odigie-Oyegun will withdraw from the race following the open support of Buhari for Oshiomhole, DAILY INDEPENDENT gathered that he was emboldened by his supporters to continue his campaign while they strategise to ensure he secures another term in office.

Leading the pack are the pro-Odigie-Oyegun governors:

Among the governors, DAILY INDEPENDENT gathered that Akeredolu and Bello are resolute in their quest to ensure that Odigie-Oyegun retains the seat.

Also included in the plot to return Odigie-Oyegun are some appointees of President Buhari led by Rotimi Amaechi, Minister of Transportation.

A member of the party’s National Working Committee (NWC) who spoke on condition of anonymity said as part of the strategy, a meeting has been fixed at Amaechi’s residence Wednesday evening. Though he could not provide further details on the meeting, he said it is part of the strategy to ensure that Odigie-Oyegun is returned.

He informed that while the president’s support for Oshiomhole could not be brushed aside given his position as the national leader of the party, many of the stakeholders are not in support of the move because they are not comfortable with Oshiomhole’s leadership style.

“Odigie-Oyegun’s supporters are not giving up. Those flying the kite that he will withdraw from the race are making a grave mistake. The man himself (Odigie-Oyegun) has not publicly said he is withdrawing from the race and from what I know, his supporters are working round the clock to ensure that he returns. In fact, they have scheduled a meeting tonight at the residence of Minister of Transport, Rotimi Amaechi.

“Many of those backing Odigie-Oyegun are not comfortable with Oshiomhole as the national chairman and they are determined to ensure that he did not occupy that position. They believe they can influence the delegates to do their bidding at the convention. We will see what plays out during the coming days”, he said.

In a related development, the Lagos State chapter of the APC said on Wednesday that it had no preferred candidate for the party’s national chairmanship position.

A member of the chapter’s Elders’ Forum, Prince Tajudeen Olusi, made the statement in Lagos.

PDP Disassociate Itself From Ikimi, Igbinedion On Obaseki’s Performance