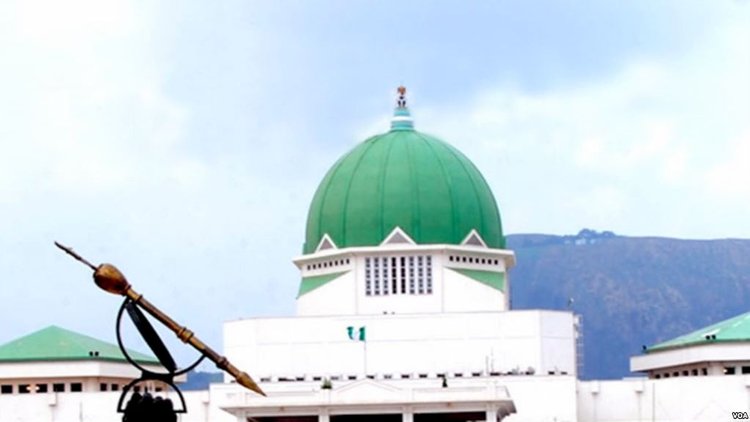 Members of the National Assembly have inserted an average of 13 projects each into the appropriation bill submitted by President Muhammadu Buhari, the president said.

An N8.6 trillion budget proposal submitted to the National Assembly on November 7, 2017 was increased to N9.1 trillion when it was finally passed in May.

President Buhari in his speech while assenting to the budget on Wednesday accused the National Assembly of tampering with the 2018 budget sent to them by cutting essential projects and inserting non-essential ones.

Up to 6, 403 projects initiated by the lawmakers were smuggled into the budget, Mr Buhari noted in his speech.

Both houses were quick to defend their fortresses with the Senate noting that chairmen of committee will be directed to submit items on the budget.

But how was this over 6, 000 projects distributed by the lawmakers?

President Buhari made a weighty allegation against the lawmakers. First, he alleged that they removed some priority projects of the federal government, replacing with theirs. Secondly, he accused them of sabotaging the executive’s effort of regularising the country’s budget on a January-December financial year

“It is in this regard that I am concerned about some of the changes that the National Assembly has made to the budget proposals that I presented. The logic behind the constitutional direction that budgets should be proposed by the Executive is that, it is the Executive that knows and defines its policies and projects.

“Unfortunately, that has not been given much regard in what has been sent to me. The National Assembly made cuts amounting to N347 billion in the allocations to 4,700 projects submitted to them for consideration and introduced 6,403 projects of their own amounting to N578 billion,” Mr Buhari said.

An analysis of the figures reeled out by Mr Buhari indicates that each of the lawmakers may have gotten an average 13 projects inserted in the budget if the ‘spoils’ were shared equally.

The National Assembly is made up of a maximum of 469 lawmakers – 109 senators and 360 members of the House of Representatives.

These projects will be different from the zonal intervention projects for which the lawmakers budget a N100 billion annually.

As in the 2017 budget, the lawmakers inserted the projects into the budgets of agencies and in the financial year employ several means to have their projects executed.

Mr Buhari also expressed concern over the National Assembly budget which has risen by N14.5 billion from N125 billion to N139.5 billion.

The National Assembly was quick to put up a defence.

In a statement by the House of Representatives Spokesperson, Abdulrazak Namdas, the lawmakers said the budget of the National Assembly “is still far below the N150 billion in the years before 2015’’.

In similar statement, the Senate spokesperson said the National Assembly has “directed chairmen on committees on appropriations to provide item by item, detail explanations on all points raised by the President for the benefit of members of the public.” 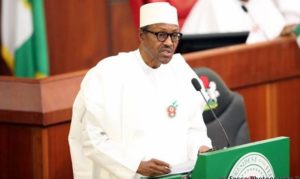 President Buhari’s allegation has revealed that the anomalies of insertion of projects by members of the National Assembly, which formed the core of controversies in the passage of the 2017 budget, have not been corrected.

In 2017 when Mr. Buhari was away in London for medical treatment, the issue of insertion of projects by the National Assembly came up prompting a high profile meeting between the leadership of the two arms of government.

The lawmakers promised to favourably and urgently consider the request.

On July 18, 2017, Mr Osinbajo wrote to the National Assembly seeking the removal of the projects inserted by lawmakers.

The projects were itemised in a Schedule 2 attached to the letter.

However, as PREMIUM TIMES investigation would reveal, at least 34 of the inserted projects, which cost N11.5 billion, were funded by the Ministry of Finance.

Mr Buhari, perhaps deciding to take a rare conciliatory approach, in his Wednesday speech expressed his will to remedy the situation.

“However, it is my intention to seek to remedy some of the most critical of these issues through a supplementary and/or amendment budget which I hope the National Assembly will be able to expeditiously consider,” he said.

The Chief Executive of Connected Development (CODE), Hamzat Lawal, said the alarm from the executive is only a degeneration of the feud between it and the legislature.

“If they were in good terms, nobody will hear about budget cut or padding. It’s because there is this disagreement and the disagreement is not in favour of ordinary Nigerians. It’s for their selfish interest.

“This fight between the executive and the legislature tells you that it’s a fight between the political elites that have been consumed by too much power. Nobody is talking about funding for the health, education and other critical sectors, what they are concerned is how much is accrued to them for running cost, for official travels and others that does not bring meaning to the life of ordinary Nigerians.

“It tells you that our democracy is not moving forward. Till tomorrow, our budget is still a secret document around power. If this process was engaging and open, then we will not have what we are having today.”

He advised Nigerians to “start electing the right set of people and get our budgets right.”