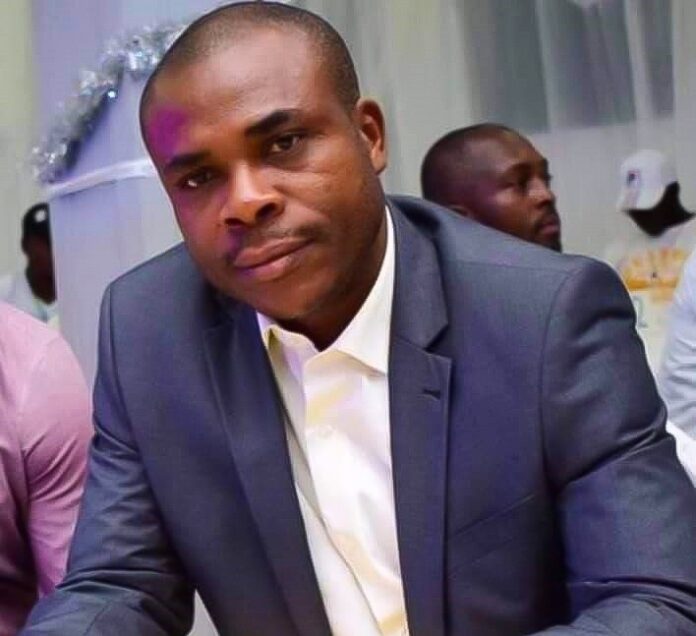 ‘You go just continue to dey waste your time. I just say make I clear your doubt,’

The armchair criticism of a sanctimonious Oshoma.

Liborous Oshoma, a presenter with TV360, derives his self-worth and importance from the simple fact that most of the people in government and in the political class have perhaps since the 4th republic been blatant in their abuse of power and disregard for the wellbeing of the ordinary Nigerians they are elected or appointed to serve.

So, armed with this default handicap of the political class, Oshoma goes after them one after the other from his moral high horse calling them names that actually describe their failure to live up to the mandate they receive from their people, with many of these actors, after they feel the sting of Oshoma’s attack, calling for truce and according him some regard and possibly some patronage.

Having successfully executed this interesting business plan on various targets for some time, Oshoma being an armchair journalist, expectedly failed to do some background check on his recently acquired target, His Excellency, Governor Godwin Obaseki, before firing a couple of salvos.

Oshoma, like most political detractors of Obaseki, still thinks it was a fluke that Edo people in their thousands rallied to deliver Obaseki from the onslaught of political gladiators across the country, including Comrade Adams Oshiomhole, Bola Ahmed Tinubu, the leadership of the senate and other billionaire politicians, handing him a landslide victory in an election that has become a watershed event in Nigeria’s political history.

Paraphrasing a popular quote from Winston Churchill: “until we as human beings honestly acknowledge and accept the reason for our failures, we are doomed to repeat them.”

Oshoma along with several followers of the movement that pitched itself against Obaseki’s revolutionary approach to government have continued to delude themselves about the reason why they fell faced down before him.

They have continued to deny the successes of the Edo Basic Education Sector Transformation (EdoBEST), which has reversed learning poverty in Edo schools; they have ridiculed the civil service reforms which has today birthed transformational change in the public and civil service in the state.

Like Oshoma, they belittle the impact of the Memoranda of Understanding (MoU) by the government, which today is the bedrock of progress witnessed across different sectors, birthing projects such as the CCETC/Ossiomo Independent Power Project (IPP), which is providing electricity to government offices and streetlights in Benin metropolis; Emotan Gardens Estate; Edo Tech Park, Edo Modular Refinery; the John Odigie Oyegun Public Service Academy, various agricultural initiatives such as the Edo State Oil Palm Programme (ESOPP), Edo Creative Hub, among others.

They say EdoJobs is not delivering results, let them ask Asemota Uwa, who today is a Facebook Developer Community Manager in Edo or Miss Blessing Omobude, who is a Mechanical Engineer with Diverse Autocares Center at the Edo Production Center, or Miss Valerie Osawe-Edoh, who makes some of the best shoes out of the state from the centre and is employing other youths. They can also ask Mr. Stanlee Ohikhuare, a renowned filmmaker, who is shooting world class, cinema-rate movies from the Sir Victor Uwaifo Creative Hub and employing Edo youths as cast and crew, leveraging the soundstage built by the state governor and managed by EdoJobs.

Edojobs has indeed created thousands of jobs across the state and continues to provide top-of-the-range training opportunities for school leavers and graduates so they can become gainfully employed and also empowered to set up businesses in Information and Communication Technology (ICT) solar energy, the creative industry, fashion and design, cosmetology, agriculture, among others.

Today, an army of software engineers are massing up in the state, with bespoke training at the Edo Tech Park, as different cohorts are undergoing world-class tutelage to boost the state’s technology and innovation ecosystem for global competitiveness.

Oshoma, in a curious display of his very limited understanding of the rudiments of business transactions in his recent missive, queried the conversion of the state library to a shopping complex. The obvious question begging for answer is how did the library get to such sorry state and what role did the people who are sponsoring him play in getting it to a state where it became so decrepit and dilapidated?

Obaseki in his innovative way of solving problems has brought in investors to develop the asset into a world-class shopping mall, leveraging private capital and restoring the library as part of the final structure being built to boost learning, economic activity and encourage the expansion of the retail sector in the state.

But Oshoma and his ilk will rather have the state own 100 percent of a carcass than 50 percent of a thriving enterprise. They remind me of what I used to witness with old, out-of-use cars parked in front of houses of middle-class families in the early 1980s. The cars had their tyres pulled out and were supported with blocks in front of these compounds. This was a sign that the family used to own private vehicles.

I then used to wonder why people would keep the dysfunctional cars hanging in front of their houses rather than sell to people who have the capacity to put them back in service or partner with others to have the cars back on the road.

The rhetoric on ‘classic MoU’ is stale as is Mr. Oshoma’s understanding of how government conducts business in the 21st century. Any serious individual would know that a government ought to benchmark best practices when it enters into formal agreements wherein the fine points of the transaction are spelt out and parties are obligated to follow the agreements to the letter. The street lights in Benin City today, which Oshoma confirmed in his missive even though he tried to cast aspersion on the project by making it look smaller than it actually is, are powered by electricity from a power company that was the product of the one of those MoUs he unwittingly lampooned.

The armchair journalist does not know his trade enough to investigate and find out that the so-called MoU with United Nations Institute for Training and Research (UNITAR) is what evolved into the John Odigie Oyegun Public Service Academy, which is perhaps the best public service training institute in the entire South-South region of Nigeria.

It is quite intriguing that a journalist, who should take his job seriously, is spewing what is supposedly facts without providing perspectives, contexts and benchmarks. Rather, he barefacedly launched a smear campaign using his platform, rubbishing the established hallmarks of journalism of balance and fairness in the process.

With the bile evident in the tantrums thrown by Oshoma during the episode on the TV programme, it is clear that Oshomah’s outburst is a product of bad journalism, a deliberate attempt to witch-hunt and a futile effort at subterfuge. Else, pray tell, how long does it take to set up a seaport in a developing country? Even the sister port to the Benin River Port, the Lekki Deep Seaport is not operational today.

Also, how long does it take to dualize a road in the heart of a city spanning several kilometers amid unpredictable rainy season made worse by the impact of climate change? The Federal Government has been unable to complete a lot of projects over the years including the Lagos-Ibadan Expressway, Lagos-Benin Expressway, among others, since 2015, even though it has more resources than most states.

Unfortunately for Oshoma, it is not Obaseki’s style to call you after such a hatchet job so as to help you ‘see’ things clearly!!! ‘You go just continue to dey waste your time. I just say make I clear your doubt,’ as our local comedians would often say.