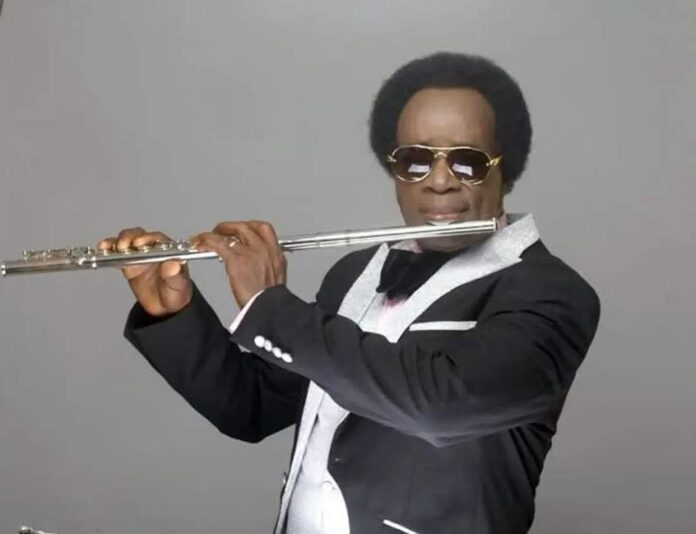 The Peoples Democratic Party (PDP) is shocked and saddened by the death of highlife music maestro, famous sculptor and academician, Sir Victor Uwaifo.

Victor Uwaifo PhD, was a highly talented Nigerian, who used his music, intellect and creativity to promote unity, and peaceful co-existence as well as our rich cultural heritage as a people.

“Guitar Boy” as Victor Uwaifo was popularly called, was a rare gem; a nationalist, who, for decades, ruled the airwaves, and used his music and arts to propagate the message of hope, faith, hard work, honesty, tolerance and patriotism; and left resounding legacies that will remain evergreen even for generations yet unborn.

Victor Uwaifo placed our nation in the world map when he won the Gold Disc Record with his popular hit, Joromi. His contributions to nation building earned him the national merit honours of Member of the Order of the Niger (MON), the first musician in Nigeria to be so decorated.

His versatility was further brought to bear as a commissioner in Edo state as well as a lecturer in the University of Benin, Edo State.

Our party is grieved that this legendary Nigerian left the stage at this time when the nation needs his wealth of experience, especially in mentoring the younger generation of Nigerians, is needed the more.

The party urges the Federal Government to take steps to immortalize Victor Uwaifo for his contributions to national development.

The PDP commiserates with the Uwaifo family, Governor Godwin Obaseki, the government and people of Edo state as well as the music industry and prays to God to grant eternal rest to departed and to the family, the fortitude to bear the loss.

North’s Recce And Lesson From A Madman…by Suyi Ayodele