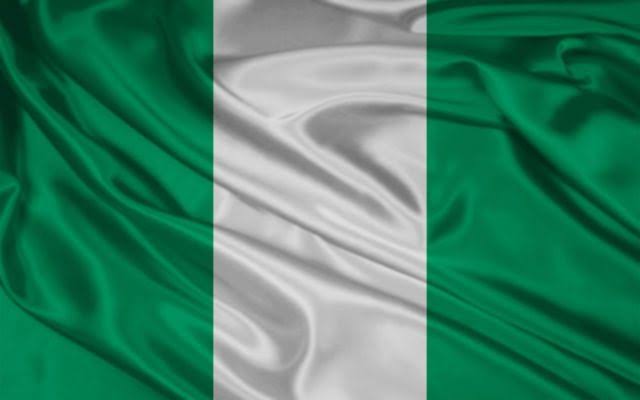 They once told a king about the existence of a rampaging tiger in his kingdom. He did nothing about it. Each time the carnivorous element devoured any of his subjects, the king would simply mourn, “oh, the trouble has gone.” One after the other, his subjects became depleted and those remaining started taking extra care.

Then one day, the tiger visited the palace and made a meal of the heir apparent to the throne. The king, in utter bewilderment, exclaimed “now, trouble has come”. He subsequently mobilised the marksmen among his hunters to hunt down the tiger. But alas, the tiger had killed all the hunters, before it came for the prince. This was when the king knew that neither him nor his household was safe.

This is exactly what is happening to us in Nigeria. The avatar, Chief Obafemi Awolowo, as far back as 1976 (45 years ago), warned about the current security situation in Nigeria. Some leaders are too futuristic to be ignored. The sage, Awolowo, was one of them. In the speech he delivered on March 6, 1976, to mark his 67th birthday anniversary, Awo, as he was fondly called by friends and foes alike, looked back at the February 13, 1976 assassination of the then Military Head of State, General Murtala Ramat Mohammed, on the streets of Lagos, and predicted that unless Nigerians rose to the occasion and took their destinies in their hands, they would live, in the future, in a society, where the lifestyle of the jungle would be of envy to mankind.

He titled his speech at that occasion: “A community in which a dog kills a tiger is unsafe to live in.” That, no doubt, was too apocalyptic; a prediction of an Armageddon of a place. In that piece, he referred to Murtala’s killer, Col. Buka Suka Dimka, as the dog, and the late Head of State as the tiger. Awolowo wrote: “Last February – on 13 February to be precise – a dog did kill a tiger along a traffic-congested street with many people around, and got away with it. If that happened to a tiger, what can we say of the sheep and the lambs?” Trust the inimitable Awo never to leave an issue hanging.

He pointed out where the real problem was then and still is, even now. Again, Awo spoke: “The fault is not in Nigeria as a physical entity that the structure of our society is like a pyramid with an extremely disproportionate base; it is we, her sons and daughters that have failed to rise, from time to time, to occasions dictated by Nigeria”. Those are timeless words. And they are made manifest even in our very present situation. The anomic society Awolowo predicted some 45 years ago is exactly where we live right now as Nigerians. From the coldest city of Pankshin in Plateau State to the forest of Sambisa in Borno, from the garden city of Port Harcourt, to the aquatic splendor of Lagos, and from the Rainforest of Igangan, Ibarapa, Oyo State, to the savannah of Adamawa, merchants of death follow us everywhere we go and kill us with reckless impunity.

We remain as helpless and hapless as any conquered people can be. And our leaders remain aloof, unmoved and unbothered by our collective calamities. Even in the animal world, where the tiger lives and where other four-legged creatures hold courts, there is more orderliness, more sanity and more respect for the sanctity of life than we have in present day Nigeria.

In the last one month, Nigeria has become a complete oxymoron. Our situation is a total paradox. We live in sharp contradiction of what is obtainable in every other sane society. We have become the very absurdity that the literary term, oxymoron, defines. If not so, Governor Nasir el-Rufai of Kaduna State would not have asked that Kaduna indigenes in the University of Jos be evacuated because of insecurity, to Kaduna, where school children are kidnapped randomly and kept in the forests for months. Kaduna is itself so bereft of tranquil so much that the governor, months ago, withdrew his own children from the public school.

What is absolutely unthinkable in other climes has become commonplace in our country. We mourn our dead on a daily basis while our leaders remain unfazed by our situation. This is so, because our situation as the country’s hoi-polloi is not the situation of our lords of the manor, who preside over our affairs. Our leaders, top to bottom, without exception, have become like the Benin proverbial three wise monkeys, “who see no evil, hear no evil and talk no evil”. We have the very A-heroic as leaders; little wonder we move from bad to worse and worse to the very worst of unthinkability! The security of lives and property, which is one of the fundamental principles of the Nigerian nationhood, has become the exclusive preserve of only our leaders, their immediate families and their proxies who are holed up in the villa. The rest of us, flotsam and jetsam that we are, can perish in our thousands for all they care.

But thankfully enough, the chickens are coming home to roost. The anomic year of damnation, predicted almost five decades ago, is happening now. On Tuesday, August 25, 2021, “bandits”, or “terrorists” or “unknown gunmen”, visited the heart of our defence and defence structure. That was the day armed men stormed our Nigeria Defence Academy, (NDA), killed two middle-level officers and abducted one. Then, like the ghoul that they are, the killers walked away leisurely. While I can understand, though with acute disquietude, Boko Haram insurgents shooting down our military alpha jets at will, the way they did unchallenged on July 19, 2021, I consider the invasion of the NDA as the biggest military systemic orogeny of the century.

And if you consider this to be another “wailing wailer’s’” alarm, just, search for the elementary meanings of “Academy” and “Defence” and you will know how badly the terrorists, operating openly in our midst, have pushed us to a situation, chess players called, zugzwang, such that anywhere we go and any move we make, will be at a colossal damage to our psyche as a people. Now, it is obvious that nowhere is safe and nobody is safe, including those who lord it over us and who think that the retinue of security personalities attached to them is enough fortress. The Holy book says when the shepherd is struck, the herd will scatter.

This is what Awolowo saw in 1976, when he interrogated thus: “If that happened to a tiger, what can we say of the sheep and the lambs?” My people have a saying that any wind which blows off the goods of an “ogi” (corn starch) seller, must have rendered useless, the wares of the yam flour seller. If our own NDA could be attacked and decimated in such a brazen manner, little wonder our school children are picked up like snails from their dormitories. And like in other cases before it and the ones yet to come, eight full days after that ugly incident, no single suspect has been arrested.

Yet, NDA is supposed to be “a place of study or training in a special field”; and this time around, where the “methods of defence against attacks” are taught and learnt. That is the same place, some nondescript gunmen rendered defenceless. But the problem, as pointed out earlier, is not about the size of the country, but about her leaders and her people. We have left so many things to fester and they are already in bad shape. Unfortunately, especially for this epoch, we have on the top of the leadership pyramid, a man who derives pleasure in breaking all the bad records he himself set.

The present leadership, with its level of intolerance, predilection for primordial interests and huge sense of commitment to negative personal convictions, has succeeded in putting the country on the reverse gear at a very dangerous bend of the road. And in all honesty, while the number one man in the entire shenanigans that threw up this present leadership takes the lion’s share of the blame, those who dressed him up in borrowed and unfitting robes and who still want us to appreciate the aesthetics of the flaccid garment, are equally guilty of the tohubohu the nation has been thrown into.

We are on course if we ask history to record them all on the black page. That is their space in the reckoning of posterity. But for a government that is deliberately deaf, the cacophony of “wailings” Nigerians have engaged in, in the last six years, is enough to make the deaf to hear. But our elders say “you only wake up someone who is sleeping and not the one who is pretending to be asleep”. Our consolation lies in the fact that in the calamities to come, nobody shall be spared. It is already happening. We read in the news nowadays how government officials, aides of the “ogas at the top”, their relations and acquaintances are being sent to their early graves by the same killers the government is pampering.

We have lost more officers and men of our Armed Forces to bandits and other felons than we lost to any conventional war. Generals, from any arm of the military, are being killed on the highways, on their farms, homes and even on the streets. Most politicians now stay in the state capitals, yielding their constituencies to the “unknown gunmen’’ of this season. What goes around comes around. It is no longer the case of the commoners being killed; we are all dying by installments.

When Alexander the Great, who ruled over the ancient Greek kingdom of Macedonia penned: “I am not afraid of an army of lions led by a sheep, I am afraid of an army of sheep led by a lion”, he surely had Nigeria in mind. Nigeria has the potential to be a great nation but her problem is the present cataleptic leadership which has held her bound to violence to the chagrin of the majority of her citizenry as well as the international community, who must wonder why we seem so cursed.