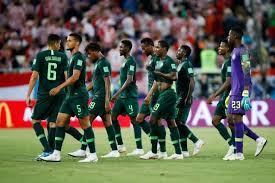 Coach of the Teranga Lions of Senegal, Aliou Cissé and his merrymen are heros across the African continent.

Very little was expected from the Senegal national football team.

They came into the match against Poland as extreme under dogs but they hit the ground running and earned all three points.

Here are 4 lessons Gernot Rorh and his Super Eagles should learn as they shift base to Volgograd to face Iceland.

1. Defend As A Team – No man is an island on the field of play and the idea statement “I did my part” should never be heard again.

Nigeria played friendlies against Czech Republic and England where our defensive frailties were significantly exposed especially during set pieces.

It seems we did not learn anything from those games.

The thought of Troost Ekong grappling with Mario Manzukic in the box or Etebo standing at near post are quite ridiculous. 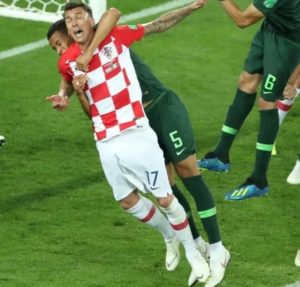 2. Play People In Their Natural Roles

He was quick to point out the mistakes made by Rorh especially his decision to play team captain John Obi Mikel up field ahead of Alex Iwobi.

“I was disappointed with Nigeria against Croatia, who now look better placed to qualify from this group.

The Eagles looked toothless and failed to get a clean shot on target for over 90 minutes.

On the flip side, Senegal’s Mane was allowed to play his natural position as a supporting striker and not a playmaker. 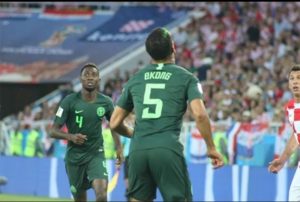 3. Start And End Each Half Attacking

Hoping to suck up the pressure and counter attack is quite foolish especially from the blast if the whistle.

Cissé was smart enough to keep his team on the front foot and ensure the Polish team was defensive for the a major part of the first half.

The first goal scored by Thiagi Cionek was a forced error due to tremendous pressure from the Senegalese attack line.

Our Eagles must refrain from passing the ball side ways for most minutes they have possession.

Moving forward intelligently and opening up option which running straight at the opponent could yield more fruitful results.

4. Stick To What You Know

It’s often great to try to spring a surprise but it’s safer to stick to the tricks you know especially at this stage of the competition.

This is a team that played all through the qualifiers with 3-5-2.

Let’s perfect the things we know and stay away from experimenting during the matches proper.

Quick pace and lots of heart made their performance simply unforgettable and phenomenal.