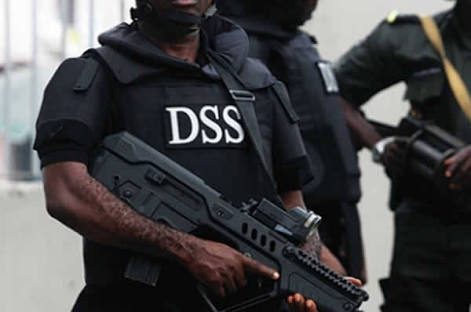 …Amidst fears of ISIS attacks 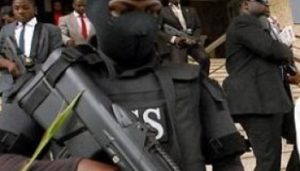 According to a statement issued by an operative of the service, Mr. Tony Opuiyo in Abuja yesterday the suspects namely Bashiru Adams and Rufai Sajo were arrested on May 5 this year during special operations on identified targets.

Although Africa and Nigeria in particular appears not to be on ISIS immediate focus, the return to Africa of former ISIS fighters from Iraq and Syria, as well as the existence of ISIS-linked groups, such as the technically-suave Abu Musab Al-Barnawi-led Boko Haram faction, calls for increased vigilance in the aviation sector to counter possible new strategies in the ISIS terror campaign.

However, despite the fact that no imminent threats were immediately identified by the federal government, the reported influx of ISIS fighters displaced from Iraq, Syria and other Middle East territories into Nigeria must have triggered off fresh security alert at the airports.

It would be recalled that a spokesperson for ISIS, Abu Hassan Al-Muhajir, had said on April 22 this year that the group was plotting to “bring bloodshed to the skies” as part of its new global terrorism strategy.

The threat was circulated through ISIS propaganda channels in broadcast and online media. A man was said to have taken a knife onto a plane and seated in the aisle, indicating that the threats might be carried out using knives or other sharp objects.

Nigeria has recorded several fatal air accidents in the past, but none was ever linked to terrorism. But recent claims that ISIS fighters are entering Nigeria through its West African affiliate frequently unsettle federal government prompting new security measures.

Speaking further on the arrest, the DSS operative said that in a related operation on April 28, the service also arrested one Umar Dogo, a suspected member of ISWA at Muda Lawal market in Bauchi adding that the suspects were discovered to have concluded plans to perpetuate the ideals of the group in the area, and in collaboration with Boko Haram, carry out heinous violent attacks on innocent persons.

According to Opuiyo, following intelligence reports, two experts in Improvised Explosive Devices, IEDs, Adamu Hassan, aka Bale and Abubakr Abubakar aka Alhaji or Buba, were also arrested adding that two other members of Boko Haram, Mohammed Saleh, aka Azrak and Iliyasu Abubakar, aka Ruwa, were also arrested on April 12 and 19 at Gassol and Ardo Local Government Areas of Taraba state.

Opuiyo said in furtherance of the service`s operation, two members of the dreaded Basalube kidnap group, Usman, aka Siddi and Ibrahim Muhammed, aka Ganaja, were arrested on June 17 at Karu village in Abuja.

He said that during one of the operations, one of the group`s notorious members, Tambaya Umar was arrested on April 24 at Odigie village, Ovia North East Local Government Area of Edo and that Umar was arrested alongside Ibrahim Ali, Abubakar Mohammed, Aliyu Manu and Umar Mohammed for their complicity in the group’s numerous criminal acts.

He said that on March 27 the service also arrested five members of a kidnap syndicate at Calabar namely Simeon Paul, Emmanuel Etim, Eric Out, Famous Oleke and Felix Eshet.

He further disclosed that items recovered from them include: one AK-47 Rifle, three empty AK-47 Magazines, 38 rounds of live ammunition, two live rounds of 9mm ammunition, one Mossberg pump action rifle and 15 live cartridges of ammunition adding that between May 9 and 29, several associates of the dreaded kidnapper, Terwase Akwasa, aka, Ghana were also arrested at various locations in Benue.

He said that the during the operation, three suspects, Ada James, Tikaa Desmond and Joseph Ikpa were arrested with a Toyota Venza Sport Utility Vehicle while in another operation in Katibu village, Lau local government area of Taraba state, a joint team of the service, military and police encountered 100 armed herdsmen, adding that “during the confrontation, 10 herdsmen were killed and several others escaped with bullet wounds.”

Items recovered from them according to him include: two AK-47 Rifles, one G3 rifle, three Dane guns, two cutlasses, and four motorcycles.

The operative said that the service also arrested suspects in connection with kidnapping and cultism across Nasarawa, Edo, Delta, Osun, Lagos, Kogi and Ondo states stressing that with the arrests, calm would return to the otherwise volatile areas where the criminals had held sway.

“The Service is therefore poised to consolidate on these successes and bring about an atmosphere in which law-abiding citizens will pursue their legitimate businesses”, he explained.

He called on members of the public who have useful security information not to hesitate to volunteer same to the appropriate security agencies and formations.