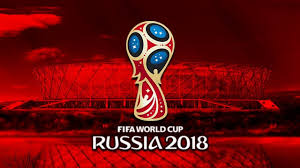 FIFA condemned comments by Diego Maradona on Wednesday, after the Argentinian legend claimed that Colombia only lost to England in the World Cup last 16 because of the appointment of referee Mark Geiger for the match.

The 1986 World Cup winner said England’s win was a “monumental robbery” after Gareth Southgate’s men edged through a bad-tempered encounter on penalties on Tuesday.

“I apologise to all the Colombian people, but the players are not to blame — here is a gentleman (FIFA referees boss Pierluigi Collina) who decides to choose a referee who, by googling him, can’t be used for a match of this magnitude,” Maradona told Venezuelan TV channel Telesur.

Maradona was at the match as a guest of FIFA and was pictured before the game wearing a Colombia shirt.

Football’s world governing body responded, saying it was “extremely sorry” to read the comments from “a players who has written the history of our game”.

“Following comments made by Diego Armando Maradona in relation to yesterday’s round of 16 game, Colombia v England, FIFA strongly rebukes the criticism of the performance of the match officials which it considers to have been positive in a tough and highly emotional match,” a FIFA spokesperson said in a statement.

“Furthermore, it also considers the additional comments and insinuations made as being entirely inappropriate and completely unfounded.”

Geiger awarded England a second-half penalty after midfielder Carlos Sanchez wrestled Harry Kane to the ground, but also punished an apparent headbutt by Colombia’s Wilmar Barrios on Jordan Henderson with only a yellow card.

“It was clear that in the 50-50 calls, he always sided with England and this is a disgrace in the round of 16,” said Falcao.

Geiger was suspended from international football for six months after several controversial decisions during a 2015 Gold Cup semi-final between Panama and Mexico.

He also refereed Colombia’s 3-0 group-stage win over Greece at the 2014 World Cup.

“The sheer effrontery from the fella who punched one in. You’ve got to hand it to him.”

England face Sweden in the last eight in Samara on Saturday.

Germany bows out of the World Cup contest after 2-0 loss...