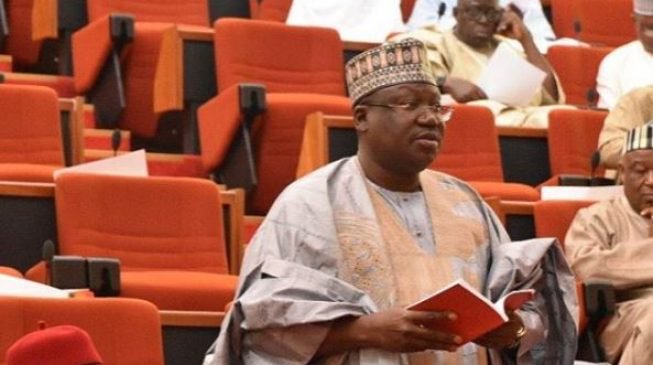 Post Views: 659
By Seun Opejobi
The Senate Majority Leader, Ahmed Lawan, says the issue of impeaching President Muhammadu Buhari has been laid to rest.
Lawan said the United States, US, President, Donald Trump’s confirmation that his country received $496m from Nigeria for fighter jets, has put the issue of impeaching Buhari to rest.
Speaking with Daily Trust, the Senator noted that impeaching the president holds no weight because “we didn’t lose money as a country.”
The lawmaker insisted that Buhari cannot be impeached for taking an “action to save Nigerians.”
According to Lawan, “I don’t know what the committee will report. I will rather guess but this committee is a representative of the senate and indeed the national assembly. So, since it has been confirmed that the money has been paid to the US treasury and President Trump has also confirmed it, I think this has laid the matter to rest.
“I’m not sure there was any serious motion for the impeachment of the President. If anybody did that, I’m sure the person misunderstood the entire process of parliamentary scrutiny
“My understanding of parliamentary scrutiny is to ensure that no public resources and money are lost. The release of $496m for the purchase of Super Tucano by the President has shown that no money was lost; more especially when the President of the US, Donald Trump, in discussion with the president said the American government is in receipt of the money. That goes further to confirm that we didn’t lose money as a country.
“So we really have not lost anything and I think this should give consolation to everybody because the fear will always be that someone took advantage and money was lost.
“How can we impeach the president for taking action to save Nigerians? It has been confirmed that the money has been paid to the US government.”
Tweet
Pin
Share
0 Shares