Home News John Mayaki: The enemy of the good people of Edo 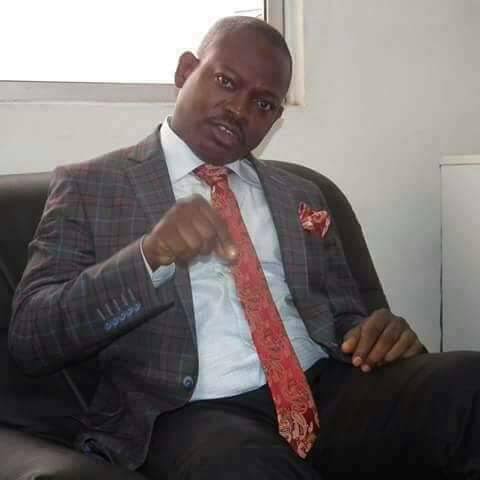 Our people say that the man that the gods wants to kill, they first make mad. On that, the recent hogwash and tirade of Mr John Mayaki can be premised.

He is a sad case of a vengeful and bad dismissed worker.

A man, those who worked closely with, have since dismissed as one going through the throes of journalistic oblivion and near mental dissolution, has nothing more to bring to the table than act the script of those who want to see Edo State return to the era of thievery, nonperformance, detachment from the will of the people and dare Devil thuggery.

He stated that he switched his allegiance away from the government of Obaseki once he discovered incompetence only months after Governor Obaseki was inaugurated, but everyone knows that was never the case, as he was rather dismissed as his service wasn’t needed.

His dismissal wasn’t the only change done, but a complete overhaul of his former office (the office of the Chief Press Secretary) to a more sophisticated office of the Special Adviser on Media and communication strategy, an office his infantile journalistic composition could not handle. One wonders if hadn’t been dismissed, if he would have found himself in the other side of the divide which is truly a very lonely side.

Months after his retrenchment, he was known to had become a nuisance of a fly that wanted back in the government, only this time he wanted in anywhere and any position that could at least guarantee his incompetency a monthly pay, since his only other pedigree was being a news correspondent.

Being that the highly sophisticated administration of Mr Godwin Obaseki had no place for such a fickle minded individual, he read the handwriting on the wall and that was how he found himself consoling and drooling behind his computer screen, finding solace only in the kind of tirade a girl jilted by his old flame can come up with.

Mayaki who can be described as a child exiled by his own people has no one listening to his tirade as all cerebral individuals see nothing substantial in his very self- contradictory treatise. One wonders how he on one hand alludes to the fact that Governor Obaseki is working tirelessly to provide infrastructural developments to the people and on the other hand wish to see his tenure short lived simply because he was shamefully dismissed from the administration. If that isn’t enough pointer to a case of frustration and desperation, what is?

Scores of corruption allegations have since been uncovered since his dismissal, from carting away equipment worth millions meant for the media office of the Edo State Government to misdirecting funds meant for Edo State personnel, he mustn’t run from pillar to post as there is no where under the sun he can run to avoid the day of reckoning. He will soon be shocked rather rudely that he cannot hide behind his computer no more or the many ghost and fictitious media characters he has transformed himself into recently.

Mayaki is a cursed child. One who unashamedly pocketed monies running into millions of Naira meant for publicity of our revered Benin Monarch’s coronation is undoubtedly cursed and little wonder his frustration and campaign of calumny has had no direction recently.

Those who must give clinical attention to this loon bin fellow must remind him that the day he must explain the whereabouts of such funds is drawing near. Many say for this and many other sins of his, he has not just being exiled by his own self concocted delusion but by his own people.

For a man that has a lot to account for while in office, Mayaki should be the last person on earth brandishing or calling for the accountability of the most prudent governor Edo has ever known. A governor that operates a road traffic — obedient and noiseless convoy of just 3 to 4 vehicles, and that has since ensured that overhead cost of all government appointed officials and their offices are properly accounted for should endeavor to give the silent treatment to this ignoble person of Mayaki.

The good people of Edo will not allow your name be soiled by a pea size and half baked blogger. If Mayaki wants to be better trained on blogging, he should get registered at the innovation hub at ICE road and be properly schooled, for cheap media publicity is not achieved by lampooning a performing Governor and trifling with the sensibilities of the good people of Edo State who are filled with the praise of the person of Governor Obaseki.

Of course, his articles ordinarily doesn’t deserve a response from the very progressive and result oriented administration of Mr Godwin Obaseki as to respond would be tantamount to explain away a tincture of the insanity he now clearly suffers.
He surely, is threatened and intimidated by the wide acceptability the ‘wake and See’ Governor enjoys. He is alone in the calls for Governor Obaseki to show his scorecard, as all he needs is take a ride in any public transport in the State and mutter the words, “Wetin Mr Wake and See don do for Edo State? “.

He undoubtedly would be schooled by the men who now enjoy easy access to their houses via the good roads Mr Governor has built; or by the youth who have been gainfully employed by the administration; or better still by the Women who now enjoy a thug free environment; or yet the elderly who are being paid their pensions and entitlements without delay. Mayaki must however be careful to not get stoned by these people if he dare State otherwise.

Indeed one doesn’t change a winning team, and as such the perfect formula that has got Edo working again under Governor Obaseki has come to stay.

He recently dragged the name of the Chief of Staff to Edo State Government, Mr Taiwo Akerele into his muddle of fictitious and unsubstantiated rhetorics where he is most comfortable, since he got no response from the Edo State Government, but instead received a backlash of criticisms from very cerebral Edolites who took him to the cleaners. For these and many others he has churned out, he has been getting a decent dose of shame. He has indeed learnt that one does not fight the wish of the people as the wish of the people is the wish of God. He must be properly guided forthwith.

Shutting the eastern ports: Consequences of a punitive policy