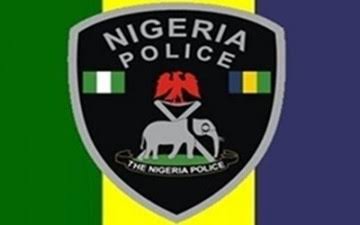 The Lagos State Command of the Nigeria Police Force says any hospital, either private or public, that fails to treat a patient with gunshot injury on the premise of no police report shall be “arrested and diligently prosecuted”.

This was disclosed in a press statement signed by the Lagos Command Police Public Relations Officer SP Chike Oti in reaction to a publication by Punch Newspaper that two private hospitals, including Reddington Hospital, refused to treat Adebayo Akinwunmi, an engineer who was shot by armed robbers in his house, for the lack of a Police report.

The Police described the action of Reddington Hospital as “as cruel; perhaps, an indication that the hospital management may be ignorant of the “Compulsory Treatment and Care of Victims Of Gunshot Act, 2017.”

The statement read: “In the light of this development, the Command wishes to inform all medical practitioners in Lagos state, that the Act demands that every hospital in Nigeria whether public or private shall accept or receive for immediate and adequate treatment with or without police clearance any person with gunshot wounds.

“The Act, however, requires the hospital treating such a patient to report the fact to the nearest police station within two (2) hours of commencement of treatment.”

According to the statement, the commissioner of Police, Imohime Edgal, was distraught by this and he directed all Area Commanders and Divisional Police Officers in Lagos State to henceforth arrest and diligently prosecute any medical practitioner who rejects a gunshot victim on the ground of no police report.

“The CP wants doctors to note that the Act recommends a 5-year-jail term for any person, hospital or authority who stands by or omits to do his bit which results in the unnecessary death of any person with bullet wounds,” the statement added.

Robbers broke into Akinwunmi’s house in Obafemi Owode Local Government Area of the Ogun State around 1am on Sunday, shooting him in the rib area before fleeing with some of the family’s valuables. However, when he was rushed to a private facility in the area, he was rejected because he didn’t have a police report. He was then taken to Reddington Hospital, the company hospital, where he met a similar fate.

From there he was moved to the Lagos State University Teaching Hospital (LASUTH) but there was no surgeon to attend to him due to the ongoing industrial action of health workers.

He eventually gave up the ghost at LASUTH.

Germany bows out of the World Cup contest after 2-0 loss...