Home News This is Benue State A one time “Food Basket of the Nation”. 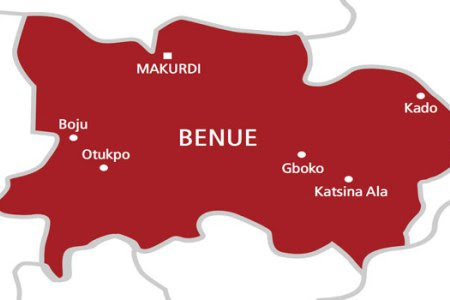 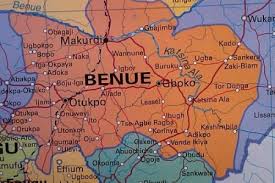 It has become a grave yard where Nigerians especially Christians are buried.
The scavenging Herdsmen who are the president’s kinsmen have been very prolific in turning children into orphans, women and men widowed. For some unlucky ones, an entire family and generation washed off.

To some over zealous persons, it is normal for the president to keep mute about this with no action to forestall sanity and security of life to this people whose lives is under serious threat everyday. It is good that he is busy using an entire national police paraphernalia to prosecute people like Dino Melaye and co who in a sane clime shouldn’t even be noticed.
Yes, the president is applauded for flaunting court order and holding back Sheikh El-zazaky, Olisah Metuh, Dasuki Sambo and co. President Muhammad Buhari fought an armless IPOB with the same Nigerian army that has not been able to curb the menace of Boko Haram that have laid siege on the North East and the Herdsmen who keep addressing Nigerian press because they have found a free zone for unleashing terror on Nigerians.
Let it be on note that the security and welfare of the Nigerian people is first on the priority of the government no matter which political party is ruling. It is therefore imperative to say that any government that fails to provide same, that government should be considered as a failed one.
The ruling party’s attempt to hoodwink Nigerians by brandishing lies and falsehood can be easily neutralized by the fact that they have failed to protect the vulnerable Nigerians. With much boast about what they will do when voted into power, it has become clear that the ruling party was just being “clever by half”.
If what is happening in Benue State and other states is something to be taken seriously, Nigerians indeed must join their heart, hand together to reject those who lured them into believing in one “CHANGE” mantra that eventually turned CHAIN. We must indeed break off that shackle that brought lost of lives, untold hardship upon our people. We must be fully involved in the reclamation of our sanity among the comity of Nations.
Nigeria will be great again if we can join forces together to stamp out the misfortune of President Muhammad Buhari and his ever people deceiving crew who are as incapacitated as any group of leaders a nation would ever have. The blood that have been spilled in Benue State is enough. The cries from the mass burial should provoke every right thinking person to stand out for a real change. Let’s all avenge them by kicking out these blood socking bandit that has inflicted our people with sorrow.