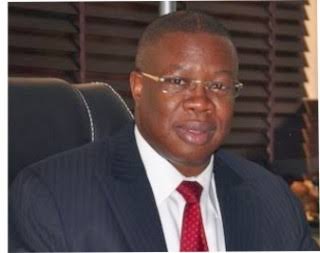 SUPREME COURT JUDGMENT ON ELECTIONS IN ZAMFARA STATE; PROFESSOR SAGAY(SAN) GOT IT WRONG:

I have carefully read the views credited to Professor Sagay on the judgment of the Supreme Court in respect of Zamfara State APC crisis which resulted in the pre-election action that gave rise to the said Supreme Court judgement under reference.

In the last couple of days, the said views have been widely published and circulated within and outside Nigeria. To the best of my knowledge, there has been no retraction of same. My take therefore is that the said views belong to Professor Sagay.

The electoral process in Nigeria is deeply regulated by statutes. The words of those statutes carry clear meaning in their ordinary interpretation and are unambiguous. They give the courts, including the Supreme Court little or no latitude in the application of relevant statutes to election situations in our country. What happened to APC in Zamfara State was self inflicted and cannot be blamed on the Supreme Court, INEC or other institutions. Against the clear guidelines of the statutory electoral umpire, APC fought itself like a dog in the manger and failed to present a list of duly nominated candidates to INEC for the 2019 general elections within the time frame provided by INEC.

Let it be clear that INEC guidelines have constitutional force by virtue of the provisions of item 15(a) of part 1 of the Third Schedule to the 1999 Constitution, which gives INEC the powers to organize the elections under reference. Such powers, include the power to set rules for the electoral contest. In such circumstances, no contestant( political party ) can toy with the laid down rules merely because it controls the central Government and hope to get a peck on the wrist.

The Zamfara APC case was initiated by aggrieved members of the party pursuant to section 87(10) of the Electoral Act. By the said action members of that party challenged the competence of the process employed during the primaries for the nomination of party candidates outside the period allowed by INEC in the Federal High Court. INEC itself made it clear to the whole world that APC in Zamfara had no candidates for the said elections. In a move ladened with poisoned chalice, a faction of APC in Zamfara rushed to the State High Court and secured an order compelling INEC to allow the irregular nominees of APC back on the ballot. INEC rightly complied with the said High Court order and APC purportedly won the elections in that State.

The Court of Appeal, Sokoto, reversed the decision of Zamfara High Court and held that APC fielded no candidates known to law in the said elections. The logical consequence of that is that APC did not participate in those elections. Why and how is this difficult to fathom?

At the time of the court of Appeal judgment, the elections had taken place . The judgment had to deal with the live issue of who won the elections. The Honourable Appeal Court left no one in doubt that there could only have been one winner and that was the political party that won the majority of lawful votes. There was nothing wrong with the elections on its own. Why cancel it? The problem was with the candidates of APC and not with those of the other political parties that contested the elections. Why should the Appellate Court have allowed APC to enjoy a second bite of the cherry from the records before it ? Would that have been justice to the other political parties that contested the election? Certainly not.

Political contests are similar to contests in Athletics. There is a price for non compliance with the rules. In 1986 or so, Ben Johnson purportedly won the Olympic gold medal in the 100 meters race. After the event, Carl Lewis who got the silver medal in that event lodged a complaint that Ben Johnson may have been involved in the abuse of banned substances. The International Olympic Committee investigated and confirmed the allegation. The race was not repeated. Johnson was striped of the gold medal and same was awarded to Carl Lewis. How is that different from the Zamfara episode?

Professor Sagay contended that he omitted the provisions of Section 140(3) of the Electoral Act from his essay. Why should the learned professor willfully ignore relevant extant provisions of electoral laws on a national discourse of this magnitude. He cannot pick and choose which of the relevant laws to apply in his call for a review of the said Supreme Court judgement. He is supposed to be an apostle of justice and must come clean on the alter of justice by x-raying all relevant provisions of our electoral laws in order to reach a just and logical call for review. So far, he has fallen short of that on his own admission.

The powers of the court to deal with pre-election matters are constitutionalized. Section 285 (9) of the Nigerian Constitution of 1999 as amended gives the court the power to deal with such matters while sub-section (14) defines pre-election matters to include complaints by aspirants in relation to the flouting of of Electoral laws or guidelines in the conduct of primaries by political parties or INEC. Clearly, the courts can deal with such matters and have inherent jurisdiction to reach appropriate decisions as determined by the facts of each case and relevant laws.

Although the learned Professor cited several decisions of the Supreme Court in support of placing substantial justice above technicalities, yet the cases he cited were largely on common law civil actions founded on an interpretation of certain provisions of the 1979 Constitution. With respect, they are inapplicable to the Zamfara scenario for a number of reasons. First, those cases did not relate to the interpretation of constitutional provisions on the conduct of elections. Second, the 1999 Constitution and the extant Electoral Act contain specific provisions on what can give rise to a pre-election action. Third, even the Supreme Court has held on many occasions that election matters are special matters and must be dealt with specially.

In Atiku Abubakar & Ords Vs Musa Yar’Adua & Ords, (2008) LPELR-51(SC) per Katsina-Ali, JSC(p.22, parasB-C), the Supreme Court held that “ An election Petition is sui generis. That is to say it is in a class by itself. Surely, this is no longer a moot point. It is different from a common law civil action”.

It can be comfortably argued that pre-election matters are sui genesis. They are in the same family with election petitions. They are time bound. They pertain to the events before an election with respect to compliance or non-compliance with election rules. They must be treated specially and not under the common law civil action proto- type as contemplated by Professor Sagay.

The votes received by APC in the elections in Zamfara State were indeed unlawful votes. The candidates of the Party were not on the ballot in the eyes of the law. They were busy bodies with respect to the said elections and could not have been given any recognition by law.

On the whole, the Supreme Court correctly evaluated the evidence on records and reached a decision that did not surprise discerning members of the public who followed the events leading to the said Supreme Court judgment. The call for review by Professor Sagay lacks merit and is an invitation to APC to abuse the court process which has its own sanctions. It is unnecessary and any such application would arrive the Supreme Court a dead piece of wood. Let the rule of law prevail.

Dr. Ehiogie West-Idahosa is a lawyer and a public policy expert.