Home News Saraki: Economy Is Failing Because Investors Know Buhari Is Not In Control. 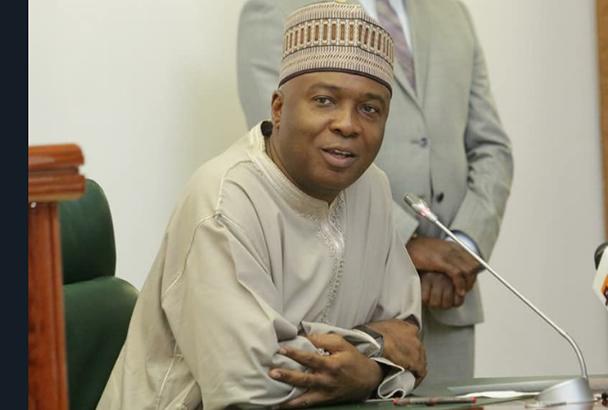 The Nigeria’s Foreign Direct Investment has dropped signficantly because foreign investors perceive that President Muhammadu Buhari is not in charge of the government and as such are not encouraged to do business with Nigeria, Senate President Bukola Saraki stated.

The Senate President made this claim barely two days after the United Nations Conference on Trade and Development revealed in a report that Ghana overtook Nigeria last year as West Africa’s largest recipient of FDI.

The report further stated that Nigeria’s FDI dropped by 36 per cent in 2018.

Speaking on AIT’s Kakaaki programme on Wednesday, the Senate President said Buhari had shown several times that there was a government within his government that was pulling string behind the scene.

Saraki, who is the Director-General, Atiku Abubakar Campaign Organisation, said with such an atmosphere of uncertainty, no foreign investor would want to invest in Nigeria.

He said, “They need to be sure that the CEO is in charge. They need to have that confidence.”

When asked if Buhari is not in charge, the lawmaker added, “But you know this. I think from the sights we have seen, it is now clear that the majority of these issues are being driven. You know we have said many times that there is a government within the government.

“It is clear that the private sector doesn’t have the confidence and that is why if you look at the level of direct investment in the country, you will see that it is low.

“But our own candidate would drive that. He would be able to engage the private sector and inspire confidence to put in investment.”

When asked why Atiku did not seize the opportunity of last Saturday’s debate to address investors and others Nigerians, Saraki said the former Vice-President would attend another debate next week.

He maintained that the Presidential election was a two-horse race and since President Muhammadu Buhari of the All Progressives Congress was absent, there was no point debating with others.