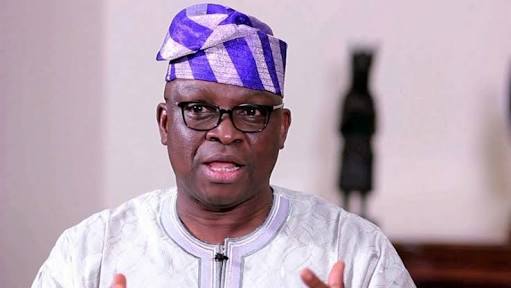 He said, “These people should rather fight their battle alone because when they were going to Obasanjo’s house to prostrate for him to get his support, they didn’t remember that he was a despot and that he spent $16bn on power.”

Olayinka challenged Buhari to go ahead and arrest Obasanjo, since he had challenged them to probe him.

“What are they waiting for? As far as we are concerned, Obasanjo and Buhari are allies in the comity of dictators and treasury looters. It was under Obasanjo that Buhari served as the Minister of Petroleum and the NNPC chairman in 1977 and N2.8bn oil money went missing from the accounts of the NNPC in Midlands Bank, United Kingdom. N2.8bn as of that time is like $2.8bn (over N1tr) now!”

“It is the height of hypocrisy for Garba Shehu to have said that none of the absurdities recorded under Obasanjo had happened under President Buhari.

“Garba Shehu should tell Nigerians what this government has done differently. Today, Nigeria under President Buhari is now a country where Nigerians are arrested and detained without trial and orders of the court to release them are brazenly disobeyed.”