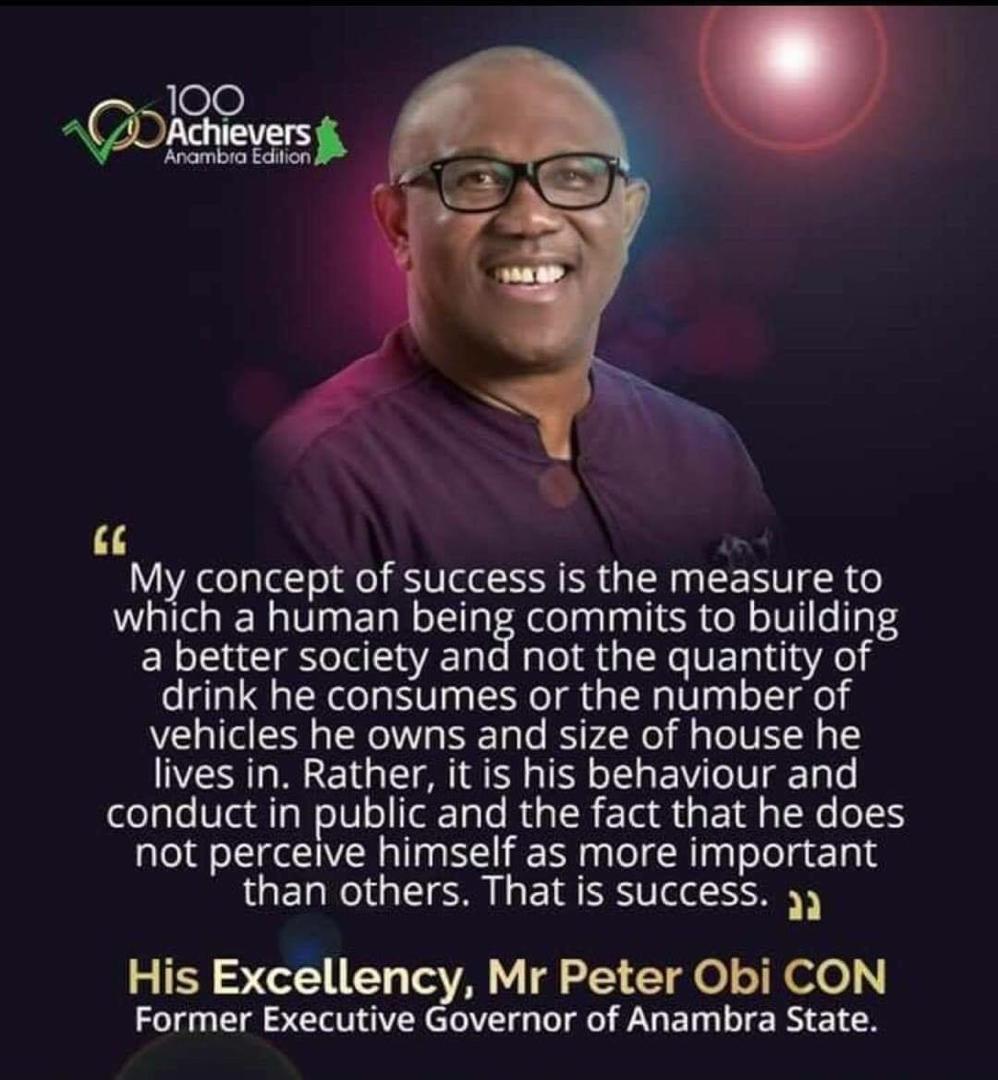 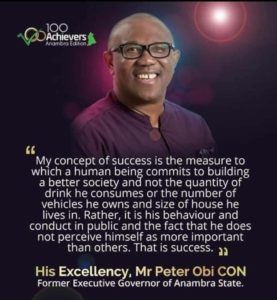 My take is that former Governor of Anambra State, Peter Obi is bound to strengthen the chances of the Peoples Democratic Party (PDP) in the scheduled 2019 Presidential elections. He will prove to be an asset to the Atiku campaign and also to the Nigerian government if the PDP wins the Presidential election. The announcement of his name has generated so much excitement in Igboland, particularly in his home state of Anambra where people broke out in dancing jigs at beer parlours, and free drinks were declared. Across the South East, his Igbo kinsmen are also similarly excited. Those who know him in politics and business attest to his good character, self-discipline, competence and fair-mindedness. I want to congratulate Alhaji Atiku Abubakar for choosing wisely and I want to disagree with those who argue that the Presidential candidate of the PDP should have chosen his running mate from the South Western part of the country.

The choice of a running mate of Igbo extraction is a politically deft move. The last time Igbos held the number 2 position in a civilian government was way back in the Second Republic (1979 -83). Since the return to civilian rule in 1999, they have either been Senate President or heads of key agencies (under President Obasanjo) or Deputy Senate President and generally junior operatives (under President Buhari) or held critical Ministerial positions or headship of agencies and departments –indeed the entire economic sector (under President Jonathan). But Ndigbo’s main interest is the big job: the Presidency of Nigeria. The choice of Peter Obi and his likely emergence as Vice President of Nigeria brings Igbos much closer to consideration for Presidency either in 2023 or 2027. For a people who believe that they have been short-changed by other Nigerians and that the civil war has not actually ended, the possibility of one of their own returning to the Presidency, 35 years after Ekwueme, is bound to promote a sense of belonging. By choosing an Igbo man, Atiku is also exploiting prevailing sentiments in Igboland. The average Igbo, either in the South East or in diaspora, is certainly not impressed by the Buhari administration.

The circumstances of Operation Crocodile Tears and the crushing of the rebellion of the Indigenous Peoples of Biafra Movement (IPOB), pitched Igbos against Buhari. Atiku is seeking to bring them back into the fold. Call it opportunism, but that is politics. A Yoruba running mate would have looked like the Buhari template. Atiku also probably knows that the Yoruba in the South West do not always vote as a bloc and that the South West is far more divided today than ever. The electoral value of the Yoruba man, Professor Yemi Osinbajo, who is Buhari’s running mate for now, except he changes him, lies more in his being part of a political group in the South West, and right now, even that group is divided, it has lost part of its grip, and its leader is fighting many political battles of his own. An Igbo running mate can guarantee bloc Igbo voting, in Igboland and from Igbos who are all over Nigeria. The votes may not necessarily be for Peter Obi as a person but for the Igbo nationalistic interest.

I say this because I have heard some people say Peter Obi may not even be able to deliver Anambra. I say to such persons that even the incumbent Governor of Anambra, Willie Obiano of APGA, who has issues with Peter Obi, or David Umahi, Ebonyi Governor (PDP) and Chairman of the South East Governors Forum, would dread being found out to be working against the possibility of an Igbo man emerging again as Vice President of Nigeria. In terms of political strategy, it can be taken for granted that the South South, still angry over how the Buhari government has treated President Goodluck Jonathan and others from that region, will also naturally vote en masse against Buhari. Technically, Atiku may have locked down the South South and the South East and can be sure of substantial votes from the South West where his promise of restructuring resonates well with the socio-cultural and political elite.

But why Peter Obi? Obi, Governor of Anambra State for eight years, survivor of election battles, has proven himself to be an astute politician and leader. As Governor, he blocked the leaky buckets. He reduced wastages and leakages. He led by example. He served the people. He left a healthy balance behind in the treasury. He was known across the South East as Peter the Rock or Okwute, and he more than any other former Governor has spent his time out of office, to prepare himself for a bigger role in Nigeria. He didn’t disappear from the radar. He didn’t take the option of going to the Senate which has become a retirement home for former Governors who go there to sleep and snore during plenary and collect heavy retirement benefits for saying nothing.

Peter Obi returned to school. He chose the lecture circuit where he shared his experience as Governor with Nigerians, mostly young Nigerians. He was always on point: he preached good governance, prudence, accountability and gave personal examples. He granted the media access to him and he granted interviews as frequently as he could. He became an analyst and something slightly close to being a public intellectual. He built a public persona as someone who understands business, politics, the economy and governance. He attended international programmes and built a network of contacts. He was my course mate at the Said Business School, University of Oxford and I can attest that he can hold his own confidently in the company of persons of extreme intelligence and superb skills. Above all, he is humble and approachable. He can fit into a team. He is young. He is also rich, but I hear he does not like to spend money! He is a strong member of the Catholic Faith, and he bears the name Peter. From what we know about him, his Peter will not deny Atiku whenever the cock crows. He has recognition, respect and relevance.

I will support the right presidential candidate – Obasanjo.