Home News APC AND THE TRAVESTY OF LOGIC! By Osa Director 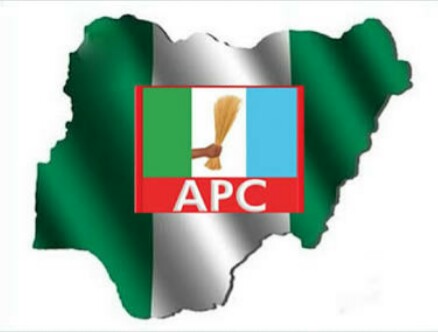 APC AND THE TRAVESTY OF LOGIC! 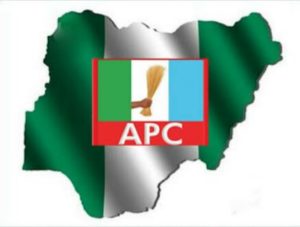 The ruling All Progressives Congress (APC), rode to power in 2015 on the mantra of change. APC achieved the rare historic feat of defeating the incumbent Peoples Democratic Party (PDP), by using cyber thugs and bullies to browbeat the undiscerning Nigerians into believing that President Muhammadu Buhari (PMB) would take Nigeria to her much-desired Eldorado.
In its desperate quest for power to unseat former President Goodluck Jonathan, several desperate promises were made to hoodwink Nigerians who earnestly yearned for a positive change.
But the first telltale sign of sloppiness, cluelessness and disappointment emerged when PMB who had contested The Presidency on four consecutive occasions, famed to be in possession of a magic master plan to rescue Nigeria from the abyss, was unable to name a Federal Cabinet in six whole months. In essence, 12.5% of its lifespan of a four-year mandate was wasted groping in the dark alley of political vacillation.
Sadly, when the Cabinet members were eventually announced, against the promise by PMB that it would be youthful, dynamic and peopled with new men and women of new ideas for a new age and time, save for a very few individuals, it was replete with analogue, tired and recycled political waste materials that have nothing fresh to offer the nation. In short, it was one of the most lackluster Cabinet the nation ever witnessed since May 1999 when civilian rule berthed once more in Nigeria.
For the incurable optimists who still stubbornly harboured hope and kept faith, they must have been disappointed that for more than three years, PMB’s administration is nothing but a classic dinosaur and worst form of democratic hue, where the President refuses to take responsibility for anything, more like a case of a bus conductor leading his driver. It is not difficult to fathom that President Buhari is directing the nation on the path of perdition and arrested development.
However, the tragic and brazenly nepotic, clannish and byzantine appointments and administrative gaffers of PMB remain a matter for another day. It is certainly worthy of scholarly intervention and analysis. But of immediate importance now are the red herring and spewing of bile by self-appointed Buharists, and indeed, The Presidency since the victory of former Vice-President Atiku Abubabar at the PDP presidential primary election in Port Harcourt, Rivers State.
Once again, the cyber thugs and bullies have invaded the cyberspace calling the former Vice-President unprintable names and accusing him of sundry crimes, known and unknown to law. Even the Strategic Communications Director of the APC campaign office, who is a lawyer, has joined the fray with an ill-conceived and hurried press statement dripping of ignorance, poverty of knowledge and unbridled partisanship.
Part of the statement reads, “Nigerians would want to know how candidate Atiku Abubakar intends to inspire a nation to believe in his ability to fight corruption in the face of very damning reports, both locally and internationally concerning his records on corruption whilst he was in public service as a Customs Officer and later when he was Vice-President of Nigeria.”
Unfortunately, the Strategic Communication Director of APC campaign could not say categorically of any conviction of Atiku of any crime by any court of competent jurisdiction anywhere in the world. As a lawyer who is expected to know better in matters like this, do you convict anyone, including Atiku based on hearsay?
If Atiku can be branded and blindly convicted as corrupt, based on “very damning reports both locally and internationally,” would it be fair to brand President Buhari as corrupt, based on the allegation and widespread reports of N2.8billion which was missing under his watch as Petroleum Minister? Would it be all right to pronounce ‘Mr. Integrity’ as corrupt with the damning reports both locally and internationally of 53 suit cases allegedly containing money, that were brought into the country circumventing Customs’ check at a time national currency notes were ordered changed by General Buhari as Head of State. What of the sleaze that took place under his nose as Chairman of Petroleum Trust Fund (PTF)? Will it be sound and acceptable to brand him corrupt, based on the commission of inquiry’s reports which were not made public?
While not condoning corruption in any shape and guise, the APC and its storm troopers need to be reminded that incompetence is worse than corruption, because incompetence encapsulates corruption and vices such as ethnocentric demigodism, religious fundamentalism, and vacuous ideological and intellectual capacity, which have characterised PMB’s government since May 2015.
Therefore, given a choice between fighting corruption and competent leadership, most Nigerians will choose a competent leadership, as a competent leader will plug all the avenues and leakages that give rise to corruption, rather than wait for it to happen and begin to run helter-skelter to catch the thieves, especially when only thieves who are not members of the “family” will be chased around.
It is high time the APC faced reality and owned up to its abysmal performance at the Federal level, and campaign on issues and programmes, rather throwing mud around with inverse logic, forgetting that those who fight in the mud must all get stained, irrespective of who started the fight!