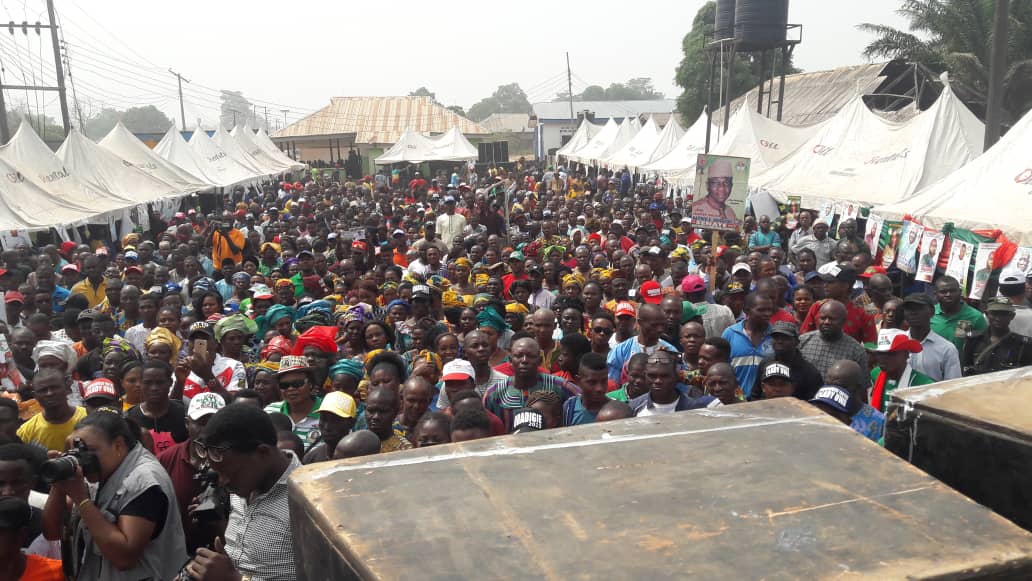 The Peoples Democratic Party (PDP) has alleged fraud in the proposed loan scheme for farmers in Edo State with billions of naira unaccounted for.

Edo State chairman of PDP, Chief Dan Orbih, said the State government had encouraged the farmers to pay the sum of N2000.00 (Two Thousand naira) each into a sterling Bank Account as one of the criteria to access the purported loan.

He dropped the hint yesterday at Abudu, headquarters of Orhionmwon Local Government Area of the State where his party campaign team berth to receive scores of members of All Progressives Congress (APC) into PDP. 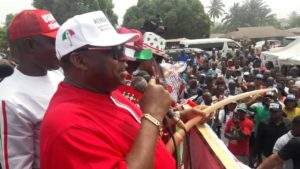 Orbih revealed that most farmers in the State ignorantly embraced the initiative with “trust” shortly after Mr. Godwin Obaseki became governor of Edo State in 2016.

As farmers in the State eagerly await the outcome of the benefits of the Central Bank anchor borrowers loan for them, he reminded the State government to fulfill it promise or return the farmers money…

…Today, has the government given you the loan? The answer is No!
he said.

Orbih also spoke on the need to return senator Urhoghide as that would give Edo South a ranking senator status and possibility of a principal office in the senate.

In addition, the chairman senate committee on Public Accounts and Edo south senatorial PDP candidate, Senator Matthew Urhoghide after reeling out some of his achievements, informed the people that he has commenced the legislative process of turning the College of Education located at Abudu into a Federal University of Education which he said has scaled through second reading.

Urhoghide noted that the PDP wasn’t competing with the All Progressives Congress (APC) but against the visible underdevelopment, hunger and suffering currently being experienced in the country.
Senator Matthew Urhoghide, representing Edo South Senatorial district, asked the people to re-elect him so he can add to to the existing constituency projects he had attracted to the locality.

At Ehor, the administrative headquarters of Uhunmwode Local Government Area, Lady Uwa Osunbor, PDP Candidate for Orhionmwon/Uhunmwode federal Constituency and the 2016 Governorship Candidate of PDP, Pastor Osagie Ize-Iyamu, gave a brief account of the PDP manifesto and urged eligible voters not to make the wrong choice in the forthcoming elections.

HRH Daniel Igiehon also endorsed other the PDP Candidates for the State House of Assembly and national  Assembly.

He said this when the State chairman of PDP, Chief Dan Orbih presented the PDP Candidates for support and royal blessing yesterday at his palace.

Igiehon said Senator Urhoghide has kept his promises with his constituency and has attracted a maternity centre to Uhunmwode Local Government Area.

He revealed that electorate in Uhunmwode will not re-elect people who had privatised the common wealth of the people and are unknown to the electorate.

He prayed for members of the party and urged them to promote policies that would attract development to rural areas.

On his part, the chairman of Public Accounts in the Senate, Senator Matthew Urhoghide, lamented the intolerable posture of the state government to opposition contributions to growth and development.

He said the health Centre has not been able to function due to the failure of the State government to deploy health personnel to attend to the needs of patients in the place. The government even failed to acknowledge the presence of the center. Senator Urhoghide concluded.

Edo State chairman of PDP, Chief Dan Orbih, had reeled out the manifesto of his party, emphasising that the All Progressives Congress (APC) led government of President Muhammadu Buhari has dashed the hopes of Nigerians.