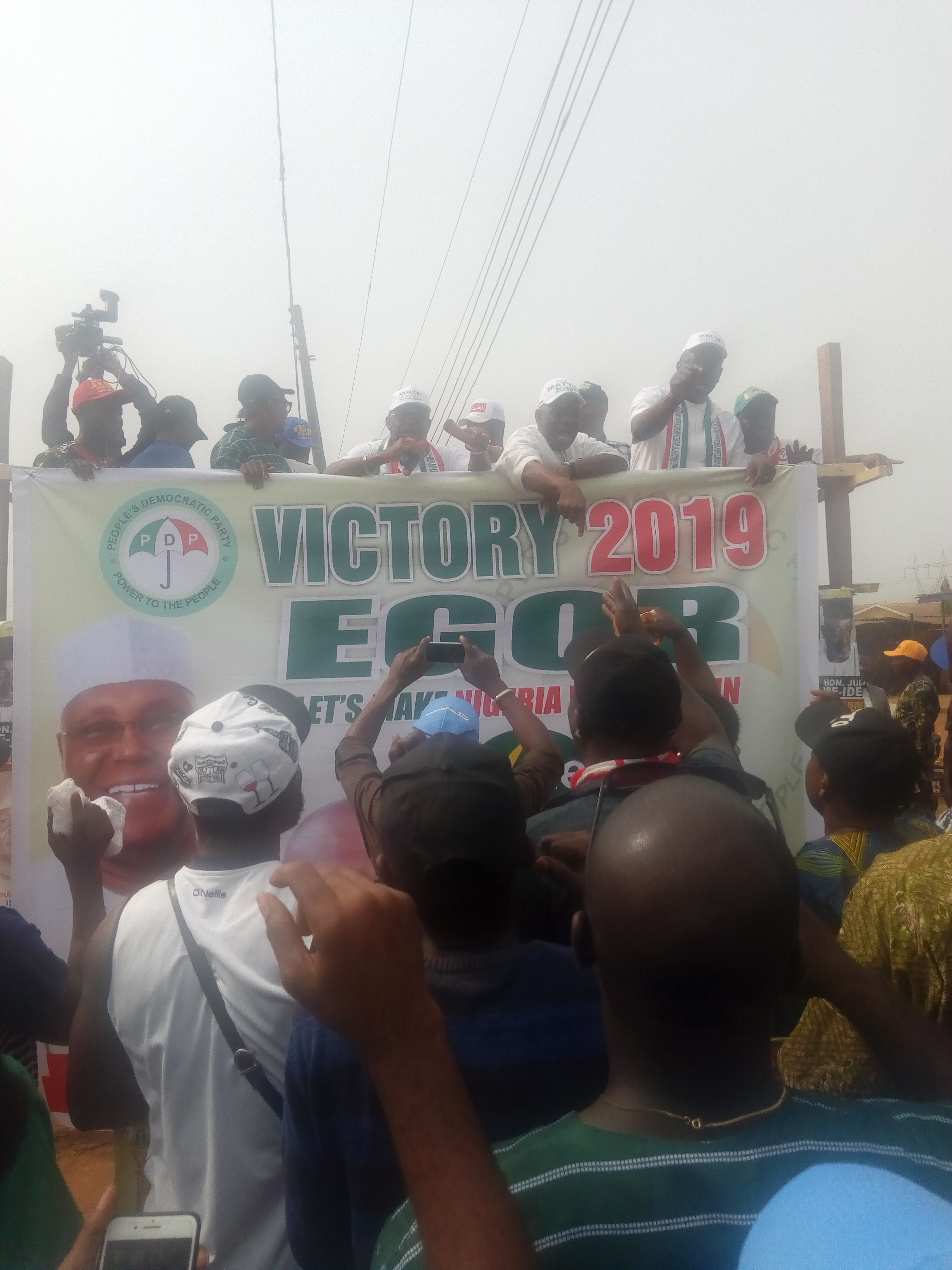 The Peoples Democratic Party, PDP, today took its campaign train to Ikpoba Okha and Egor Local Government Areas where large crowd of supporters welcomed them, to further seek the support of the people they have enjoyed over the years. 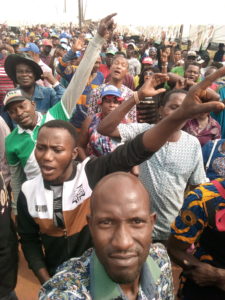 The state party chairman, Chief Dan Orbih, while speaking on the state of economy of Edo State, pointed out how the present government of Mr Godwin Obaseki is towing the line of the Adams Oshiomhole-led government, which plunged the state into indebtedness.

Senator Matthew Urhoghide stressed on the fact that the Buhari-led government have not only failed Nigerians but that the APC Edo State government has failed the people woefully, citing how the prices of goods and services have greatly increased over the past three years, and how under this government more youths have become unemployed than any other government in the history of Nigeria.

He also noted that true representation is about the people first and that he would not relent until he has done his very best for every community. He highlighted some of his achievements in Edo South and promised to do more when re-elected.  Senator Urhoghide’s presence is felt in over 85% of the 77 wards that make up Edo South Senatorial district. A re-elected Senator Urhoghide will give Edo south a ranking senator and an opportunity to have a principal office in the senate.

While the campaign trail left Ikpoba Okha for Egor, they were greeted by joyful market traders at the ever busy Oka Market, the state chairman, Chief Dan Orbih, DG of the Presidential Campaign, Pastor Osagie Ize-Iyamu, Senator Matthew Urhoghide, Hon Jude Ise Idehen, candidate for Ikpoba-Okha/ Egor Federal Constituency and the State Publicity Secretary, Chris Osa Nehikhare, came down to greet and interact with the market traders. It should be noted that they were not sharing tradermoni or any money whatsoever!

Speaking in Egor, Chief Dan Orbih said the current government of Edo State is by far the worst government since the mid-west.

He also tasked the security agencies to be neutral in the coming polls, and to allow the citizenry to exercise their franchise.

The PDP state chairman solicited for support and vote for Atiku Abubakar.

While rounding off at Egor, the state chairman received some decampees of the APC and welcomed them into The PDP.

The Campaign Trail of The PDP continues tomorrow.

Matthew Hassan Kukah at 70: A Tribute