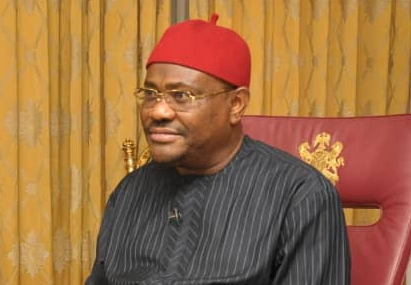 Governor of Rivers State, Nyesom Wike, yesterday, disclosed that the Independent National Electoral Commission, INEC, cannot be trusted to conduct a free and fair polls this year because of the inconsistent actions of the commission.

Wike who also noted that though Rivers people were peace-loving, they would resist any attempt to rig the elections in Rivers State.

While speaking in an interview on Channels Television’s Sunrise Daily. He stated:  “INEC has different interpretations of judgements  depending on where it is coming from. When the court nullified the Rivers All Progressives Congress, APC, primaries, a lawyer of one of the factions  wrote to INEC not to recognise any candidate because  of  the judgment. INEC wrote to APC notifying them of outcome of that judgment.

“INEC merely said they were in receipt of the letter requesting that INEC should obey. In the case of Peoples Democratic Party, PDP, INEC wrote to PDP in Ogun State,  where Buruji (Kashamu) dragged the party to court,  telling them they will comply. “When there is a judgement against PDP, there is immediate enforcement. When it concerns APC, INEC says they are studying the judgement.

In the case of Ogun State PDP, INEC quickly obeyed the judgement.” Wike also noted that the failure of President Muhammadu Buhari to sign the amended Electoral Act was a sign that the president  is not committed to credible polls. He said: “I was shocked that the president did not sign the Electoral Act. In my matter, the Supreme Court appreciated the card reader, but said it was not backed by law.

The governor said INEC should work as an unbiased umpire by ensuring that the Electoral Act was respected at all times  and due process followed in the conduct of elections.

Wike  alleged that INEC had been involved in several under-the-table actions in Rivers State since 2015. He said during the rerun elections, INEC connived with the Police to deny the people of Rivers East senatorial district their rightful mandate.

They try to manipulate the process against the will of the people,” he said.

The governor  noted that security agencies had played negative roles in over-heating  the polity in Rivers State. “It is INEC and security that don’t want us to have peaceful elections in Rivers State. Why do they want to capitalize on the claim that politicians are the ones that compel them to act illegally.

“Rivers people are peaceful, the only time we have crisis is when we see the electoral umpire being biased and security agencies working against due process in elections. We will continue to resist it.”