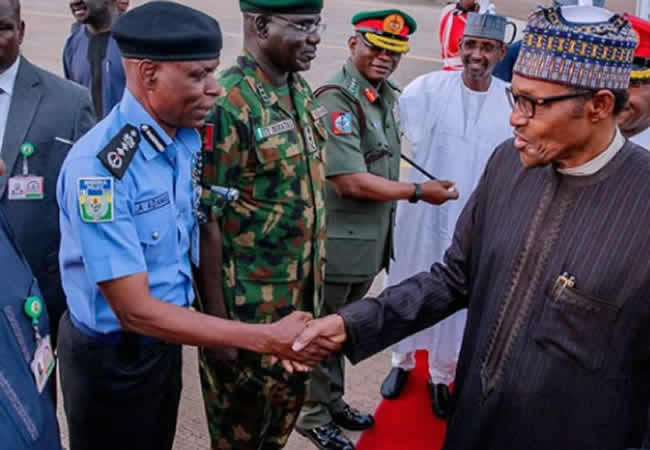 Mrs. Oby Ezekwesili, a former Minister of Education and human rights activist has attacked President Muhammadu Buhari for what she referred to as an “insensitive joke about insecurity.”

Mrs Ezekwesili was reacting to a video in which the President had equated the dwindling weight of the Acting Inspector General of Police, Muhammad Adamu, to his working hard at securing the nation.

After he arrived the country from his 10-day private visit on Sunday, a reporter had asked the President: “Are we likely to see a different approach in the fight against insecurity, especially kidnapping, which is a big issue now, Sir?”

And the President had responded: “You know, I have just seen the IG, he is… I think he is losing weight; so, I think he is working very hard.”

Ezekwesili took exception to the President’s response, noting that it was a “callous joke about insecurity after ten days of Buhari leaving his country for some opaque private visit.”

In a series of tweets on Monday, Ezekwesili said, “Citizens of every country have the power to determine how their political class can treat them;” noting that, “Until we are collectively ready to end the joke that our political class have turned Nigeria into, they’ll continue.”

She said she had frankly decided to never again waste her voice on a political class that has no redeeming prospect of caring about their citizens, “But I could not hold back at this callous joke about insecurity after ten days of Muhammadu Buhari leaving his country for some opaque private visit.

“And this is supposed to be funny? A President Buhari making a joke of the daily drenching of the country in the blood of his citizens who are killed daily without any consequence while he bears the title Commander-in-Chief?”

She then warned, “Carry on. Someday the citizens will be ready.”